‘India our indispensable partner’: US to support New Delhi’s presidency in G20 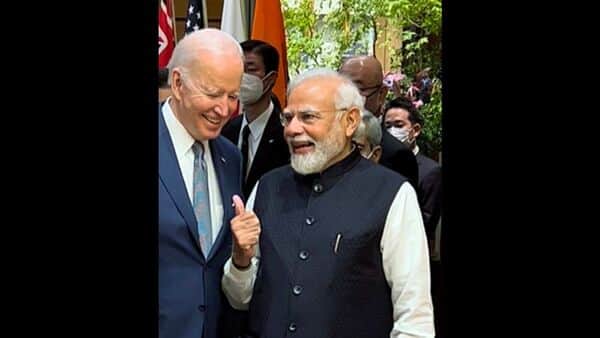 United States Treasury Secretary Janet Yellen, who is on a visit to India, asserted on Friday that India is an “indispensable partner to the United States”, while quoting President Joe Biden. Speaking at the US-India Businesses and investment Opportunities event in New Delhi, Janet Yellen said that the US will be extending support to India’s presidency in G20 to achieve shared global priorities.

“This is my first visit to India as Treasury Secretary, I’m delighted to be here as India celebrates its 75th year of independence and prepares to assume the G20 presidency. As President Biden said, India is one of America’s indispensable partners,” Janet Yellen said.

Union Finance Minister Nirmala Sitharaman also addressed the event and said that India has emerged as one of the fastest-growing major economies in the world.

India has recently surpassed the UK to become the fifth-largest economy in the world and is expected to be one of the top three economic powers globally over the next 10-15 years, Nirmala Sitharaman said.

With the economic ties between the United States and India touching new heights, the bilateral trade between the two countries has reached an all-time high of over USD 150 billion in 2021.

“Our strong trade, investment & people-to-people ties make bilateral, economic, & financial relationships, a critical element to our partnership,” US Treasury Secretary Janet Yellen said, adding, “Bilateral trade between the US and India reached an all-time high last year and we expect it to grow further.”

“Our people and companies depend on each other on daily basis. Indians frequently use WhatsApp to communicate, many American companies rely on Infosys to operate,” she said.

Quoting Joe Biden on “India an indispensable partner to the US”, Janet Yellen said, “That’s particularly true today. I believe that these urgent challenges are bringing India and the United States closer together than ever before.”

On the Russia-Ukraine war, Janet Yellen said, “Millions of people face extreme poverty and hunger since Russia’s war in Ukraine. PM Modi was correct when he said, this isn’t an era of war… Difficult times test us, but I believe challenges are bringing India and the US closer together than ever before.”