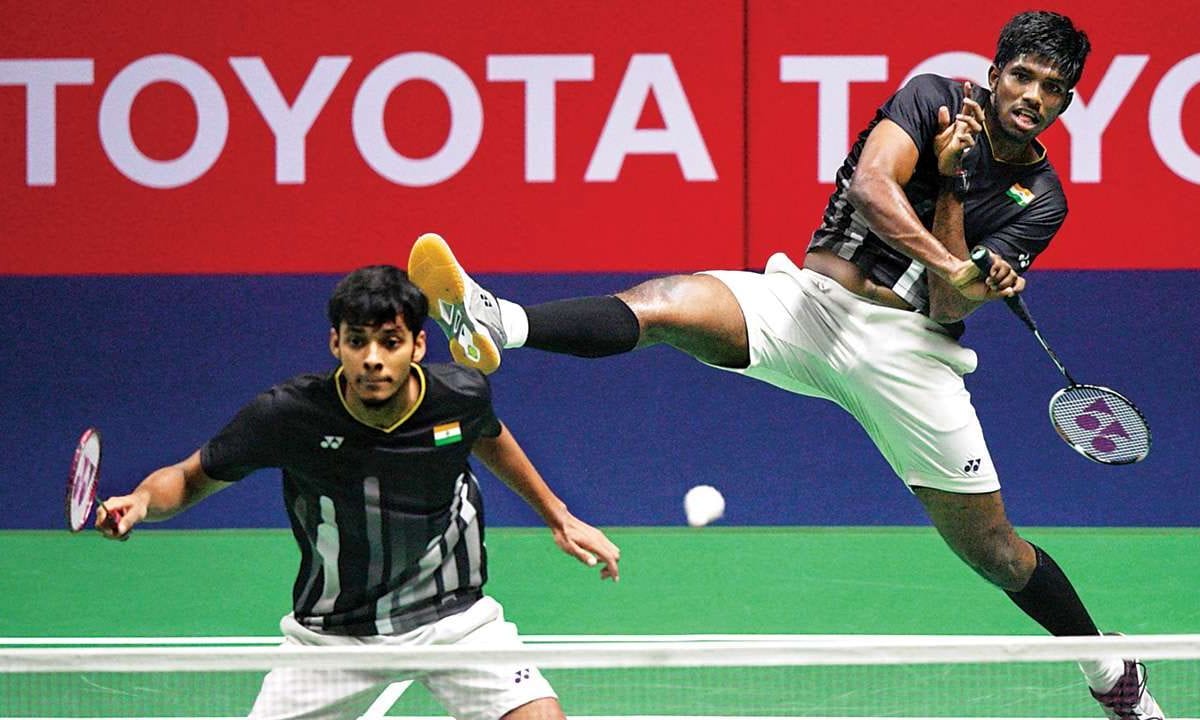 World number 10 pair of Chirag Shetty and Satwiksairaj Rankireddy cruised to a 21-10 21-18 win over France duo of William Villeger and Fabien Delrue to make it to the men’s doubles finals.

Chirag and Satwik will square off against three-time world champion Mohammad Ahsan and Hendra Setiawan from Indonesia on Sunday.

After the semi-final win, India’s top doubles pair set their sights on breaking into the world’s top-5 this year after becoming the first men’s team from the country to enter the finals of the India Open.

“As a pair, our main target will be to enter the top five and also to win a few tournaments because this is a big year, it is an important year with the world championships, Commonwealth Games and Asian Games, so there are quite a few tournaments we want to do well.”

Chirag and Satwik has won just once in four meetings against the three-time world champion pair of Mohammad Ahsan and Hendra Setiawan from Indonesia.

“We know whom we are playing, we have always idolised them. It is going to be a fun match and a learning experience,” said Satwik.

“We played them at French open but after that, we lost to them in Indonesia open. They will come without any expectations or pressure and we too don’t want to put pressure on ourselves and want to enjoy ourselves and give 100 per cent.”

Sharing his thoughts about the final, Chirag said: “The ones who will control the net tomorrow will be the one dominating. Even today the way they played against the Malaysians the match hardly lasted 30 minutes, which was quite fast for a men’s doubles match.

“They didn’t go for rallies, they generally try to serve well and we have to be ready for that. They may not be the fastest on court but they are smart.”

“We are good in attack, but I know they will not lift the shuttle, they will play in between and keep it to net, so we need to be extra cautious.”

Chirag had suffered a scare ahead of the tournament when he had tested positive but he turned negative in a repeat RT-PCR, which eventually paved his way into the tournament.

“It’s been quite a joy ride I would say. Just 3-4 days before flying out, I tested positive and I had to quarantine for 2-3 days but luckily I tested negative twice and now reaching the final, so it has been a dream run.”

Satwik said competing in back-to-back events and injuries have left him with hardly any time on his attacking game, something he is looking to address during next month’s break.

“I need to work more on court. I am a bit slow. But the problem is we are not getting time with back to back tournaments and then getting injured. If I have time we will work on special things. Luckily we have time next month. I am 95 % okay on court, but need to generate power, so we look to work on it.”