India has no shortage of foodgrain, assures Agricultural minister 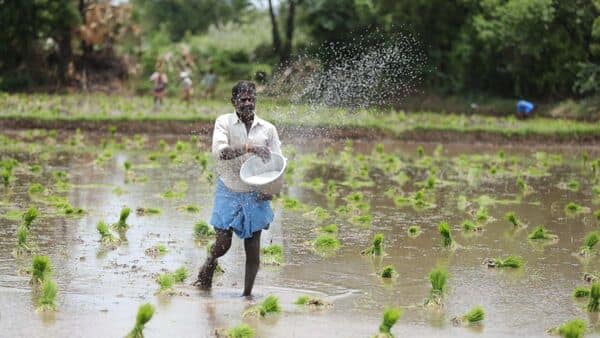 Foodgrain supplies in the nation are adequate to satisfy demand, according to Agricultural Minister Narendra Singh Tomar’s written response to Parliament on August 2. In reference to Centrally-owned food inventories held by the Food Corporation of India and quantities held by states on the Centre’s behalf, the minister said there were sufficient stocks in the “central pool.”

The agriculture minister responded separately that the Centre was unable to purchase as much wheat this year due to private dealers’ increased prices.

“The procurement of wheat has fallen due to higher purchase of wheat by traders as the market price of wheat has shot up due to the prevailing international geopolitical situation. Moreover, if the farmer gets a better price in comparison to MSP, they are free to sell their produce in the open market,” Tomar said.

To prevent a shortage of wheat for domestic use, India’s government limited wheat exports in an order dated May 13. Only private traders who had already established irrevocable letters of credit commitments and exports to nations that needed wheat for food security reasons, per their governments’ requests, were given an exception in the announcement. Shipments were curbed after record heat slashed production and drove up domestic prices.

Also Read: No GST on these 14 items when sold loose, clarifies FM Sitharaman

Later on, India allowed “some relaxation” of its order restricting wheat exports to allow traders to meet prior commitments, according to the trade ministry.

Wheat consignments that have been handed over to customs for examination, and registered in their systems on or before May 13, will be cleared for export, the ministry said in a statement. The government has also given the green light for a 61,500-ton shipment to sail from Kandla port to Egypt following a request from that government, it said.

The decision to prohibit wheat exports brought attention to domestic inflation concerns and added to a global trend of food protectionism that has been stoked by skyrocketing crop prices. Exports of palm oil have been prohibited by Indonesia, and grain shipments are subject to limits in Serbia and Kazakhstan.

India’s ability to grow rice is also in jeopardy at a time when countries are battling with increasing food prices and severe inflation. The total area planted with rice has reduced by 13% so far this season as a result of a lack of rainfall in several regions, particularly West Bengal and Uttar Pradesh, which produce 25% of India’s output.