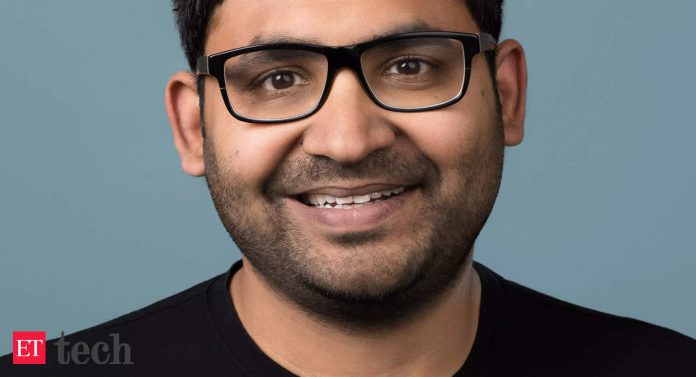 In a surprise move, Jack Dorsey said on Monday that he was stepping down from Twitter, a company he cofounded almost 15 years ago. Dorsey had tweeted a day before, “I love Twitter”, if that was any indication of what’s to come. He’s handing over the baton to Parag Agrawal, another India-born tech leader who will take charge at a US technology major.

Also in this letter:

India-origin technology executive Parag Agrawal was appointed as the new CEO of Twitter after the social media giant’s cofounder Jack Dorsey stepped down on Monday.

Dorsey will stay on the board of the company until his term expires in 2022. Agrawal, who became the chief technology officer in 2017, will be joining the board.

Agrawal, an IIT Bombay and Stanford alumnus, said in a note posted on Twitter that he is “honored and humbled” on his appointment and expressed gratitude to Dorsey’s “continued mentorship and your friendship”.

Indians at the top: The two most powerful executives at Twitter will now be Agrawal and another India-born — Vijaya Gadde, its policy and safety head.

Agrawal will join the league of several India-born executives such as IBM’s Arvind Krishna, Google’s Sundar Pichai and Microsoft’s Satya Nadella to lead large US technology firms that have a presence globally.

More about the new CEO: As CTO, Agrawal was the point person inside Twitter as it created Bluesky, which aimed to create a decentralised standard for social media. He has also been involved in the company’s crypto and blockchain teams. His appointment as the new CEO signals that the company will continue to focus on blockchain and decentralised technologies.

Agrawal joined Twitter 10 years ago when there were fewer than 1,000 employees.

He oversaw Twitter’s technical strategy and was responsible for improving the pace of software development, while advancing the use of machine learning across the company.

Other projects: Since December 2019, Agrawal has also been working on Project Bluesky, an independent team of open source architects, engineers and designers to combat abusive and misleading information on Twitter.

Bluesky is seeking to introduce a new decentralised technology, the idea being that Twitter and others will become clients of Bluesky and rebuild their platforms on top of the standard, Dorsey has said previously.

Before joining Twitter, Agrawal worked at Microsoft, Yahoo and AT&T Labs in their research units, according to his LinkedIn profile. 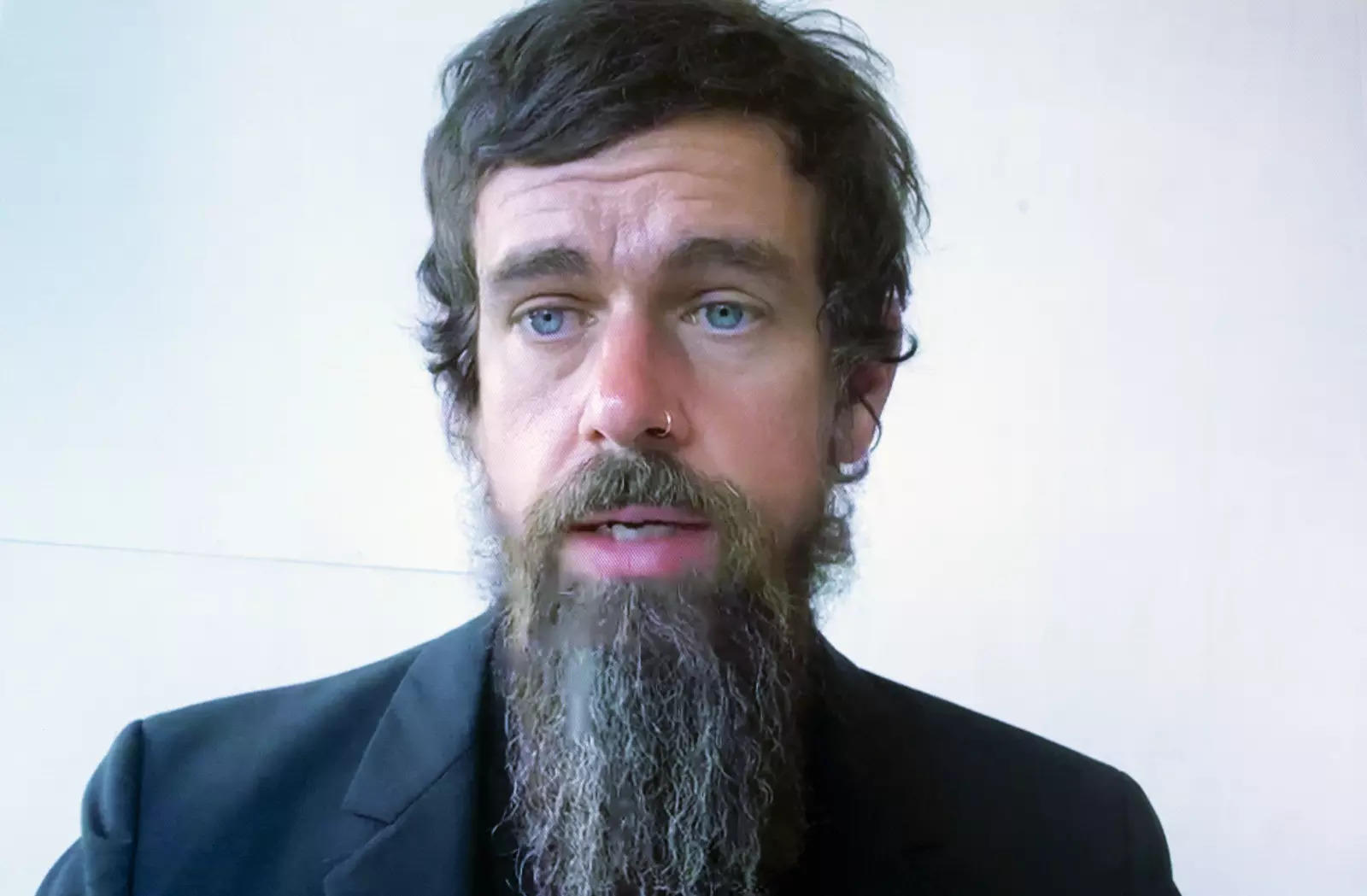 Quote: “While it was a decade ago, those days feel like yesterday to me. I’ve walked in your shoes, I’ve seen the ups and downs, the challenges and obstacles, the wins and mistakes… But then and now, above all else, I see Twitter’s incredible impact, our continued progress, and the exciting opportunities ahead of us,” Agrawal said.

Agrawal has been instrumental in tackling our most important priorities, including accelerating our development velocity, incoming chairman Bret Taylor said.

Outgoing CEO’s quote: “There’s a lot of talk about the importance of a company being ‘founder-led’. Ultimately I believe that’s severely limiting and a single source of failure. I’ve worked hard to ensure this company can break away from its founders and its founding…”

Dorsey on Agrawal: “The company is ready to move on from its founders…My trust in Parag as Twitter’s CEO is deep. His work over the past 10 years has been transformational. I’m deeply grateful for his skill, heart and soul. It’s his time to lead,” Dorsey said. 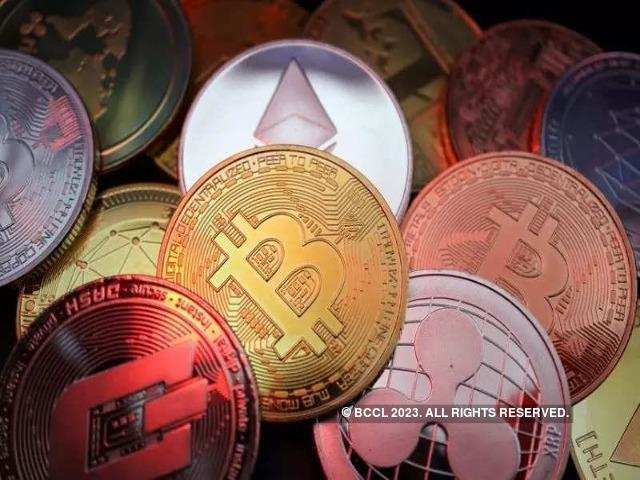 Curbs on peer-to-peer deals, tax on airdropped coins, capital criteria for exchanges, and a filtration mechanism to allow only a certain kind of cryptocurrencies were among proposals that were mooted in the course of separate interactions between lawmakers, Reserve Bank of India (RBI) and the crypto community while exploring a possible regulatory framework if cryptos are allowed to survive with restrictions.

Sources say: “A rule to route transactions through exchanges instead of P2P transfers between private wallets is likely so that cryptos changing hands don’t escape the regulatory net. The Standing Committee felt that since airdrops (of coins) are in the nature of gifts, they should be taxed,” a person familiar with the discussions told ET.

Call for independent regulator: The industry believes that the government should consider a separate regulator (like TRAI for the telecom industry) for the digital asset.

Even as few venture funds remain uncertain about entering India due to a potential ban on all private cryptocurrencies, Draper Dragon Fund, part of Draper Venture Network, is bullish on India’s prospects. “Crypto will work out fine in the long run in India,” said Andrew Tang, partner at Draper Associates. 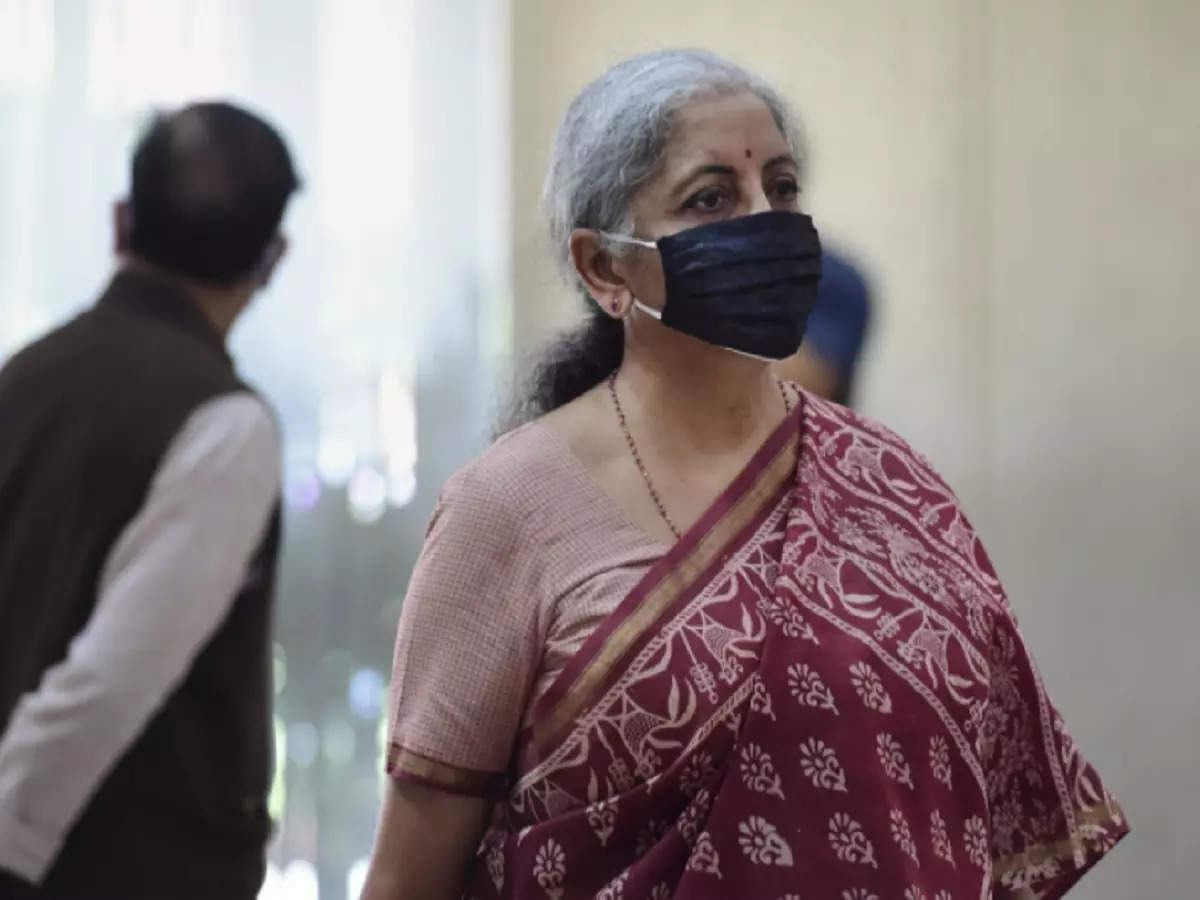 FM clears stand on Bitcoin: The government on Monday informed the Lok Sabha that there was no proposal to recognise Bitcoin as a currency.

The Reserve Bank of India is working on a phased implementation strategy to introduce a Central Bank Digital Currency (CBDC), it said.

The government intends to introduce the Cryptocurrency and Regulation of Official Digital Currency Bill, 2021, in the ongoing winter session of the Parliament. It seeks to prohibit all private cryptocurrencies and introduce an official digital currency of the central bank. 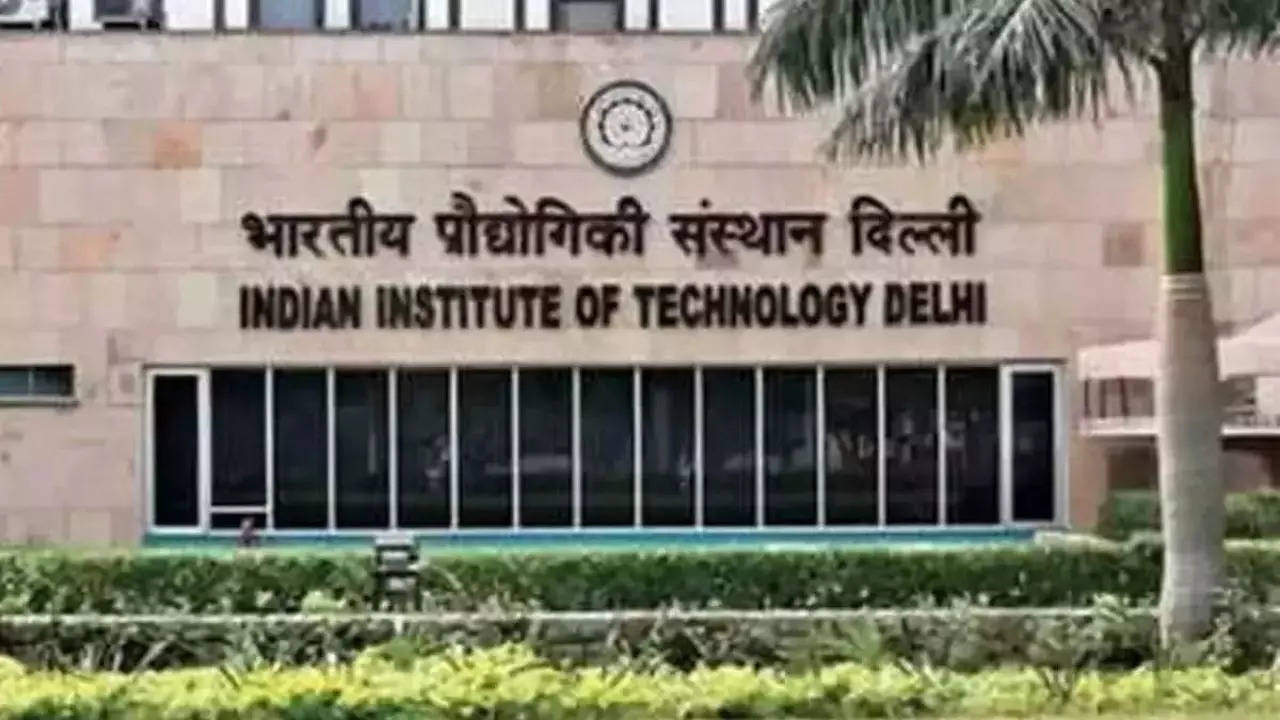 As global competition for tech talent scales new highs, top Indian Institutes of Technology are set to witness a spike in big-ticket job offers in the final placements for the class of 2022.

Uber, which hired for only domestic roles last year, may make US offers this year as it has signed up for both international and domestic roles.

Quote: “There is a rise in the number of companies visiting the campus this year,” said Anishya Obhrai Madan, head of career services at IIT Delhi. “For the first time, we see many domestic offers being better than international offers.”

Silicon Valley-based Glean said it is hiring for both domestic and US roles and giving students the choice of location. It is going to Delhi, Bombay, Madras, Kanpur and Kharagpur IITs to hire 8-10 engineers, according to Garvit Juniwal, product manager at Glean. “We are offering an annual compensation of $175,000 (approx Rs 1.3 crore) for US roles and Rs 60 lakh for domestic roles (including Esop),” he said.

Money matters: Da Vinci Derivatives confirmed it is offering an annual package of €153,000, or about Rs 1.3 crore, to IIT students this year in an email response to ET.

Uber may make an offer of around $250,000, or about Rs 1.88 crore, for US roles if they select a student, as per IIT placement cell members.

Trading firms like Quantbox Research and Graviton Research are expected to offer packages of upwards of Rs 90 lakh, including for domestic roles.

Other big names: Firms that have lined up to hire for domestic roles include Microsoft, Google, Goldman Sachs, Samsung, Quadeye, Flipkart, and Amazon. Other companies visiting IITs this year include Byju’s and Unacademy as well as 1mg and Netmeds.

Bessemer Venture Partners, one of the oldest early-stage investors in the region, has for the first time raised a dedicated India-focused fund of $220 million.

The change in strategy comes amidst an unprecedented flow of liquidity into the Indian new age economy companies this year by risk investors who are taking bigger and bolder bets on the companies here.

The fund, being raised entirely from global investors, will focus on companies across sectors such as consumer internet and cloud software, including marketplaces, digital health, social commerce, vertical and global SaaS.

Until now the firm was investing in India out of their global pool of capital and has so far backed PharmEasy, BigBasket, Swiggy, Urban Company and Perfios.

Its portfolio: Today, it has five companies within its portfolio valued at more than $1 billion including Livspace and MyGlamm. The firm has realised seven IPOs within India including Home First Finance, IEX and Matrimony.com, 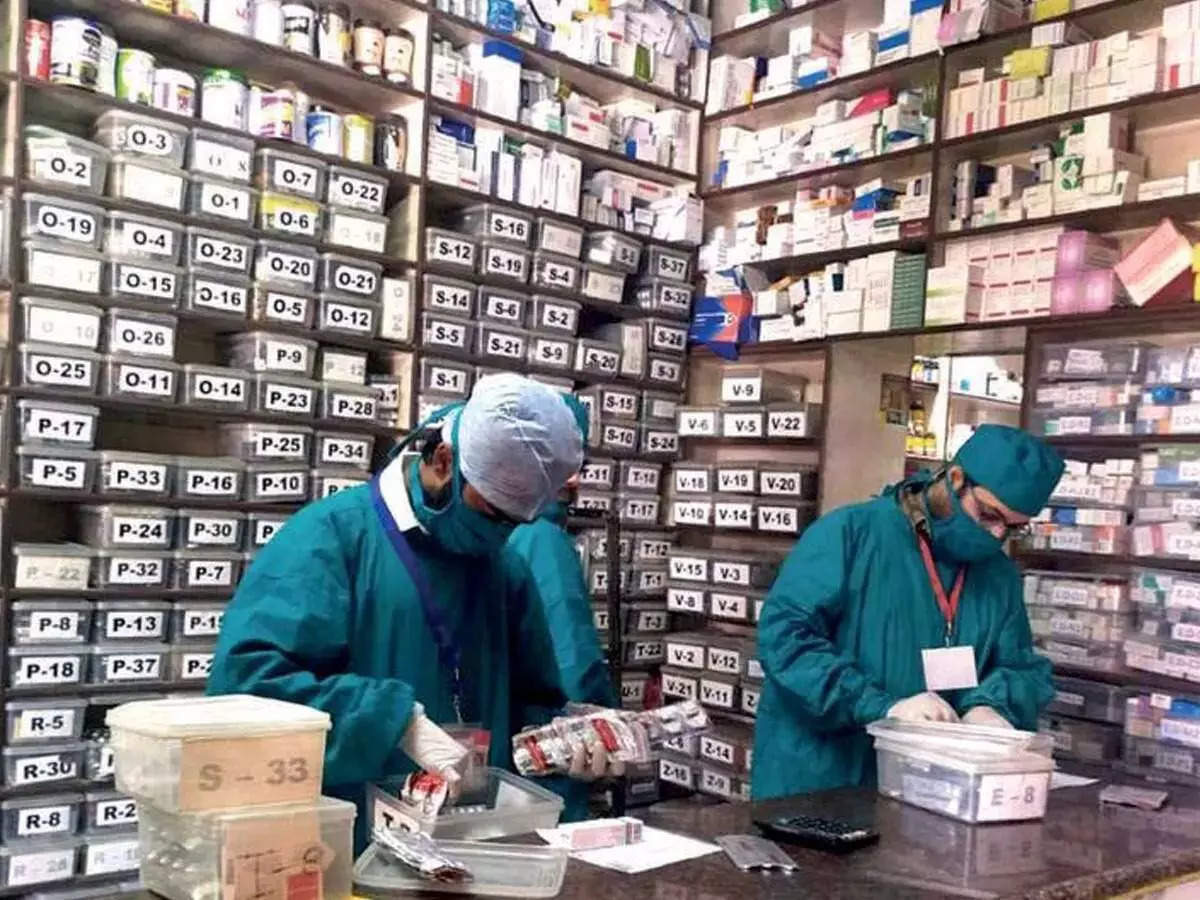 Two of the largest online pharmacies are going offline as they look to have an omnichannel presence to widen their user base.

The competition: This will put both 1mg and PharmEasy, which are known for their online presence, in direct competition with established offline brands like Apollo Pharmacy, Medplus and others.

The franchise-store model: PharmEasy will offer its name and branding to pharmacy retailers to set up these stores for which the former will get a commission of the total sales in the store. Additionally, it is also offering its retailers to tap into its distribution network to supply products to the retailers in these stores, people briefed on the matter said.

Tata’s growing offline focus: For 1mg too, its expansion in the offline channel is in line with Tata Digital’s plans to have an omni-channel presence of its online businesses. Last week, BigBasket, which is also owned by the Tatas, said that it had set up its own physical stores called Fresho for fresh supplies and that it will open 200 such stores by FY23.

Wipro’s cloud bet: Wipro has staffed more than a third of its workforce to its cloud business —the fastest growing vertical—to cater to clients who are looking to shift applications from in-house servers to data centres.

Ather Energy’s second plant: Once commissioned in 2022, the new facility—its second in the Hosur region—will expand the electric scooter maker’s manufacturing capacity to 4 lakh vehicles per year from 1.20 lakh units at present.

Moody’s assigns ratings to Ola: Moody’s Investors Service has assigned a first-time B3 corporate family rating to ANI Technologies, which operates ride-hailing service Ola. It has also assigned a B3 rating to the company’s proposed senior secured term loan. The outlook is stable. The term loan will be used for general corporate purposes.

Surrogacy: What is it, How Does it Work, Types of Surrogacy and What are the Challenges?

Throwback: When Priyanka Chopra Jonas Expressed Her Wish To Be A Mother