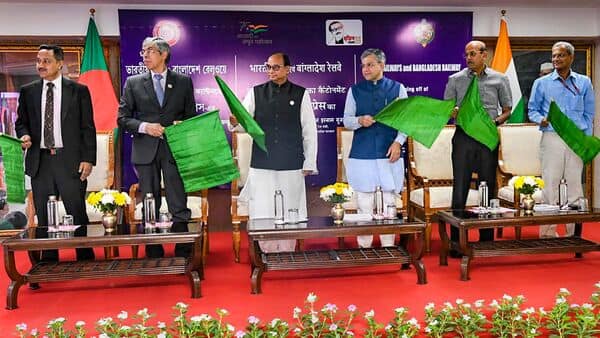 In anticipation of the Eid celebrations in the neighbouring country, the Mitali Express service between New Jalpaiguri, India, and Dhaka, Bangladesh, will be suspended for nine days starting on July 6.

According to Bangladesh Railways’ request, the services will be discontinued. It also stated that regular services would resume as soon as the neighbouring nation’s Eid celebrations were complete.

The railway ministers of the two nations flagged off the train service between New Jalpaiguri and Dhaka Cantonment railway stations on June 1, 2022.

According to the press announcement, passenger rail travel between India and Bangladesh resumed last month following a two-year hiatus caused by the COVID-19 pandemic.

“Indian Railways has decided to cancel the services of 13132 (New Jalpaiguri-Dhaka) & 13131 (Dhaka-New Jalpaiguri) Mitali Express from 06th July to 14th July, 2022 due to celebration of Eid festival in Bangladesh,” the release issued by Northeast Frontier Railway (NFR) said.

“Bangladesh Railways has requested Indian Railways to cancel the trips of Mitali Express in view of Eid festival,” it said.