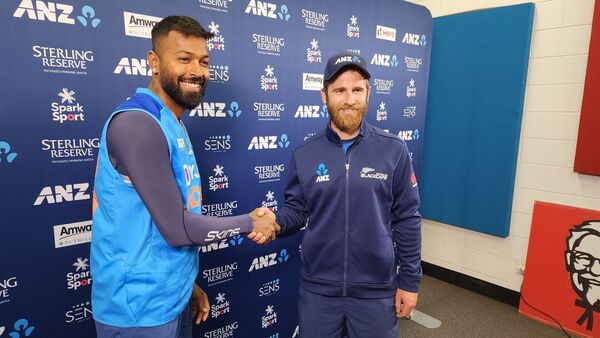 The first game of the three-match T20I series between India and New Zealand has been officially called off due to heavy rain at Sky Stadium in Wellington on Friday.

Storm clouds gathered over Wellington’s Sky Stadium ahead of the night match and the heavy rain set in before the toss was due to be made at 7 pm local time. Neither side had yet named its match lineup.

With no sign of the rain abating, the umpires called off play two hours later. The play was eventually called off just after 20:51 (Local Time).

Rain also threatens the second match of the three-match series on Sunday. Thunderstorms are forecast for Mount Maunganui.

Team India were hoping to put the disappointment of their departure from the T20 World Cup behind them against New Zealand in the first of three T20 Internationals on Friday.

Like India, New Zealand too were eliminated in the semi-finals of the T20 World Cup after bagging the top spot in their group.

New Zealand’s transition into a new era as their selectors opted against picking two of their stalwarts in Martin Guptill and Trent Boult, the latter because he no longer has a central contract.

There have been opportunities for people like Sanju Samson, Shreyas Iyer, and Umran Malik, among others in Indian team. Shubman Gill is another young person who has been selected for the team.