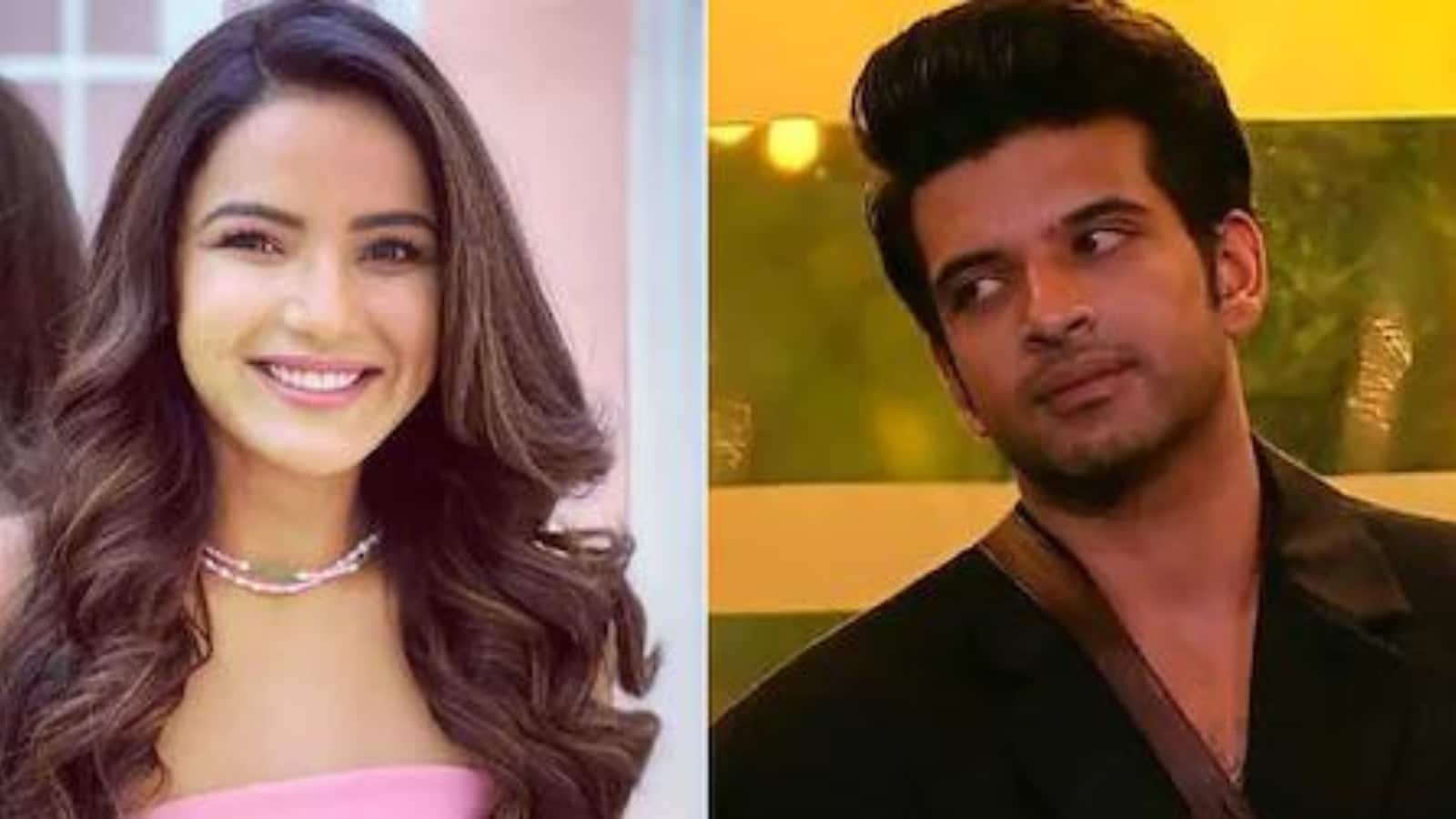 
Karan Kundrra, who is hosting skills at Dance Deewane Juniors these days, is the new favourite of the television audience. His captivating and humorous anchoring keeps the audience hooked on their TV sets. In one of the recent promos shared by Colors TV, Karan was seen dancing with Jasmin Bhasin to the song Iss Baarish Mein.

In the promo, Jasmin looks gorgeous in a pink backless dress. She has paired this dress with silver heels. She tucked her hair in a ponytail and looked drop-dead gorgeous in this ensemble. Karan looks handsome in a green suit with brown boots. The duo looked every bit adorable dancing in a yellow umbrella to the song Iss Baarish Mein. The fans formed a beeline in the comment section applauding both. According to one user, they will make up for a fantastic on-screen pair.

This episode will be aired this Sunday on Colors TV.

Talking about the song Iss Baarish Mein, it is Jasmin’s recent music video with actor Shaheer Sheikh. Ripul Sharma has composed the music for this song. Singers Yaseer Desai and Neeti Mohan have provided their vocals for this song.

Sharad Tripathi has penned the heartfelt lyrics for this romantic number. The song was released on June 13 and has garnered more than 4 crore views. The audience loved the loving on-screen chemistry shared by Jasmin and Shaheer. Many were also left awestruck by Shaheer’s way of expressing emotions. This euphonious song describes a college love story.

Apart from this song, Jasmin will also be seen in the film Honeymoon. Directed by Amar Preet Chhabra, Honeymoon is currently in the production stage. Gippy Grewal, Nirmal Rishi, Nasir Chinyoti and others are also there in this film.