More
HomeNewsIMD predicts heavy rainfall, cloudy skies in these areas for the next...
News

IMD predicts heavy rainfall, cloudy skies in these areas for the next 3 days 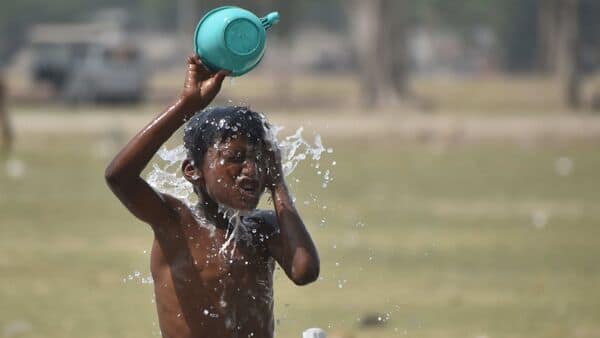 
Parts of North India has been reeling under severe heatwave .

The weather department however, predicted some respite in the region for the next three days.

The Indian Metrological department (IMD) said that cloudy conditions are expected in Delhi on Tuesday, and a western disturbance may bring isolated rainfall over parts of Haryana and Punjab on Wednesday.

Delhi on Monday recorded a maximum temperature of 42.6 degrees Celsius, seven notches above normal and the highest in April in five years, IMD data showed.

It is also the first time in 72 years that the national capital has recorded such a high temperature in the first half of April.

The capital has recorded five heatwave days so far in April this year, the maximum in at least 12 years. It had recorded four such days in April 2017, the IMD data stated.

The Sports Complex weather station was the hottest place in Delhi with a maximum temperature of 44.1 degrees Celsius. The mercury settled above 42 degrees Celsius at most places in the city.

Cloudy conditions will bring slight relief from the searing heat from Tuesday. However, a ‘yellow’ alert for a heatwave in parts of the capital is still in place.

Weather forecast for the rest of the country

Faridabad’s Bopani recorded a high of 45.3 degrees Celsius, according to a report by the Meteorological Centre, Chandigarh.

Gurugram and Hisar recorded a maximum temperature of 44.2 degrees Celsius.

In Punjab, Bathinda recorded a maximum temperature of 43.4 degrees Celsius.

Chandigarh, the common capital of the two states, recorded a high of 40.7 degrees Celsius.

A western disturbance may bring isolated rainfall over parts of Haryana and Punjab on Wednesday, the IMD said.

Dust-raising winds with a speed of 20-30 kmph are likely over southern parts of Haryana and Punjab on Tuesday and Wednesday, it said.

The respite, however, will be short-lived as temperatures will increase again after three days, the IMD said in a release.

“No significant change in maximum temperatures very likely over most parts of Northwest India today, gradual fall by 2-3⁰C during next 3 days and increase thereafter,” it added.