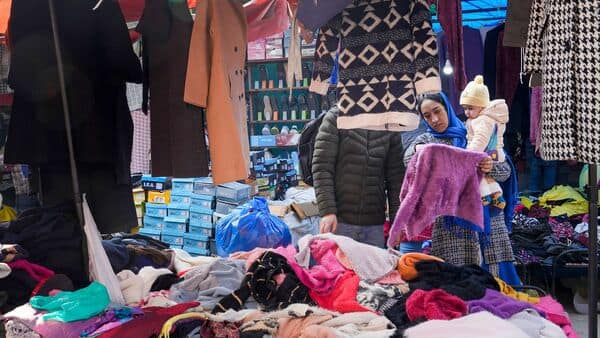 The Indian Metrological Department (IMD) on Saturday forecasted cold wave condition in the northern part of India, including Himachal Pradesh, Punjab, western parts of Haryana and north Rajasthan during next 4 days.

As winter has set in, in various parts of the country, the weather agency has said that dense fog will prevail over Himachal Pradesh, Punjab and Tripura during next 2 days.

The weather agency in their forecast released on Saturday afternoon said that the depression over West-central Arabian Sea is now seated west-northwest of Aminidivi (Lakshadweep).The IMD warned that the depression is likely to move nearly westwards and weaken into a well marked low pressure area during next 12 hours.

The IMD has also warned that the sea condition will remain rough during the next 12 hours.

Further, Squally weather is likely to prevail with wind speed reaching 45-55 kmph gusting to 65 kmph. It will decrease during next 6 hours and become 25-35 kmph during subsequent 12 hours.

Low pressure over Bay of Bengal

The Low Pressure Area over Southeast Bay of Bengal and adjoining East Equatorial Indian Ocean persists over the same region at 8:30am today, 17 December. It is likely to move westwards over South Bay of Bengal during next 48 hours.

Fisherfolk  are advised not to venture into:

Gradual fall by 2-4°C in minimum temperatures likely over many parts of interior Maharashtra, south Gujarat region and south Madhya Pradesh during next 3 days and no significant change thereafter.

The air quality in the national capital reached the ‘very poor’ category on Saturday morning with an index of ‘310’ recorded on the Air Quality meter after some relative respite to Delhiites for a few days.