‘I’m Very Proud to be at Barcelona’: Robert Lewandowski Ready For ‘Huge Challenge’ 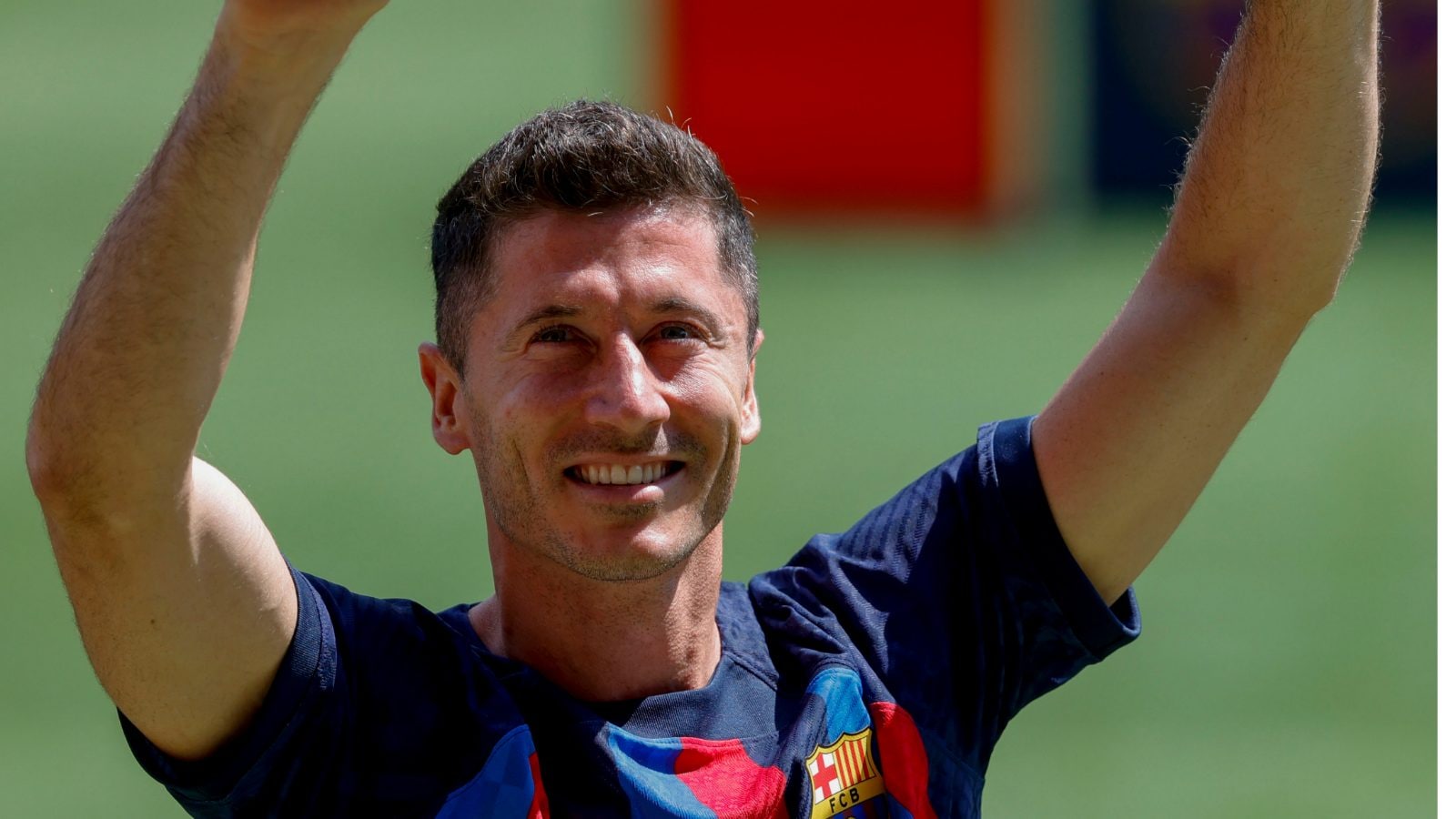 Robert Lewandowski, who signed last month from Bayern Munich for around 50 million euros, was unveiled as a Barcelona player alongside club president Joan Laporta.

Polish striker Robert Lewandowski said he was aware of the “huge challenge” which awaits him at Barcelona as he was presented at the Camp Nou on Friday a week before La Liga kicks off.

The 33-year-old, who signed last month from Bayern Munich for around 50 million euros, was unveiled as a Barcelona player alongside club president Joan Laporta.

“I am very proud to be here…it is a huge challenge, not just as a striker but also to push other players to give the best of themselves,” he told a press conference.

“I know that recent times have not been easy for the club…but I know that I can be much better in the future with this team…we have enormous potential,” he added.

Lewandowski joins Barcelona in the midst of a financial crisis yet although the club have racked up debts of almost one billion euros.

He was presented on the pitch wearing the 9 on his back which belonged to Dutchman Memphis Depay last season.

“It’s a historic day…this operation was not easy,” said Laporta.

But he left the German champions under a cloud after a dispute over a new contract as well as clashing with coach Julian Nagelsmann over tactical choices.