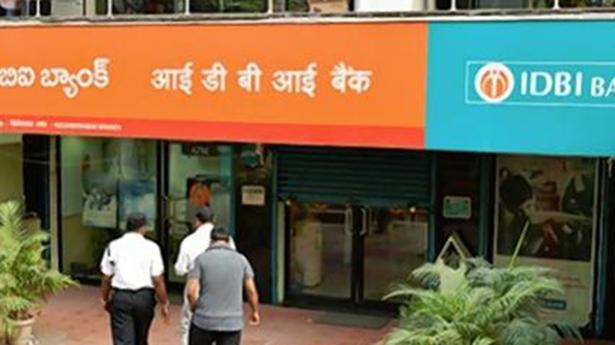 
IDBI Bank on Thursday reported a 25% rise in its standalone profit after tax (PAT) to ₹756 crore in the quarter ended June, driven by improvement in asset quality, better recoveries and lower provisions.

The lender had reported a net profit of ₹603 crore on a standalone basis in the year-ago quarter.

The bank’s Managing Director and CEO Rakesh Sharma said the turnaround of the bank has really happened.

“For the first quarter (of FY23), after a long gap of four to five years, we have shown growth in advances of about 12%. That was our guidance, against which we have been able to achieve almost all parameters,” he said.

In June 2021, the bank had made a recovery of ₹1,600 crore in NPAs. Out of which ₹868 crore was in two accounts – Kingfisher Airlines and Videocon – which had gone to interest income and technically written off recovery. This, Mr.Sharma, said resulted in higher operating profit during Q1 FY22.

This year (in Q1 FY23), we had ₹1,136 crore of recovery but it went into the reversal of provisions. So, that’s why there was a decline in some of the numbers, such as net interest income (NII) and operating profit on a year-on-year basis. However, if we see numbers on a quarter-on-quarter basis, there is an improvement, Mr. Sharma said.

The lender’s CFO attributed the rise in profit in the reporting quarter to growth in NII without the one-off gain, better recoveries, higher other income and stable operating expenses.

Fresh slippages during the quarter stood at ₹964 crore. Slippages in the corporate segment were to the tune of ₹443 crore and in retail, it was ₹521 crore.

Sharma said the bank has identified ₹11,000-12,000 crore of bad loans to be transferred to the National Asset Reconstruction Company Ltd (NARCL).

During the quarter, it sold its entire stake (19.18%) in Asset Reconstruction Company (India) Ltd. to Avenue India Resurgence Pvt. Ltd. for ₹2,361.48 crore, resulting in a profit of ₹141 crore.

Mr. Sharma said the bank is well capitalised and may not look at raising funds on an immediate basis.

“We have been continuously reducing our bulk deposits as a matter of strategy to reduce our cost of deposits. We have been growing our Casa accounts by over 12% but this time it is 7.68% in current accounts and 7.43% in saving accounts y-o-y. The Casa ratio has also improved from 52.43% to 55.65%.

“Slight reduction is there as compared to March but that is a normal phenomenon in Q1. Going forward when we start growing our advances, not only will we grow the Casa deposits but we may grow the bulk deposits also, depending on the requirement,” Mr. Sharma said.

The bank expects deposit growth of 10-12% in this fiscal, he said.