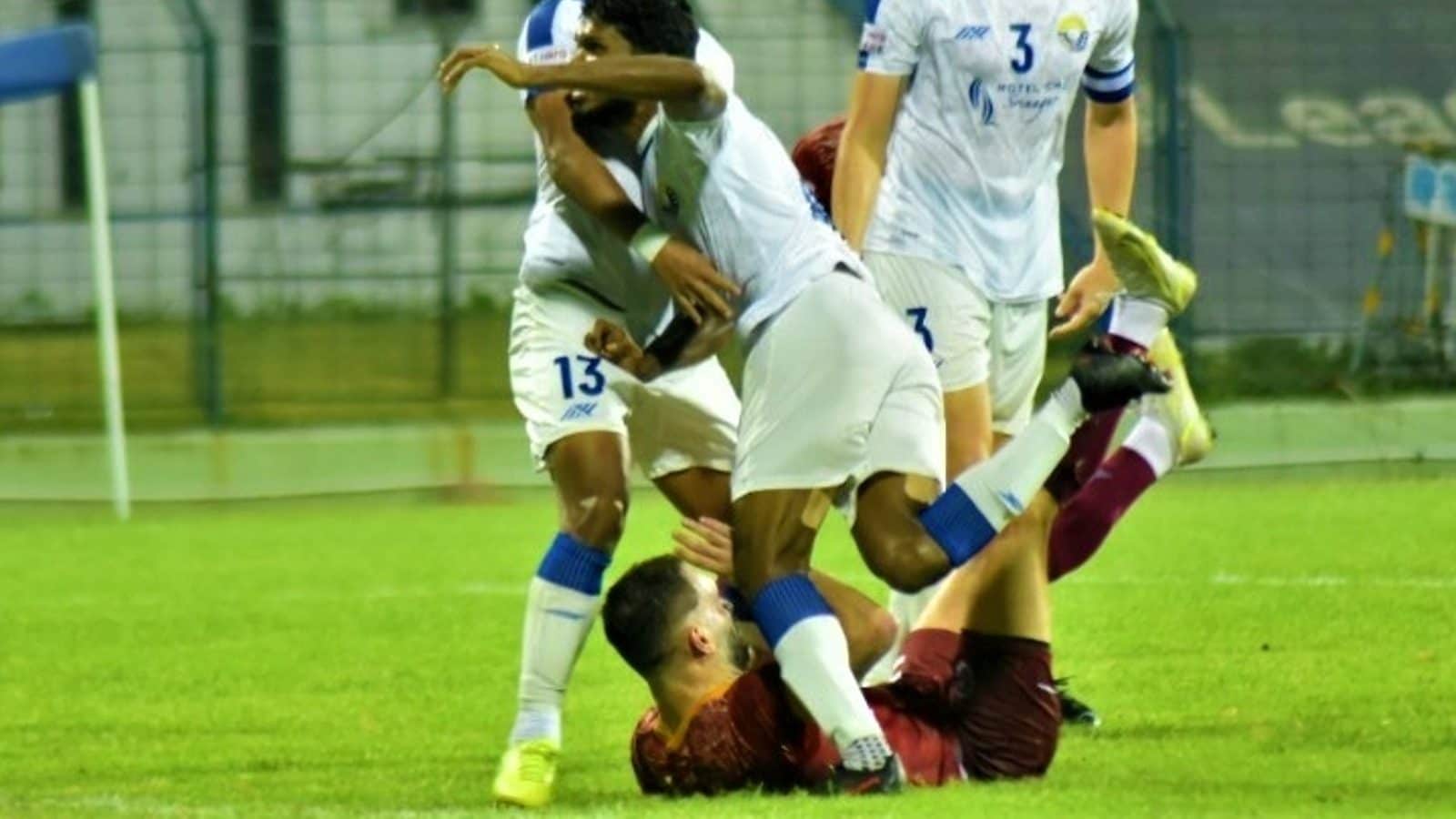 
Pedro Manzi scored an equaliser in the dying embers as Rajasthan United held Real Kashmir for a frustrating 2-2 draw in the I-League at the Kalyani Stadium, on Sunday.

Mason Lee Robertson notched up a first-half brace to put his side ahead but they squandered it once again as Rajasthan managed to steal a draw from the jaws of defeat, courtesy of goals from Alocious and Pedro Manzi.

The second I-League game of the day started with Real Kashmir exerting pressure on their rivals from the first minute of the game. They were also rewarded for the same as the team from Kashmir got their very first chance in the fourth minute in the form of a free-kick.

All eyes were on Mason Robertson to deliver as he came forward to take the free-kick. The Scottish attacker did not disappoint, converting from a set-piece to put Real Kashmir ahead early in the encounter.

Rajasthan United had a chance to equalise through Sardor Jakhonov minutes later, but he was denied a well-deserved goal by a spectacular save from Bilal Khan.

Rajasthan appeared desperate in the middle of the field as they attempted to equalise the game after conceding early. Pedro Manzi attempted another shot after getting a good cross into the box, but his bicycle kick sailed straight into the goalkeeper’s hands.

In the 16th minute, Omar Ramos attempted to create an opportunity for his team, but his header was cleared off the line. Rajasthan United were given more time on the ball and looked at ease as the half-hour mark approached, with the Snow Leopards defending.

Real Kashmir upped the ante as the first half came to a close, scoring their second goal of the game in the 43rd minute. Robertson was on target again after being set up by Ragav Gupta’s excellent cross from the right side.

They got off to a fast start in the second half as well, looking to extend their lead. Bernard attempted a wild shot from the centre of the field in the 49th minute of the game, but it was saved. He attempted another shot four minutes later, but it went over the bar. In the 55th minute, Rajasthan United made two changes, replacing Sardor Jakhonov and Harmanjot Singh with Alocious M and Anil Chawan.

Rajasthan came close to reducing the gap in the 60th minute, but a great challenge from Koushik Sarkar denied them a goal. They dominated ball possession in the final third of the game but lacked creativity.

Super-sub Alocious pulled one back for his side in the 75th minute by flicking the ball into the back of the net through a header after receiving a perfect cross down the right from Ramos.

Rajasthan kept pushing for an equaliser as the contest neared the end while Real Kashmir looked to avoid late drama and the former were finally awarded for their continuous effort as Pedro Manzi levelled the contest in the 90th minute with an overhead kick.