More
HomeLifestyleHow to run a hotel at Cannes, and host celebrities?
Lifestyle

How to run a hotel at Cannes, and host celebrities?

The general manager of iconic Hotel Martinez, which played host to Aishwarya Rai Bachchan, Anne Hathaway, Julia Roberts, Tom Cruise, Naomi Campbell, and many more, shows us. P.S.: He has a Chennai connection

The general manager of iconic Hotel Martinez, which played host to Aishwarya Rai Bachchan, Anne Hathaway, Julia Roberts, Tom Cruise, Naomi Campbell, and many more, shows us. P.S.: He has a Chennai connection

It’s a blur of Vuitton, Valentino and Chopard at the iconic Hotel Martinez — In the Unbound Collection by the Hyatt, in Cannes.

As luxuriously couture-draped celebrities walk in and out of the hotel, ferried in beautiful cars, housekeeping staff, kitchen staff and the concierge are on high alert. So are the A-list spotters, for varying reasons of course.

It involves hours of hard work, in every department. The laundry that serves Hotel Martinez runs constantly: From sheers, lace and silk, it easily launders 100 designer gowns a day. A crease on a Zuhair Murad? Shudder! Never! 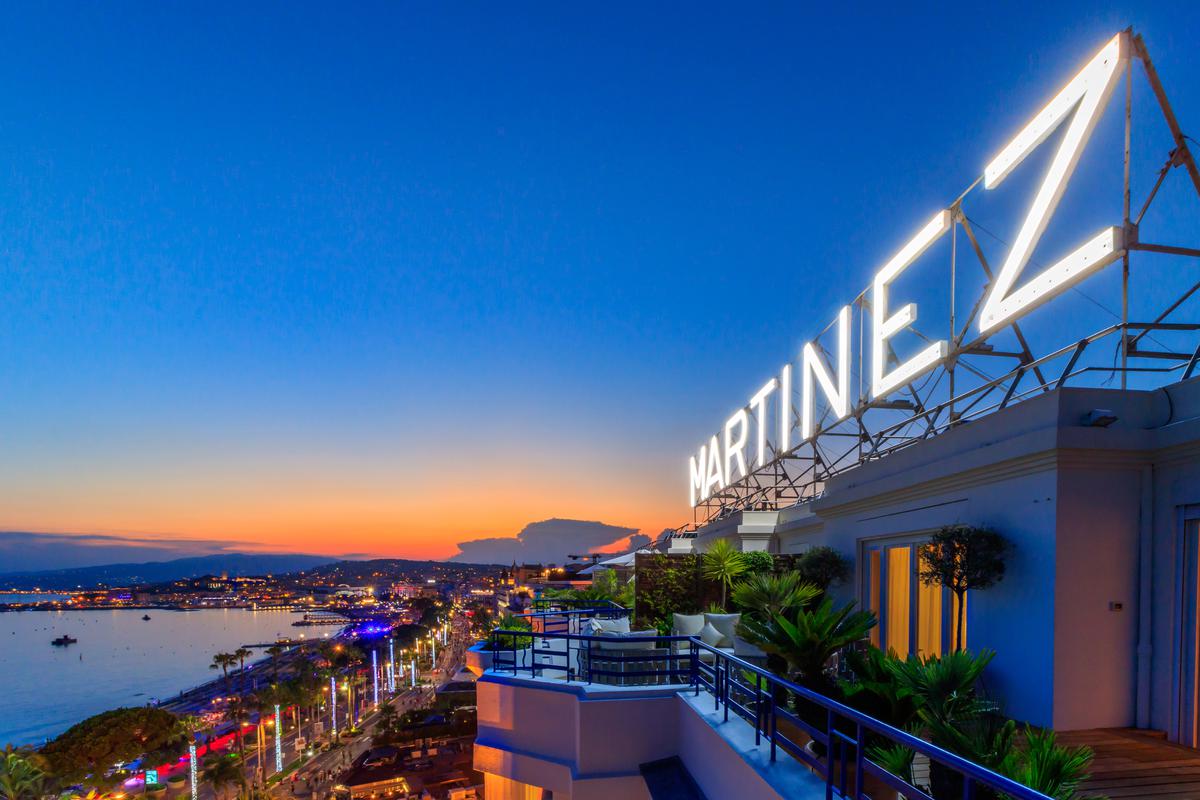 The sprawling (44,000 square metres) Art Deco property, which has stood tall on La Croisette promenade for 93 years, is a thriving venue during the ongoing Cannes Film Festival.

It hosted the official opening dinner for 600 guests at its new ballroom, and several gala dinners. Despite the frenetic pace the world-renowned festival brings, Yann Gillet, the dapper general manager of the Martinez hotel says, “I love this period of the year, this positive energy and glamour… and I feel pretty relaxed.”

Gillet, who was the general manager at The Park Hyatt in Chennai till 2013, has a suitably glamorous Instagram feed. Over the last 10 days it has become a patchwork of pictures featuring Aishwarya Rai Bachchan, Anne Hathaway, Julia Roberts, Tom Cruise, Naomi Campbell… all guests staying at the hotel. Deepika Padukone was their guest for a jury dinner at La Palme d’Or, the hotel’s two Michelin star restaurant where Chef Christian Sinicropi sends out courses that look more like Monet’s canvas than food. “Preparations for this year started as soon as the last edition of the film festival closed,” says Gillet over a video call from Cannes. With the pandemic easing a bit, this year’s festivities are huge, he states. During the high season, which starts in May with the Cannes Film Festival, the hotel deploys 700 staff members for this period alone till September. Otherwise, its 350 staff members tend to guests. “Everyone is working a lot now but we try and make sure it’s not more than 20% extra hours,” says Gillet, adding that he understands the importance of a work-life balance.

The Martinez has recently undergone a makeover. New additions include the L’Oasis Du Martinez, a space dedicated to wellbeing. This even has a garden with wooden decks to catch up on rest, relaxation and yoga after night-long revelry, which is the norm during this season. 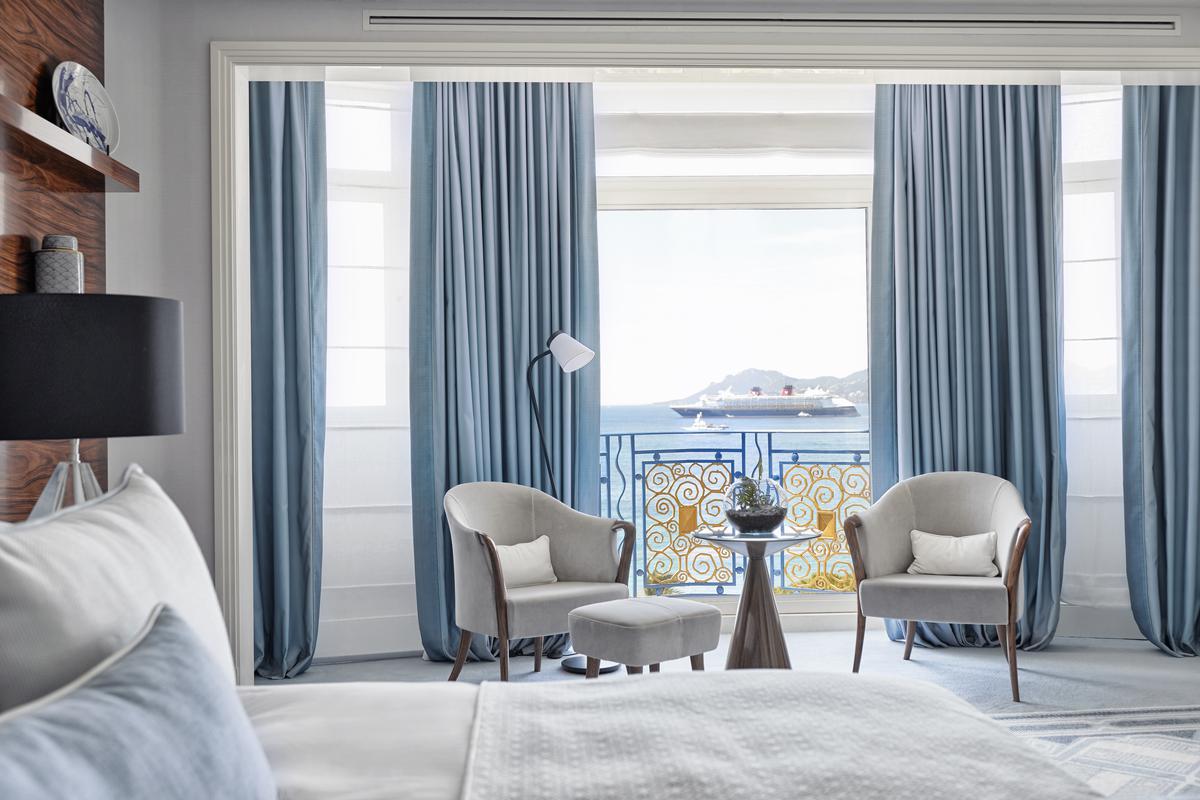 A view of the Prestige sea-view suite where Aishwarya checked in
| Photo Credit: Special Arrangement

Occupancy is full at the 410-room hotel, and the sea-facing premium rooms appear to be hot favourites. “Aishwarya stayed in the Prestige sea-view suite,” says Gillet. 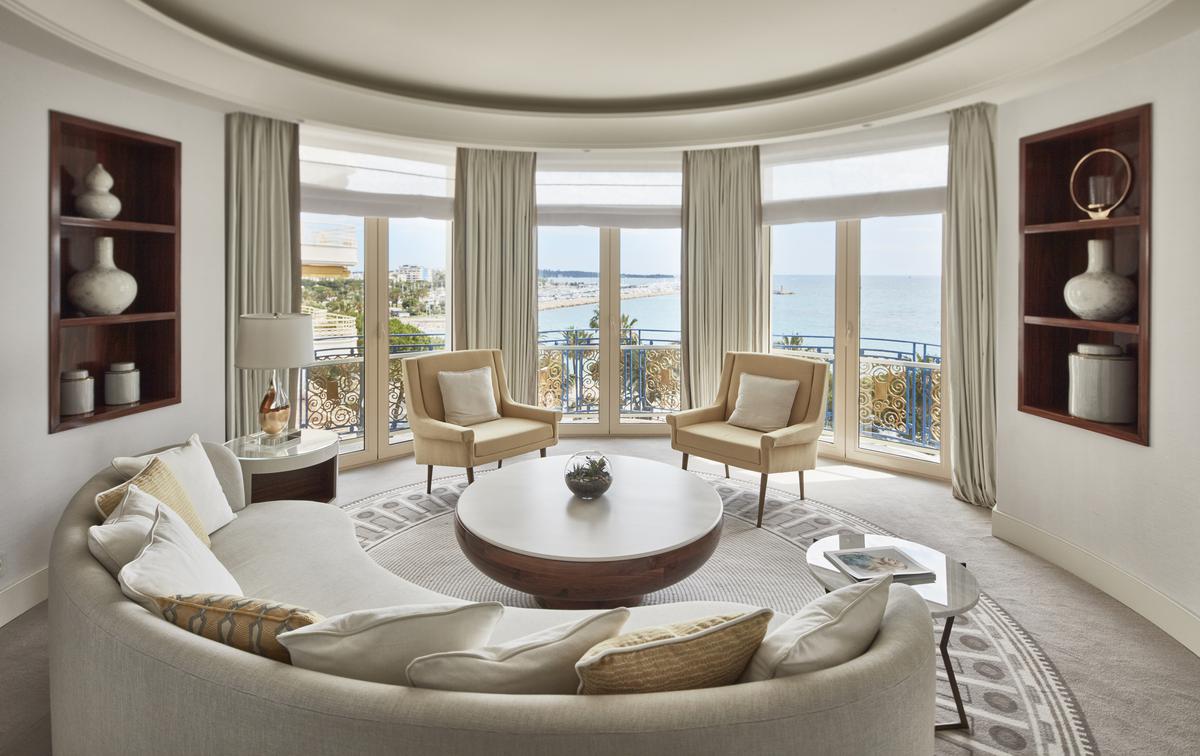 With such frills, one wonders what the damage to the wallet is like if you plan to check in next year and lounge in luxury.

“Several tens of thousands of Euros for the two Penthouse Apartments,” grins Gillet. “They are the most expensive rooms at the hotel.”