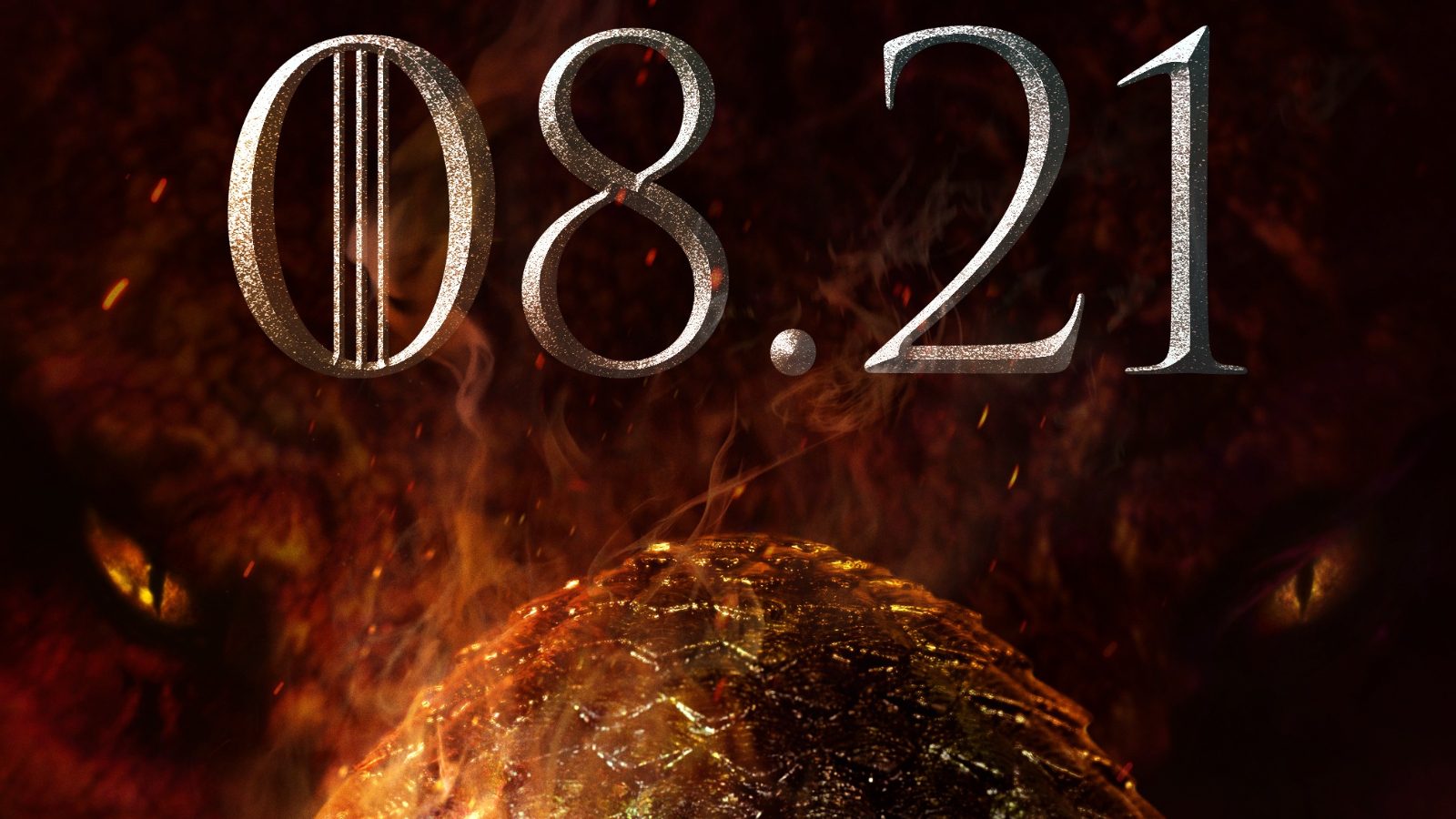 
The House of Dragon, a prequel to the hit HBO show Game of Thrones, has finally announced a release date. Based on George R.R. Martin’s 2018 novel, Fire & Blood, the ten-episode series will focus on the history of the Targaryen House. The series has been in the making for a while now, with the makers dropping the first look and teaser last year. Now, taking to Twitter, the official Twitter handle of House of Dragon shared a new poster and release date.

In the poster, a golden dragon egg is seen on the verge of hatching while a pair of dragon eyes staring behind it. The poster also revealed that it would hatch on August 21.

Besides the poster, House of Dragon also released new stills of the Targaryens that will be seen on the show. It was previously announced that Paddy Considine will be seen playing King Viserys Targaryen, Matt Smith dons the crown of Prince Daemon Targaryen, Emma D’Arcy has been roped in to play Princess Rhaenyra Targaryen and Olivia Cooke stars as Alicent Hightower. Other cast members include Eve Best as Princess Rhaenys Velaryon, Sonoya Mizuno as Mysaria, and Fabien Frankel as Ser Criston Cole.

See the pics below:

Speaking with Entertainment Tonight, Matt Smith revealed that the show is set a few hundred years before the Game of Thrones timeline. “It’s obviously a different show set, you know, a few hundred years before Game of Thrones. And we sort of look in really on one family’s trials and tribulations, the Targaryens. And they’re a pretty crazy family, I have to say,” he told the publication recently.

House of Dragon was announced in October 2019, a few months after Game of Thrones came to an end. The show is co-created by Martin and Ryan Condal. The series will be led by Condal and Miguel Sapochnik, executive producers Vince Gerardis and Ron Schmid, EP/writer Sara Hess, directors Clare Kilner and Geeta V. Patel, and director/co-EP Greg Yaitanes.