More
HomeEntertainmentHere are seven actors who would be great in the role of...
Entertainment

Here are seven actors who would be great in the role of James Bond after Daniel Craig.

Producer Barbara Broccoli has said that the hunt for the next actor to portray James Bond will begin next year. Until then, we can speculate as to who should be or who will succeed Daniel Craig as 007. 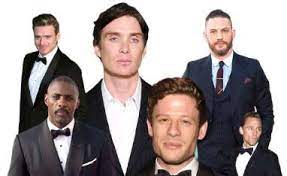 Daniel Craig’s swansong as James Bond with Cary Joji Fukunaga’s No Time to Die has received critical acclaim and early signs suggest it is going to be a hit at the box office as well. The Bond brand as endured for almost six decades in films with multiple actors assuming the role of British superspy.

Craig has made it clear that No Time to Die will be the last time he will don the tuxedo and inhabit one of cinema’s most iconic characters.Read review of No Time to Die |Daniel Craig’s era as 007 ends with most un-Bond like film

Who is next? Producer Barbara Broccoli has said that the hunt for the next actor to portray the role will begin next year. Until then, we can speculate as to who should be or who will be the next Bond.

Here are seven actors who would be great in the role and ideally should be recruited. Also attached is a clip from a movie or TV show showing off their talent:

He is the current hot favourite among Bond fans, judging by social media trends. Idris Elba has oodles of charisma, physicality and acting chops to take on any other contender for the role. The actor, best known for David Simon’s iconic HBO series The Wire and Heimdall in Marvel Cinematic Universe movies, also looks perfectly suave in a tuxedo. There is only one catch, though.

Elba is 49 and the role of Bond usually requires years and years of work with just one franchise, leaving little room for anything else in between. Also, Elba has expressed disillusionment with the whole thing because of backlash rooted in racism towards the very idea of a Black actor being Bond.

Another actor with charm and charisma to spare, Henry Cavill has shown great work in big roles like Superman and Geralt of Rivia in The Witcher. Also, he basically played a, well, kind of James Bond in Guy Ritchie’s 2015 film The Man from U.N.C.L.E, complete with well-cut suits, gadgets, and an affinity for women.

Interestingly, Cavill was one of the finalists when a new actor was being cast for 2006’s Casino Royale, but Craig beat him to it. Perhaps this time it would be different?

The Bridgerton star can go toe-to-toe with any contender in terms of looks and oomph factor. He is also very young at just 31, and can easily handle a big franchise like James Bond for a decade and a half. If producer are looking to stick with one actor for a long time, Rege-Jean Page is one actor they should definitely consider.

The Scottish star Sam Heughan, best known for sci-fi series Outlander, would be another fine choice for James Bond. We already know he is good actor and possesses a considerable physique — essential requirements for the role.

Lashana Lynch has earned acclaim for her performance in No Time to Die. She played the role of Nomi in the movie, which is interestingly the replacement for James Bond as she was assigned the 007 name. She, however, hands it back to Bond.

If producers are progressive enough to let a woman inherit the mantle of James Bond (they may call her Jane Bond for all we care), Lynch may be a great choice as apparent in the movie.

Daniel Craig’s thoughts seem more in line with Broccoli. He told Radio Times, “There should simply be better parts for women and actors of color. Why should a woman play James Bond when there should be a part just as good as James Bond, but for a woman?”

The counter-argument to that could be that giving a popular character like Bond a female twist would be more impactful than making a whole new character written as a female. Many talented actresses have embodied the roles of heroes similar to Bond but they have not received as much attention.

If we really are going to open the floodgates and let women be James Bond, Emily Blunt sounds like a choice as obvious as Elba. There are few in Hollywood that have as much charm and she is a superlative actor to boot. Not only that, she has played complex, suave characters several times before.