More
HomeNewsHellscape or not, Twitter will be something different under Elon Musk
News

Hellscape or not, Twitter will be something different under Elon Musk 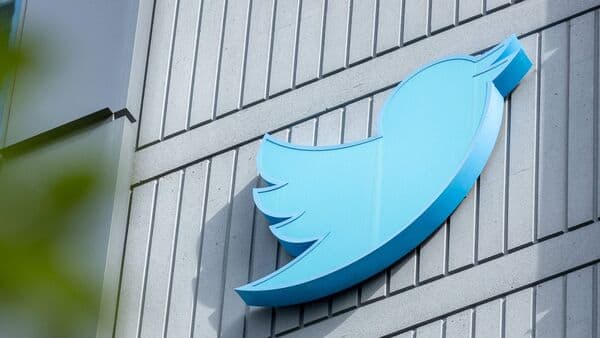 
Elon Musk has already axed much of Twitter’s leadership team, including its chief executive officer, and plans to be CEO himself in the immediate term, according to people familiar with the matter. Public shareholders are cashing out and passing ownership to a hodgepodge of investors that, besides Musk, include Oracle Corp.’s Larry Ellison and Qatar’s sovereign wealth fund. The company will stop reporting its financials — unless Musk wants to. He is expected to make severe job cuts, especially for roles outside of product and engineering.

Above all, the Tesla Inc. chief will bring a different set of values to the social network. Twitter has spent the last few years focused on reducing bullying and abuse on its network; Musk says he wants to loosen content restrictions and reverse account bans. Twitter is majority funded by advertising; Musk wants to build a more robust subscription product, he has told advisers. Twitter has worked to improve transparency and communication with its users; Musk tends to do much of the outbound communication for his companies himself — via tweets.

Twitter has long punched above its weight culturally, as the network favored by the world’s top politicians, celebrities and media. That’s something Musk gets better than most: his experience, directly broadcasting to 111 million followers for instant support of his personal and business goals, represents the value of the medium he’s acquiring.

But Twitter has always been an underdog among social media peers, just a fraction of the size of Meta Platforms Inc., TikTok or YouTube. Some employees say they eschewed working for better-paying giants out of a sense of duty to improve what they see as the world’s most important engine for politics, news and entertainment. “Twitter is the indie rock punk band and Facebook is the pop radio sellout,” explained one former employee.

Now Twitter is controlled by the richest man in the world — a man who is already CEO of both Tesla and SpaceX, and founder of the Boring Co., Neuralink and OpenAI. Musk’s geopolitical and business interests may color his approach to the Twitter job. And current employees are already bracing for what that might mean.

For years, Twitter has worked to shake a reputation as a service that turned a blind eye to abuse and harassment. The platform, often critiqued as “toxic” or a “cesspool,” in recent years added controls to mute and hide content that could make a visit to the site uncomfortable. The work was seen as necessary from a business standpoint: Nobody wants to spend their time on a network that makes them feel bad.

Musk believes Twitter has gone too far and says he’s concerned about the service’s lack of “free speech.” During a question-and-answer session with Twitter employees in June, he said that the company should let people tweet “pretty outrageous” things, and that he plans to reverse former President Donald Trump’s permanent ban, which was enacted as a punishment for inciting violence in January 2021. Musk wants Twitter to allow all speech protected by the first amendment in the US.

It’s a stance that has been lauded by conservative politicians, but one that also promises to create other issues. While some users will return to Twitter once they feel they can tweet “outrageous” things, others will undoubtedly leave for the same reasons.

Plus, there are all of Musk’s business conflicts to consider, as Tesla sells cars in countries where leaders might want to silence certain tweets, and counts major car manufacturing rivals among its advertisers.

Musk has made a “huge mistake,” said Alex Stamos, who formerly ran security at Meta and now works at the Stanford Internet Observatory. The billionaire is “making himself the global face of content moderation at a critical moment of struggle with governments, while maintaining massive personal exposure to challenging countries,” Stamos tweeted.

Where Musk plans to draw the line on content is still unclear. On Thursday, he wrote an open letter to advertisers, saying he was buying Twitter “because it is important to the future of civilization to have a common town square” with opinions on both the left and right, but that it can’t become “a free-for-all hellscape” where anything can be said without consequence. People should be able to choose the kind of experience they have on Twitter, he said, just like they choose what video games to play.

Rohit Kulkarni, a financial analyst at MKM partners, said he expects Musk’s business impact on Twitter to be positive, predicting a $100 billion initial public offering in 2026. But some advertisers remain skeptical. General Motors Co. said it is temporarily suspending advertising on Twitter until it has a better understanding of what will happen to it with Musk at the helm.

The vision is unclear to employees, too. Musk’s mind may change again and again. After all, he spent months in court claiming the company’s user numbers were fraudulent and trying to get out of his original deal contract. Recently, he tried to reserve his rights to sue Twitter’s departed executives and board. Now he says he owns Twitter “to try to help humanity.”

Employees also aren’t sure which teams or jobs will be cut. Musk seems prepared to downsize Twitter and focus on the core product. “Software engineering, server operations & design will rule the roost,” he tweeted in early October. Some staff were invited to a staff meeting next Wednesday; some weren’t, according to people familiar with the matter. That generated suspicion around which teams will be cut.

Some employees may choose to leave simply for lifestyle reasons. Twitter allowed people to work from anywhere, whenever they wanted; Musk says only the “exceptional” people should be granted work-from-home privileges.

So far, he isn’t demonstrating much trust for Twitter’s staff. He’s been asking Twitter’s engineers to print out their most recent 30 days of code submissions, then bring them for review to Musk and his trusted colleagues from Tesla, according to a person familiar with the matter.

Those at Twitter who have endured prior dramas, like an activist investor tussle and the Trump ban, like to joke that their tenure should be measured in dog years, with one year at Twitter equal to seven years at a “normal” company that isn’t constantly mired in chaos. That sentiment, at least, may last.

–With assistance from Ed Ludlow.