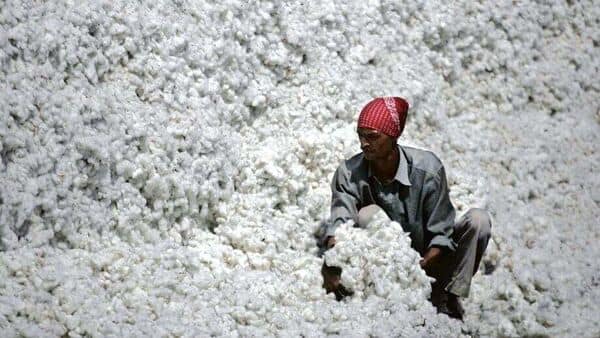 Cotton exports may be banned until September if other steps to cool record high cotton prices fail to deliver, two people aware of the development said, after the government Tuesday brainstormed urgent measures with industry players.

The government asked industry players at the crucial meeting to come back with specific suggestions by Monday while urging exporters to voluntarily moderate their overseas shipments.

At the meeting, convened by Piyush Goyal, minister for commerce and industry, consumer affairs and textiles, officials and industry executives discussed a blanket ban on exports until September as the last option on the table, according to the two people cited above, who attended the meeting.

Pressure is mounting on the government to intervene in the market amid a surge in cotton prices hitting textile manufacturers across the country. Wholesale price index-based inflation for textiles, which has been in double digits for the past several months, climbed to 12.98% in April, as per official data released earlier in the day.

Goyal asked industry representatives to form a committee and get back to him with a solution by the end of the week, said one of the officials mentioned above. Only after other solutions are exhausted could the government move to ban exports, the person said.

“Government has advised cotton exporters to make sure they reduce the exports by 25% compared last year so that more yarn is available for domestic consumption,” the other person quoted above said.

A large number of textile manufacturers asked for a ban on cotton exports. Industry executives said a number of other suggestions were made.

The Federation of Indian Export Organisations (FEIO) informed the ministry that high input costs are posing a challenge to exporters. It suggested that cotton be brought under the Essential Commodities Act, which allows the government to control the price, production, supply and distribution of commodities placed under the list.

A government official said such a proposal must come from the textile ministry. “For cotton to be brought under Essential Commodities Act, ministry of textiles will have to make the request to the Directorate General of Foreign Trade (DGFT). Such a request has not reached DGFT yet,” said the official, who also asked not to be named.

“Certain inputs like cotton may be brought under the Essential Commodities Act and Cotton Corp. of India (a state-owned trader) may be asked to sell cotton to the actual users only,” FIEO said.

Earlier this year, the government reduced the import duty on raw cotton by 10% until September. However, this did not help in cooling down prices.

Textiles secretary Upendra Prasad Singh told Mint last month that a ban on cotton exports could be imposed if prices continue to surge. Cotton prices have doubled in barely a year to over ₹90,000 per candy, with the prices of some varieties touching ₹100,000 per candy. A ban could free up cotton for the domestic market and thus help soften prices.

High cotton prices affect the Indian textile industry disproportionately, as it is heavily dependent on cotton, unlike other markets where man-made fibre occupies a larger share.

Singh had said cotton prices are unlikely to decline before October when the new cotton crops arrive.

Emails sent to commerce and industry and textiles ministries and department of consumer affairs on Tuesday remained unanswered at the time of publication.