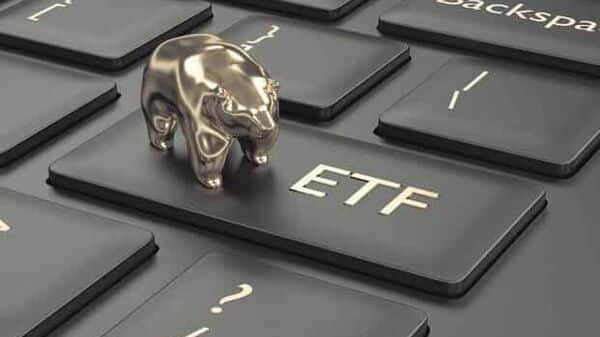 Global gold exchange-traded funds (ETFs) registered net outflows of $4.5 billion in July. This was the third consecutive month of outflows and the worst since March 2021, according to a report by the World Gold Council.

Indian gold ETFs witnessed slight outflows as investors took profits amid a sharp correction in the domestic gold price and the expectation of further weakness. Despite net outflows during the month, India has managed to squeak out year-to-date inflows of almost one tonne.

According to the report, a stronger US dollar and COMEX net long positioning – the lowest since April 2019 – helped push the gold price down through the $1,800 per ounce support level. Gold finished July at US$1,753, down 2.8% on the year.

Overall, year-to-date global inflows stand at around 153 tonnes or $10.3 billion.

“Despite outflows in recent months, 2022 inflows nearly offset 2021 outflows, highlighting continued strategic demand for gold. Total holdings at the end of July stood at 3,708 tonnes or $209 billion, up 5% on the year,“ WGC said in the report.

All regions except Asia experienced outflows in July. North American holdings led outflows, falling $2.8 billion, driven by the largest and most liquid US funds.

“The 75-basis point rate increase by the Federal Reserve helped propel the dollar index to a 20-year high. This, along with a late-month rebound in equities encouraged North American investors – at least tactical ones – to shift into riskier assets,” the report said.

Further, despite net outflows in the region, the inflows of low-cost gold ETFs in North America continued the monthly trend that we have seen for nearly 90% of the time over the past four years, highlighting continued growth in the space.

European funds lost $2.1 billion, led by outflows in UK-based funds. This came on the back of the EU raising rates for the first time in 11 years and by a larger-than-expected amount of 50bp.

Funds in Asia showed a strong bounce in demand ($446 million) after a blistering first half of outflows. All the inflows came from China, which had the worst absolute outflows during the first half of the year, primarily due to profit taking amid a strong local gold price in Q1.

In terms of outlook, WGC said that the market reaction to the July Fed meeting may encourage a more sustained fall in the US dollar and run up in risk assets. “This could benefit gold but may also risk strengthening the Fed’s resolve,” the council said.

“Historical analysis suggests that current futures market positioning in gold, the US dollar and US 10-year Treasury combined could signal a good probability of positive forward returns for gold,” it added.