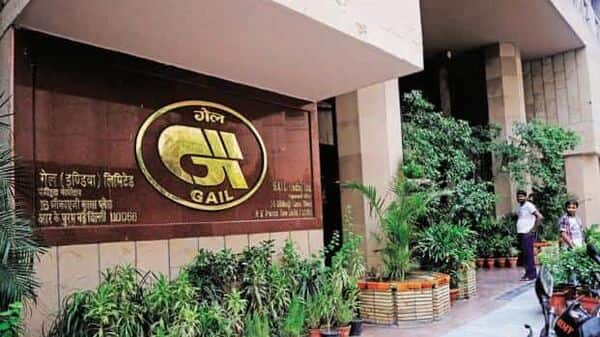 NEW DELHI : State-run GAIL (India) Ltd has reported a 91% growth in its net profit for the April-June quarter at ₹2,915 crore.

During the same quarter last fiscal (FY22), the company had reported a net profit of ₹1,530 crore.

Its revenue from operations, during the first quarter of FY23 more than doubled on a year-on-year basis to ₹37,572 crore, the company said in a statement. During the corresponding period last fiscal, the operational revenue was ₹17,387 crore.

Manoj Jain, CMD, GAIL said the company has successfully registered a healthy growth in the overall performance despite turbulent times in the gas business. GAIL has incurred a capital expenditure of about ₹1,975 crore during the quarter mainly on pipelines, petrochemicals, equity to joint ventures among others, he added.

GAIL has commissioned the 533 km Bokaro – Angul Pipeline section of Jagdishpur- Haldia and Bokaro – Dhamra Natural Gas pipeline (JHBDPL) during the quarter. With this, 1,642 km of JHBDPL, popularly known as Pradhan Mantri Urja Ganga, has been commissioned while the remaining sections are expected to be completed by June 2023, the CMD said.

He added that to provide a thrust to the Centre’s focused initiatives to increase the share of natural gas in the primary energy basket, the company has approved the setting-up of small scale LNG (SSLNG) plant on pilot basis and order for two small-scale liquefaction skids has been placed. This will help in providing natural gas to geographical areas not connected to main natural gas pipeline, facilitate LNG as transport fuel and help monetize stranded or isolated upstream gas assets, Jain said.