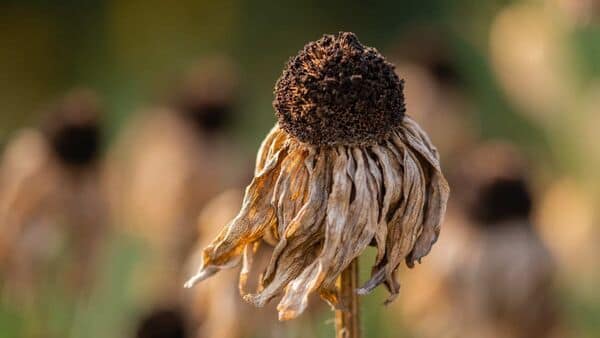 
By the end of the century, it was reported, annual mean temperatures for the entire South Asian region were predicted to rise by 1.2 to 4.3 degrees Celsius (under low- and high-emission scenarios). According to the report ‘The 2022 Global Food Policy Report’ published by International Food Policy Research Institute (IFPRI), “South Asia is a climate change hotspot, with many climate-induced risks compounded by significant existing vulnerabilities”.

Although national policies differ, the Paris Agreement on climate change has been ratified by all governments in the region, according to the statement. The COVID-19 has resulted in a major decrease in investments connected to climate change, it was stated, and all South Asian nations are lagging in taking key crucial initiatives that would directly contribute to both climate change adaptation and mitigation in the region. According to the paper, the century-long temperature rise in South Asia has been extensively recorded, and the future outlook is bleak.

“In South Asia, the average temperature rise has been a little less than the global average temperature because of the cooling effect of aerosols, including short-lived climate pollutants. But it has its own negative health and agricultural consequences,” said Aditi Mukherji, Principal Researcher, International Water Management Institute (IWMI).

The paper claims that extreme events like intense heat, protracted droughts, and floods are occurring more frequently and/or with greater intensity. They are probably going to have bigger and bigger roles in production and productivity. It claimed that during the 1980s, both low and high extremes have gotten worse in South Asia, with more frequent dry spells and more powerful wet episodes.

“Notably in India, summer monsoon precipitation has shown declining trends over the last few decades, with larger decreases over the main breadbasket region of the Indo-Gangetic belt,” it added.

According to the study, since the 1950s, droughts have been more frequent and have a larger geographic scope in India due to decreased summer monsoon rainfall. In a similar vein, over the past century, droughts in Pakistan have become more severe and intense.

“Greater incidence of localised extreme precipitation events has increased flood risks in India, and projections show increases in flood intensity and occurrence in the Indus, Ganges, and Brahmaputra River basins,” it noted.

However, it said, very strong cyclonic storms have increased in frequency during the post-monsoon season whereas tropical cyclones over the Northern Indian Ocean region have grown less frequent. According to the paper, fishing productivity is declining in both India and Bangladesh as a result of rising salinity intrusions in inland aquaculture ponds.

“The global food sector will likely have to become not just zero emissions but a net sink in order to offset positive emissions elsewhere. These are the big challenges that we need to address over the next 30 years,” Channing Arndt, Director of IFPRI’s Environment and Production Technology Division, said.

There are a number of potential ideas that can be used for adaptation, but as global warming increases, he added, adaption will become less successful.

“Climate risks in South Asia are amplified by existing vulnerabilities, which have been further compounded by the impacts of Covid-19. It has led to a decrease in yields, depleted natural resources, and associated income losses,” said Shahidur Rashid, Director-South Asia, IFPRI.

He stated that the impact of climate change will make it very difficult for the area to meet the SDG objective of ending hunger by 2030. The paper states that food systems will require up to USD 350 billion annually to achieve climate-related targets, much of which may be “reoriented” from existing sources.

According to the report, current financial flows—including aid for agriculture, funding for international development, and private investment—are at best insufficient and at worst detrimental to the development of climate-resilient infrastructure.

The future of food systems depends on having access to enough finance to enable a transition to sustainable production and consumption as well as better livelihoods, it added. They frequently favour unhealthy and unsustainable agriculture while undervaluing environmental impacts.