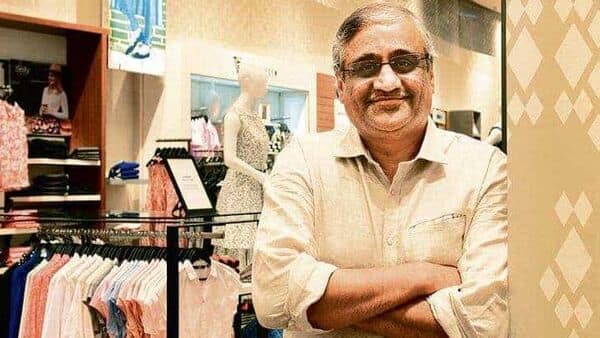 Future Group’s retail arm Future Retail on Friday clarified the meeting of equity shareholders and creditors is scheduled from April 20 to 21 to consider and approve the scheme of arrangement with Reliance Group, “is as per directions and order of NCLT Mumbai Bench.”

Kishore Biyani’s Group is currently in a long feud with e-commerce major Amazon which is contesting the ₹24,713 crore deal of the former with Mukesh Ambani-backed retail arm.

Earlier this week, Jeff Bezos-backed Amazon stated that the meetings were ‘illegal’.

However, on stock exchanges, Future Retail has reiterated that the said meetings “have been convened in compliance with the directions given in the order dated February 28, 2022, issued by NCLT to consider and approve the Composite Scheme of Arrangement filed by various entities, who are part of the scheme.”

“The said order has been issued by the Hon’ble NCLT, after considering all the facts and information submitted by the parties and specific objections filed by Amazon.Com NV Investment Holdings LLC vide an intervening application and the order dated 15th February 2022 issued by Hon’ble Supreme Court on the same subject matter,” Future Retail clarified today.

In regards to the voting on resolutions by concerned shareholders of the Company, Future Retail stated that “we would like to inform that the same is a right available to all the shareholders of the Company and if any one of them is restricted due to any contractual obligation entered into by them as part of the private arrangement, the same would not affect the proceedings of the meetings convened as per the aforesaid direction, in any manner.”

Future Retail seeks approval for the sale of its retail assets to billionaire Mukesh Ambani’s Reliance Retail to the tune of ₹24,713 crore. The company has sought shareholders’ approval in the meeting scheduled on April 20, while the same is sought from creditors in their meeting on April April 21.

In a 16-page letter to Kishore Biyani and other promoters on April 12, the US e-commerce giant said such meetings are illegal and would not only breach 2019 agreements when Amazon made investments into FRL’s promoter firm but also violate a Singapore arbitral tribunal’s injunction on the sale of retail assets to Reliance, reported by PTI.

In the letter which was signed by a representative of Amazon.com NV Investment Holdings LLC, the e-commerce player asked the Future group to strictly abide by the injunctions granted by the Emergency Arbitrator and “ensure that no further steps are taken to proceed” with the transaction.

Earlier this week, the state-owned Bank of India (BOI) moved the NCLT seeking initiation of insolvency proceedings against Future Retail Ltd and a moratorium over the assets of the debt-ridden firm. The bank initiated insolvency against Future Group for non-payment of dues that were due under the terms of the Framework Agreement entered into between Future Retail and the bank.

Also, BOI who is the lead banker of a consortium of banks that has lent money to Biyani’s retail company has urged the NCLT to appoint Vijay Kumar V Iyer as the interim professional of the company.

Amazon has been against Future Group and Reliance Group’s deal that was inked in August 2020 under which Reliance Retail will buy Future Retail’s stores and warehouses for ₹24,713 crore on grounds. As per Amazon, the deal is in violation of its 2019 agreement through which it acquired a 49% stake in FCPL, the promoter entity of Future Retail, for about ₹1,500 crore.