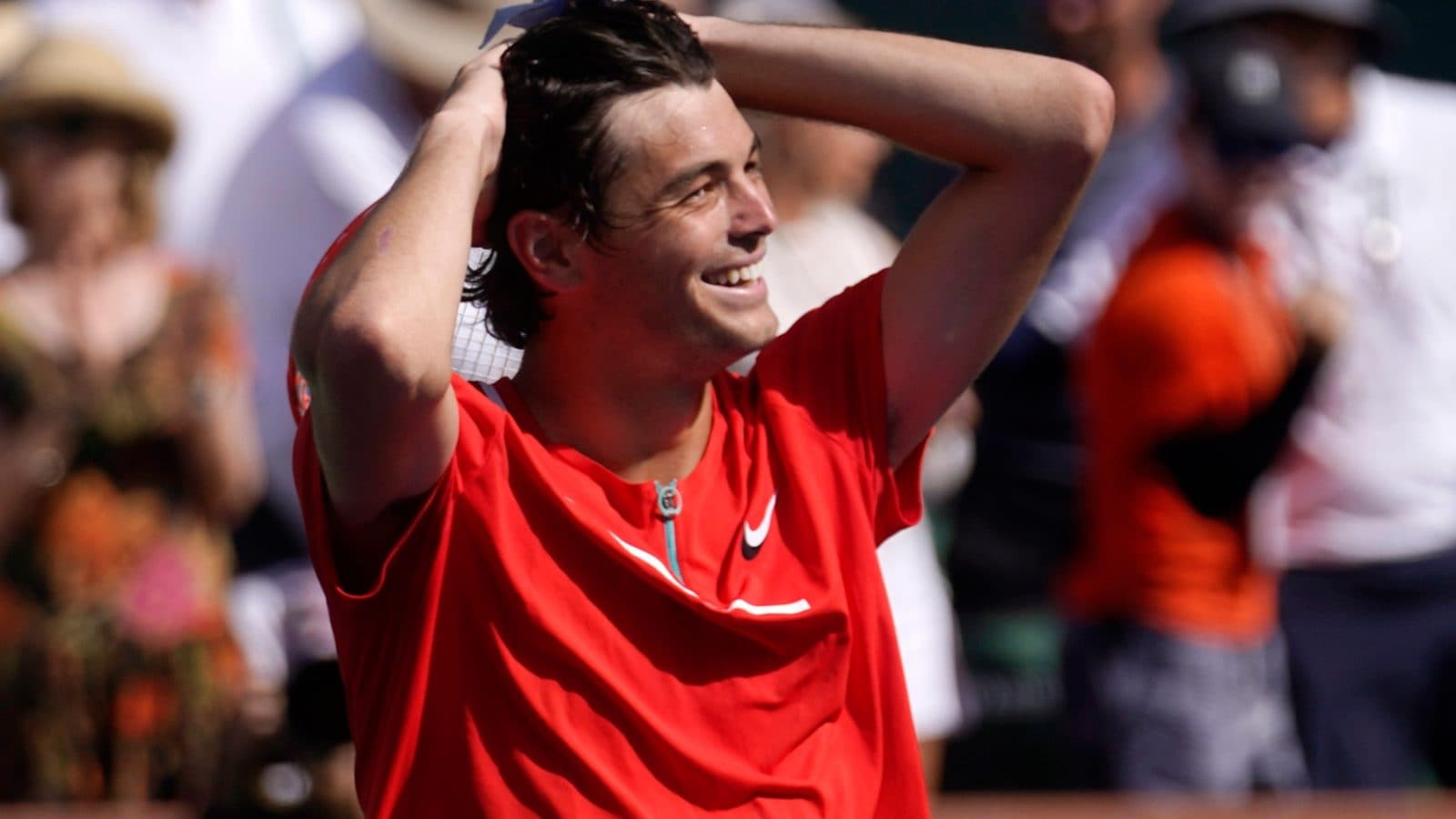 
American No.13 seed Taylor Fritz survived the first-round tug of war in men’s singles with Argentine qualifier Santiago Fa Rodriguez Taverna to win in a five-set thriller at the French Open on Monday.

The reigning Indian Wells champion snagged the opening set in a tie-break after 55 minutes of play. Rodriguez Taverna served for the first set but Fritz broke back when he needed to.

The 22-year-old Rodriguez Taverna, making his Grand Slam debut, took the second set off Fritz and proved to be a feisty opponent in these damp conditions.

After the rain delay, Fritz completed a marathon win and will next square off with Spaniard Bernabe Zapata Miralles.

A raucous crowd braved rainy conditions in Paris and was rewarded with a see-saw three-hour, the 34-minute encounter between Indian Wells champion Fritz and 22-year-old Grand Slam novice Rodriguez Taverna.

“I wasn’t too surprised,” said Fritz after the match. “I knew kind of what to expect and I knew that he had won three matches in a row, [his] first main draw, the guy’s obviously playing his best tennis. “He’s really confident, he’s got nothing to lose playing me, so I expected his level to be high and I think the match was tough,” the ATP Tour quotes him as saying in a report on its website.

For much of the match there was little to choose between the two players, despite their contrasting experiences, but World No. 14 Fritz found something extra in the fifth set to win the match.

Elsewhere, Fritz’s compatriot Reilly Opelka was the first seed of the day to make an exit.

After edging the first set via a tie-break the Serbian began to read the Opelka serve more effectively in sets two and three, breaking three times in total on his way to a one-hour, 49-minute victory.

The win moves Krajinovic level at 1-1 in his head-to-head series with Opelka. The American triumphed in straight sets in the pair’s sole previous meeting, which also took place in the French capital at the 2021 Paris Masters.