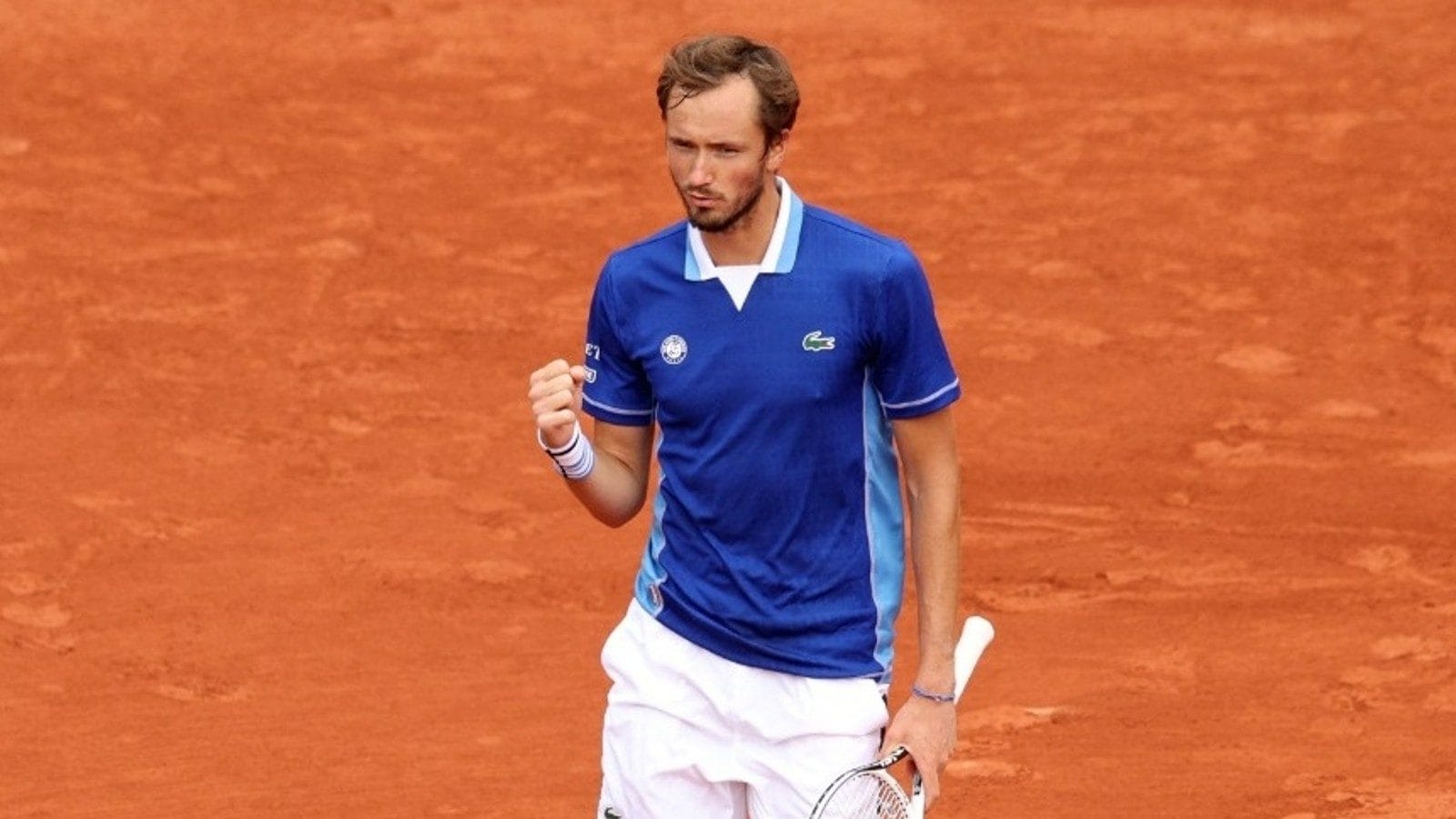 
World No.2 Daniil Medvedev breezed past Argentine Facundo Bagnis 6-2, 6-2, 6-2 for a hassle-free opening round at the French Open on Tuesday.

Medvedev has a shot at returning to the top of the men’s singles rankings, replacing Novak Djokovic, if results go his way at Roland Garros this fortnight.

However, he does not have a great record at the French Open barring a quarterfinal run last year. And on top of it, he has just returned from an injury break.

The 26-year-old returned from a two-month break to recover from hernia surgery last week in Geneva and looked comfortable on Tuesday during his one-hour 38-minute victory over world No.103 Bagnis.

Although an immediate exchange of breaks at the start suggested a potentially intriguing encounter, it proved to be smooth sailing for the 26-year-old Medvedev against the World No. 103 Bagnis, according to a report on the ATP website.

The Argentine lefty appeared to be struggling physically but Medvedev will nonetheless be pleased with the clinical nature of his performance. He struck 35 winners and broke the Bagnis serve eight times in a routine one-hour, 38-minute win.

Medvedev had not won a match at Roland Garros in four attempts before his 2021 quarter-final run, which included victories over Reilly Opelka and Cristian Garin before ending with defeat to eventual finalist Stefanos Tsitsipas.

He has had little time to prepare for this year’s campaign at the clay-court Grand Slam. Medvedev only returned to the Tour a week ago at the Gonet Geneva Open, where he suffered an opening-round loss to Richard Gasquet.

The World No. 2 will be pleased to have another match under his belt as he seeks to maintain his excellent recent record at major championships. He has reached the final at three of the past six Grand Slams and picked up a maiden title at the 2021 US Open.

Medvedev awaits the winner of the clash between Laslo Djere and Ricardas Berankis in the next round.