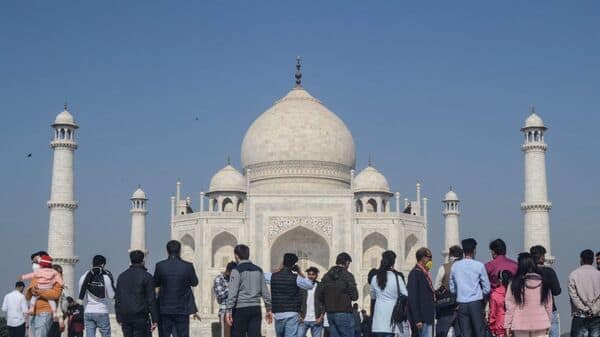 The entry to the premises of historic monument Taj Mahal will remain free for all visitors from today till 15th August, informed the Archaeological Survey of India (ASI) on Friday. However, the main mausoleum does not come under this provision in order to manage the crowd at the iconic Mughal-era monument.

As part of India’s 75 years of Independence celebrations under the Azadi ka Amrit Mahotsav celebrations, Union Culture Ministry has made entry to all Archaeological Survey of India-protected monuments free from August 5th till 15th August.

Taking to Twitter, the ASI said, “Entry to Taj Mahal, Agra shall continue to remain free for all (both domestic and foreign) from 13th August 2022 to 15th August 2022, except the main Mausoleum in order to effectively manage the visitors at Taj Mahal.”

Read the order below to know all details,

There are a total of 3,793 ASI-protected sites across India that will not charge entry fees to any visitors from 5 -15 August, the Union Culture Ministry said.

Making the announcement, Union culture minister G Kishan Reddy said on Twitter, “As part of ‘Azadi ka #AmritMahotsav’ and 75th I-Day celebrations, @ASIGoI has made Entry Free for the visitors/tourists to all its protected monuments/sites across the country, from 5th -15th August, 2022”

Retweeting the minister’s tweet ASI had said, “ no fees shall be charged from visitors (both domestic and foreign) at all ticketed Centrally Protected Monuments/Museums/Archaeological Sites & Remains,from 5th August 2022 to 15th August, 2022.”

ASI will also be hosting 150 flags at centrally-protected monuments, the work for which is expected to start in a few days, news agency PTI reported an ASI official as saying on Thursday.

Each of the 37 circles of ASI will also conduct different programmes to commemorate 75 years of India’s independence such as tree plantation, lectures and raising awareness among school children.

In Agra, ASI is planning a cleanliness campaign at about 40 monuments including Taj Mahal, Fatehpur Sikri and Itmad-ud-daulah. ASI is also set to conduct exhibitions and install the national flag at various monuments in Agra.

Azadi ka Amrit Mahotsav is an initiative by the government of India to celebrate 75 years of India’s Independence. It started on March 7, 2021, with a 75-week countdown to India’s 75th independence day and would end on the next Independence day.

Central Government has taken many initiatives under the Azadi ka Amrit Mahotsav such as the recently launched ‘Har Ghar Tiranga’ campaign to mark 75 years of India’s Independence.