Taiwan-based Foxconn, world's largest assembler of iPhones, unveiled its range of electric vehicles on Monday. These include the Model C SUV and the Model E sedan with impressive features like race-car level acceleration and a 750 kms of range. 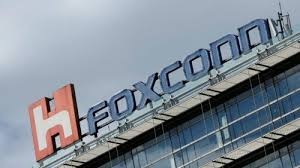 Liu said that Foxconn is open to manufacture its electric vehicles in countries like India, Brazil and other European nations.

However, he said that detailed plan of Foxconn coming to India or Brazil cannot be disclosed at the moment due to ‘disclosure restrictions’. Liu said, “Europe will be a bit faster, I agree with that. But as to where, I can’t tell you.” He also said that Foxconn is also ready to ‘indirectly’ cooperate with German carmakers.

Foxconn, world’s biggest constructing agent of iPhones, made its introduction to the electric vehicle business on Monday by divulging upwards of three idea vehicles which run on battery.

These incorporate the Model C SUV and the Model E vehicle with great components like race-vehicle level speed increase and a 750 kms of reach. The organization likewise uncovered a Model T transport which guarantees a scope of 400 kms on single charge and a maximum velocity of 120 kmph.

The company also clarified that it plans to build for automotive customers rather than selling to customers under its own brand.

“We are no longer the new kid in town,” said Young Liu, Chairman of Foxconn’s flagship unit Hon Hai Precision Industry Co. “We have gradually built an EV supply chain and showcased our EV hardware.”

The company has already struck a deal with US-based startup Fisker, which is also an electric vehicle manufacturer, and Thailand’s energy group PTT PCL.

The company also bought a manufacturing facility in US, which was earlier owned by Tesla rival Lordstown Motors, to make electric cars. In August it bought a chip plant in Taiwan in a move to supply future demand for auto chips.

Foxconn and Stellantis Group, which includes carmakers like Jeep, Citroen and others, had announced their plans in May this year to set up a joint venture to supply in-car and connected-car technologies.