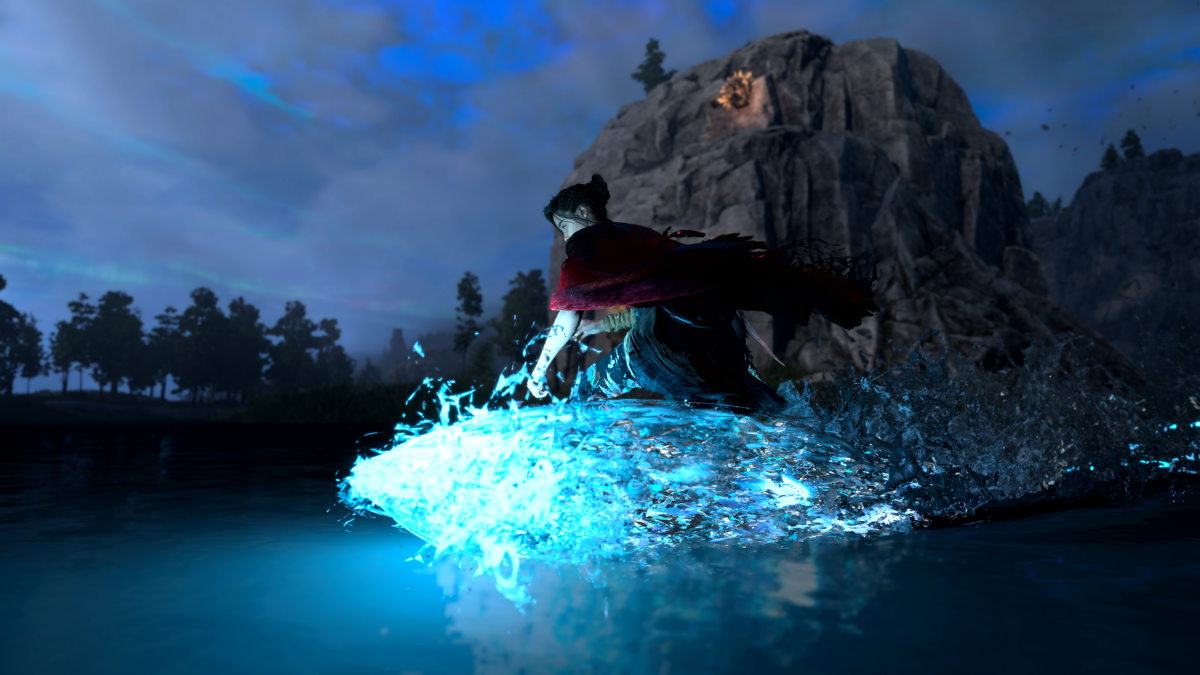 Square Enix has explained the eight different magical parkour abilities in Forspoken that allow the player to speed, scale, and soar around the world of Athia.

Detailed in a PlayStation Blog post, the different skills won’t all be unlocked from the beginning, but protagonist Frey will likely accrue them fairly quickly as developer Luminous Productions appears to be focusing greatly on traversal.

Flow is the most basic of the parkour abilities and seemingly the first that Frey will learn. It lets the player sprint through the map at great speeds, jumping over any objects that get in the way like small rocks or walls.

It does require stamina, however, but the Rush ability acts as a workaround here as it allows Frey to maintain her top speeds without draining her energy. Orange flames will occasionally appear around the character, and pressing Circle at this moment causes Frey to burst forward even faster without using stamina.

Chaining traversal abilities together like this is a key mechanic in Forspoken, and when mastered can be used to zip around the map regardless of the terrain. Players can also perform a low jump with the Shimmy ability, double-jump with Scale, and climb a cliff-face with Soar, for example.

When jumping from the top of those cliffs, the Float ability puts Frey in a water bubble that acts as a glider, and she also has what’s essentially a grapple ability, called Zip, that can be used for traversal or as a dodging mechanic in combat.

Finally, for getting across bodies of water, Frey can essentially turn into Frozone from The Incredibles and create an icy surfboard to maintain her speed even across lakes and rivers.

Forspoken was first announced as Project Athia in 2020 but rebranded a year later, announcing boldly that it aimed to use its open world and Frey’s magical abilities to create the “highest quality visuals ever”. It was delayed in March this year and will now be released for PlayStation 5 and PC on January 24, 2023.

Ryan Dinsdale is an IGN freelancer. He’ll talk about The Witcher all day.