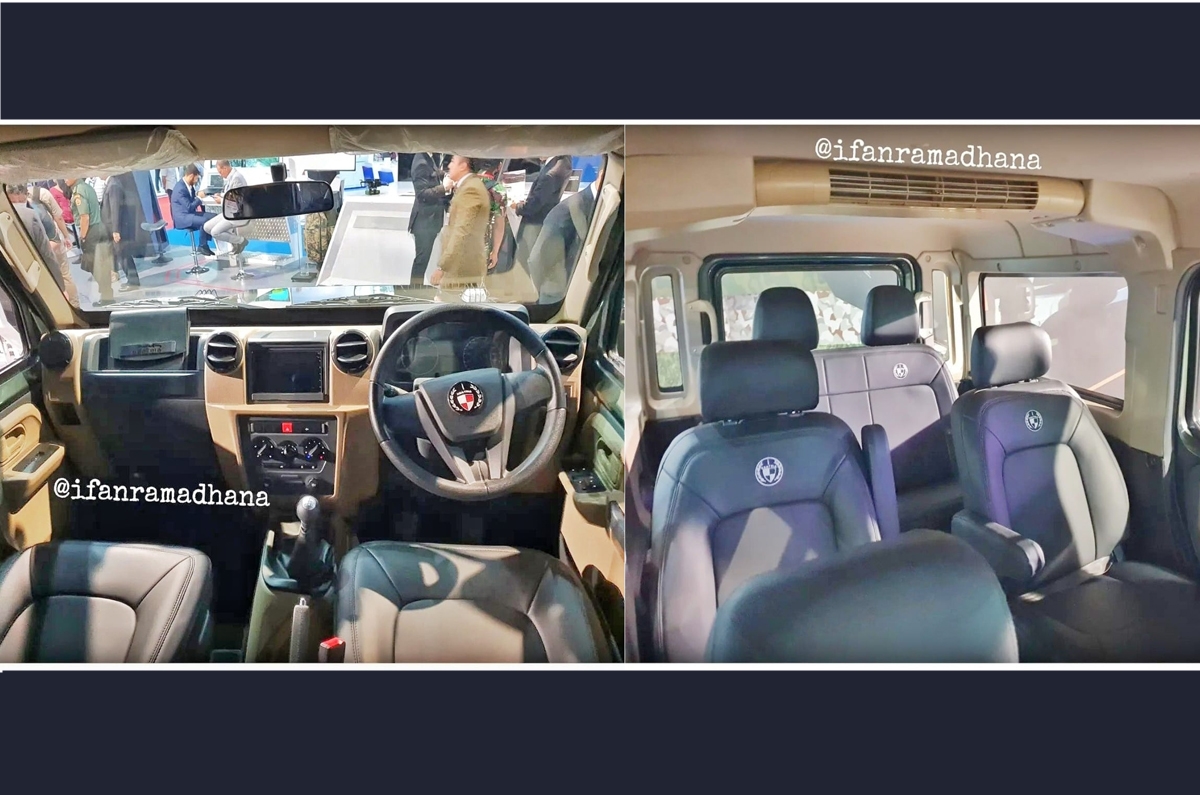 Indonesia-based Republik Motor will be producing the two Force SUVs under licence, with plans to produce them in Indonesia soon.

Indonesia-based Republik Motor has showcased the Ksatria SUV and a unique double-cabin pickup truck. These new vehicles are based on the Force Motors Gurkha 5-door. While the Ksatria SUV is essentially a five-door version of the Gurkha, it is interesting to see a pickup truck on the same platform.

The two SUVs were showcased at the Indo Defence Expo and Forum. They will be initially sold to government agencies and it is said to be available to customers in the future. The two SUVs will be produced under licence from Force Motors and there are plans to produce the Ksatria SUV and pickup truck locally in Indonesia. It seems that the display vehicles were produced in India.

Visually, the Ksatria looks very similar to the Gurkha SUVs. At the front, both get the same LED headlights, grille and front bumper. The only differences visible at the front seem to be the bull guard along with the headlamp and indicator guards. Over to the sides, the Ksatria SUVs sport different alloy wheel designs. At the back is where the Ksatira SUV has the biggest difference compared to the Gurkha. The Indonesia-spec SUVs feature LED tail-lights with a grille and a cover for the spare wheel.

The Ksatria pickup truck features a dual-cab design. The display vehicle also showcased a missile launcher that is placed in the truck bed. The door seems to be hinged on the side rather than at the bottom, like most other pickup trucks.

Inside is where the Ksatria differs the most compared to its Indian counterpart. It gets a dual-tone interior with black and beige colours, while the Gurkha only gets a black interior. Other differences compared to the Gurkha include more plush seats in the Ksatria.

The 5-door version is shown with a 6-seat layout with captain’s chairs in the second row and a bench in the third. There is also a ceiling-mounted module for the AC vents.

Republik Motor is using the same engine in the Ksatria that is found in the Gurkha. The 2.6-litre OM616 diesel engine, sourced from Mercedes-Benz, produces 91hp and 250Nm of torque. Further details of the Ksatria’s powertrain remain scant, but as it is a rebadged Gurkha, it is expected to be offered with a 5-speed manual gearbox and four-wheel drive with low range and mechanically locking front and rear differentials.

While the Force Gurkha 5-door is being readied for an India launch, this is the first time the vehicle has been shown officially, albeit under a different name in a different country. Since the pick-up truck is based on the same platform, it will be interesting to see if it arrives in India. If it does, it could become an affordable alternative to lifestyle SUVs like the Isuzu D-Max V-Cross and Toyota Hilux.