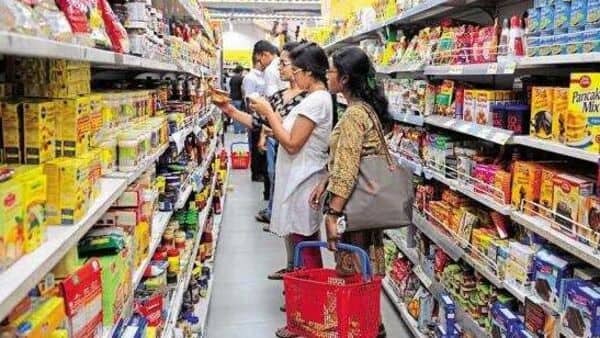 NEW DELHI: Makers of consumer goods could report “normalised margins” in FY23 on the back successive price hikes undertaken over the last few quarters as well as some moderation in raw materials inflation, according to a report by brokerage Edelweiss Securities. The brokerage firm also expects urban demand to improve next fiscal.

“In FY23, we anticipate consumer companies to get back on track with normalised margins on the back of price hikes to combat inflation. Generally, price increases occur with a lag due to the time required to decide on, implement, and communicate price increases to distributors. However, as raw material prices cool off, the reduction in final prices is typically much smaller. As a result, we expect margins to improve for a number of large consumer companies,” the company said in a report on the consumer goods sector.

Fast moving consumer goods companies have been battling higher-than-expected input cost inflation over the last several quarters, prompting price hikes across a range of products such as soaps, biscuits, tea, detergents, among others.

The manufactures have braved a steep run-up in prices of raw materials, some which have hit multi-decade highs. This has a substantial impact on margins of consumer goods companies, it said. Some companies have thus taken staggered price hikes that are expected to continue till the end of the current quarter.

However, Edelweiss Securities expects margins to stabilise in the next fiscal as certain raw material prices cool down.

“For example, tea and palm oil have declined from their peak levels. Major raw materials have been inflationary for more than two quarters. It is improbable that the inflationary impetus would persist beyond FY22, as the global supply system would have geared up by then to meet the rising demand,” it said.

Meanwhile, demand trends have remained erratic. While, most companies have benefitted from rising in-home consumption of packaged foods as well as surge in demand for home care products; demand for discretionary items have lagged.

“At a broader level, we also expect urban demand to strengthen. That input costs have started to cool off should also assist in reviving household revenue streams. Rural per capita consumption is one third of urban hence we don’t believe there is any structural problem for volume revival in FY23 as the FMCG sector is typically a strong beneficiary of government support, particularly with the union budget round the corner,” the brokerage said.