Finance Minister Nirmala Sitharaman may announce the govt guarantee on securities receipts. The Union Cabinet is learnt to have approved the proposal to formalise sovereign backing for the securities receipts issued by the National Asset Reconstruction Company Ltd. 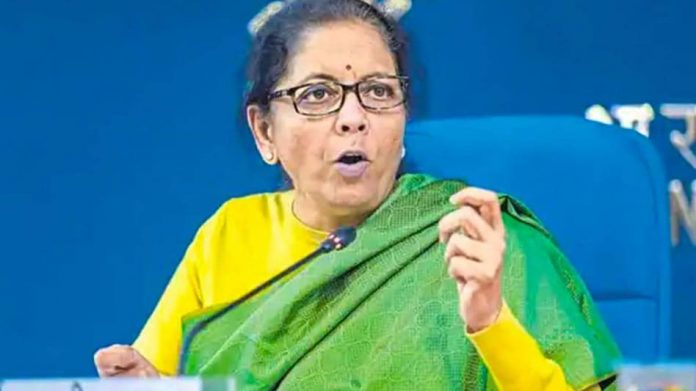 Moneycontrol learns she is likely to announce a formal government guarantee on the securities receipts that the planned ‘bad bank’ will issue to banks as it takes on non-performing assets from their books.

A bad bank is a bank set up to buy the bad loans and other illiquid holdings of another financial institution.

It is understood that the Union Cabinet, on September 15, had approved the proposal to formalise sovereign backing for the securities receipts issued by the National Asset Reconstruction Company Ltd (NARCL). The Cabinet nod will pave the way for the operationalisation of NARCL.

Sitharaman had first announced the setting up of a ‘bad bank’ in her 2021-22 Union Budget Speech.

“An asset reconstruction company and asset management company would be set up to consolidate and take over the existing stressed debt,” she had said. The bad bank will then manage and dispose of the assets to alternate investment funds and other potential investors.

As per reports, the NARCL would buy bad loans at 15 per cent cash and the remaining 85 per cent would be in security receipts guaranteed by the government.

In August, the (IBA) had moved an application to the Reserve Bank of India (RBI), seeking licence to set up the Rs 6,000-crore NARCL. It was incorporated last month in Mumbai, following the registration with the Registrar of Companies.

As per reports, the company, after mobilising an initial capital of Rs 100 crore and fulfilling other legal formalities, has approached the RBI seeking licence to undertake the asset reconstruction business.

Check out these 5 tips on how to reduce your home loan interest rate.

These four private sectors banks are currently offering the highest rate of return on 3 year-FD.