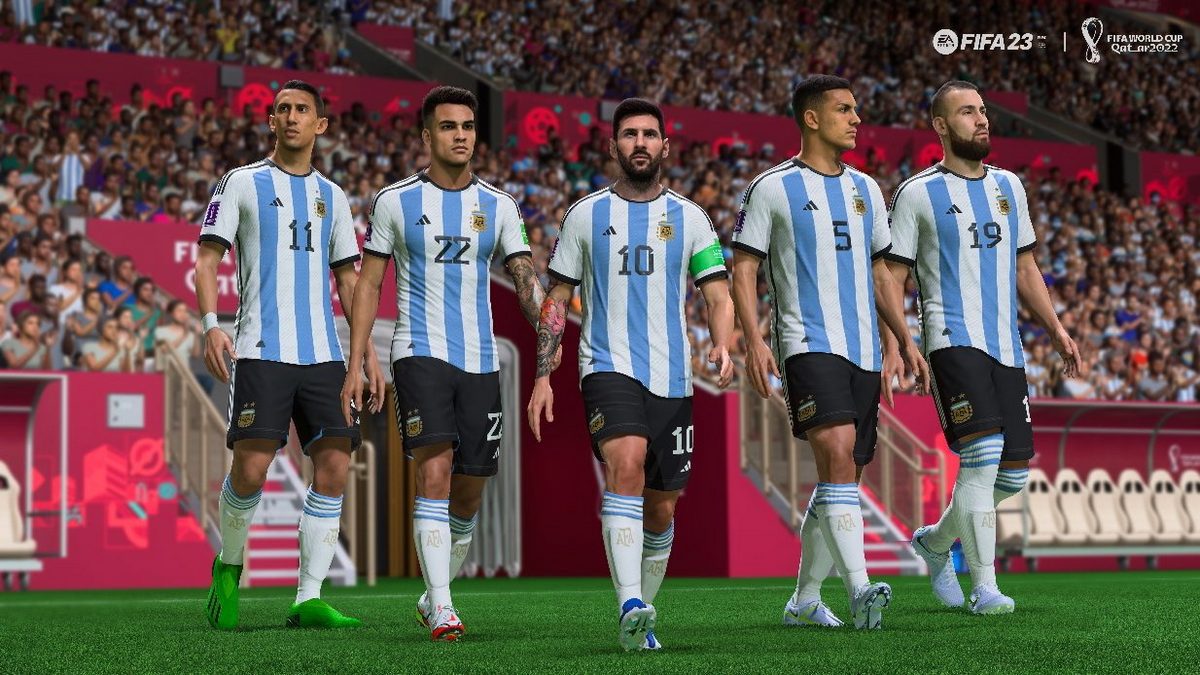 
Following grueling competition, the world’s most prestigious sports tournament will finally come to a close later tonight when Argentina takes on France in the Final of the FIFA World Cup 2022.

The match will be a hotly contested affair with two of the world’s best players in Lionel Messi and Kylian Mbappé battling it out to stake their claim in the sport’s biggest trophy.

Both sides are evenly matched with several predictions and theories considering it to be a 50-50 affair. However, the people behind the sport’s most popular video game had already made a prediction about one of the teams taking home all the glory over a month ago.

EA Sports, the developers behind the FIFA video game series predicted that Lionel Messi’s Argentina will win the World Cup in Qatar. The prediction was made by simulating all the games on the franchise’s latest title, FIFA 23.

In the simulation, Argentina won the match by a scoreline of 1-0 against the South American giants Brazil, instead of France.

If Argentina are the victors tonight, then EA Sports will have successfully made another correct prediction. Ever since the developers began simulating World Cup matches in 2010, the FIFA series has always chosen the eventual winners of the tournament. This includes Spain in 2010, Germany in 2014, and France in 2018.

Furthermore, the current simulation has also predicted other affairs relating to the tournament that might also happen later tonight. This includes Messi winning the World Cup’s Golden Boot as the top scorer. The Argentine phenom is currently tied for first with France’s Kylian Mbappé with 5 goals, with Argentina’s Julián Álvarez and French striker Olivier Giroud coming second with 4 goals.

Following Messi’s scintillating performances at the World Cup, it’s very likely that the PSG player will win a second Golden Ball as the tournament’s best player, which has also been predicted in EA Sports’ simulation.

With all the stars pointing towards an Argentina victory, fans of the Albiceleste will be looking to support its players as the 12th man, as they attempt to win their first World Cup since 1986.

Read Next: James Cameron Face-Off: Who Is the Best Character Across Avatar, Titanic, Terminator, Aliens, and More?