FBI says ISIS, Al-Qaeda intend to carry out large-scale attacks against US 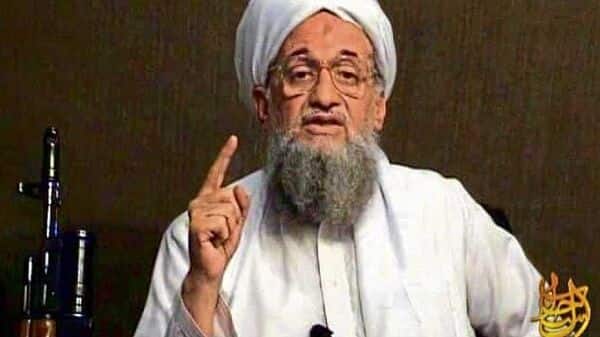 FBI Director Christopher Wray on Thursday has expressed concern that foreign terrorist organisations (FTOs), such as the Islamic State and Al-Qaeda, may either launch or inspire large-scale attacks against the US.

The head of the Federal Bureau of Investigation (FBI) said in a prepared statement before the US Senate Committee on the Judiciary.

“Despite its loss of physical territory in Iraq and Syria, ISIS remains relentless in its campaign of violence against the United States and our partners – both here at home and overseas,” Wray said.

Also Read: After Ayman al-Zawahiri’s death, this ex-army officer is likely to head Al-Qaeda. 5 things to know about him

Wary said that ISIS and its supporters continue to aggressively promote its hate-fueled rhetoric and attract like-minded violent extremists with a willingness to conduct attacks against the United States and our interests abroad.

“ISIS’ successful use of social media and messaging applications to attract individuals is of continued concern to us. Like other foreign terrorist groups, ISIS advocates for lone offender attacks in the United States and Western countries via videos and other English language propaganda that have, at times, specifically advocated for attacks against civilians, the military, law enforcement and intelligence community personnel,” he said.

“Al-Qaeda maintains its desire to both conduct and inspire large-scale, spectacular attacks,” he added.

Earlier this week, the Biden administration said that by hosting the leader of Al-Qaeda in Kabul, the Taliban violated the Doha Agreement and repeated assurances that they would not allow Afghan territory to be used by terrorists to threaten the security of other countries.

“They also betrayed the Afghan people and their own stated desire for recognition from and normalization with the international community,” US State Department said in a statement.

On July 31, the United States conducted a precision counterterrorism strike in Afghanistan that killed Ayman al-Zawahiri, Osama bin Laden’s deputy and successor as leader of al-Qa’ida.

According to officials, Zawahiri was on the balcony of a safe house when the drone fired two missiles at him. Other family members were present, but they were unharmed and only Zawahiri was killed. 71-year-old Zawahari had a USD 25 million bounty on his head

After the killing of Zawahri, the US warned Americans overseas to be on high alert. “As terrorist attacks often occur without warning, U.S. citizens are strongly encouraged to maintain a high level of vigilance and practice good situational awareness when traveling abroad,” State Department said in an alert.

It added that there is a “higher potential for anti-American violence after death, and that current information suggests terrorist groups are plotting attacks against US interests in multiple regions across the globe.”

Meanwhile, after the killing of Ayman al-Zawahiri, the terror organisation al-Qaeda has once left without an ’emir’. Zawahiri, 71, had succeeded Osama bin Laden chief of al-Qaeda after the latter was killed by the US special forces operation in Pakistan’s Abbottabad in May 2011.

Now, as the US has also eliminated Zawahiri, speculation is rife that Saif al-Adel an Egyptian ex-Army officer will be elevated as the new chief of al-Qaeda.