Far Cry 6 is currently on pre-order. 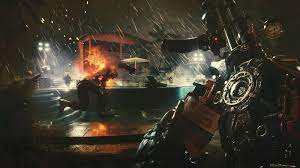 Far Cry 6, the sixth main instalment in the Far Cry series, is all set to release this week. Developed by Ubisoft Toronto, Far Cry 6 will be available on Amazon Luna, Microsoft Windows, PlayStation 4, PlayStation 5, Xbox One, Xbox Series X/S, and Stadia.

In the game, you play as local guerrilla Dani Rojas (Sean Rey/ Nisa Gunduz) who’s trying to liberate the fictional island Yara, based on Cuba, from the grips of the dictator Antón Castillo.

Yara is ruled with an iron hand by dictator Antón Castillo — played by Giancarlo Esposito who you might remember as Gus Fring from the popular American TV series Breaking Bad. Life is hard for the Yarans and they desire to escape to a better life. Castillo’s policies have isolated Yara from the rest of the world.

Having lost his father in a revolution 60 years ago, Castillo grew up believing that his country had been stolen from him. As an adult, he rode a populist wave to power, by romanticising the pre-revolution Yara.

Played from a first person perspective, Far Cry 6 puts you in the shoes of Dani Rajos (Sean Rey/ Nisa Gunduz), a local Yaran who just wants to get away.

But after witnessing a horrific crime, Dani is driven into waging guerrilla warfare against Castillo. Ubisoft Toronto went to Cuba to experience the culture, and to speak with former guerrillas and their descendants.

Given the failures of Far Cry 5 in handling political material, many are naturally worried if Far Cry 6 is setting foot in a quagmire. On the surface, Ubisoft seems to be handling the political themes better this time around.

Here is all you need to know about Far Cry 6, including its India pricing, PC system requirements, when to expect reviews, and more.

The Standard edition just includes the game while the Gold edition comes with the Season Pass too.

The Ultimate edition comes with an Ultimate pack along with the game and Season Pass.

The Collector’s edition is only available to the users who buy the physical version of the game and includes Collector’s items like the replica of “Tostador”, the DIY flamethrower resolver weapon, a “how to assemble” one-pager artwork, a Collector’s case, and a steelbook with an emblematic design inspired by Far Cry 6’s cast of characters.

The Collector’s edition of the game is only available for players on Xbox One, Xbox Series X/S, PS4, and PS5.

Players who buy the Xbox One or PS4 game can upgrade to the Xbox Series X/S or PS5 version at no additional cost.

Ahead of the launch of Far Cry 6 Ubisoft has revealed the PC system requirements for the game — for those aiming for 1080p 30fps all the way up to 4K 30fps with raytracing on.

For all the settings listed below, the gamers have to make sure that their PC is running Windows 10 (20H1 version or newer, 64-bit only) and that their system is compatible with DirectX 12 (DX12):

Will Far Cry 6 be on Steam?

Far Cry 6 will not see a Steam release. The game is currently only available on PC through Ubisoft Store and the Epic Games Store.

The developers of the game, Ubisoft Toronto, built an entire (tiny) country, the biggest ever map for a Far Cry game. Thus, it makes sense that Ubisoft Toronto would want you to slow down, take a breath, and explore the beauty of Yara. That is why the developers have come up with a gun holstering system.

Far Cry 6 world director Benjamin Hill told reporters that the players can put their weapons away and blend in, so as long as they are not doing anything antisocial.”…

As long as you’re not causing trouble for the military, and you’re not in any zones that the military consider to be protected or restricted, you can actually explore Yara,” Hill said.

You can stand on the beach and just watch the sun set, or they can take a walk through the city centre where you’ll be able to eavesdrop on conversations.

Far Cry games are usually played from a first-person perspective. All you see are the characters arms and legs. But Far Cry 6 is set to be the first Far Cry game to show the character, Dani Rojas’, face. This is because Ubisoft Toronto wanted the local guerrillas to voice their opinions.

Dani’s face is shown also to have the players connect with and feel for the protagonist as the character goes on a journey. Dani Rojas is played by Sean Rey (as a man) or Nisa Gunduz (as a woman).

There won’t be any differences to their journey of the character, whether you opt to play as a man or a woman. Far Cry 6 narrative producer Nicola Jones said, “We wanted to make sure that the only difference was the performance between Nisa and Sean.

The dialogue is the same. The entire character arc, every conversation Dani has with our key characters, is exactly the same.

It was really important. You should choose the hero that you want to go on this journey with, but you shouldn’t have to compromise on the story that you get as a result.”

Unlike the protagonists’ of the previous installations of the game, Far Cry 6’s protagonist is a born-and-bred local person.

Far Cry 6 narrative director Navid Khavari believes that this aspect will make it a “much more personal fight” for Dani as they “fight back for the freedom of their country.”

The first Far Cry 6 reviews will reportedly be available Wednesday, October 6 — a day ahead of the game’s release.

The new data bill is nothing like its first draft