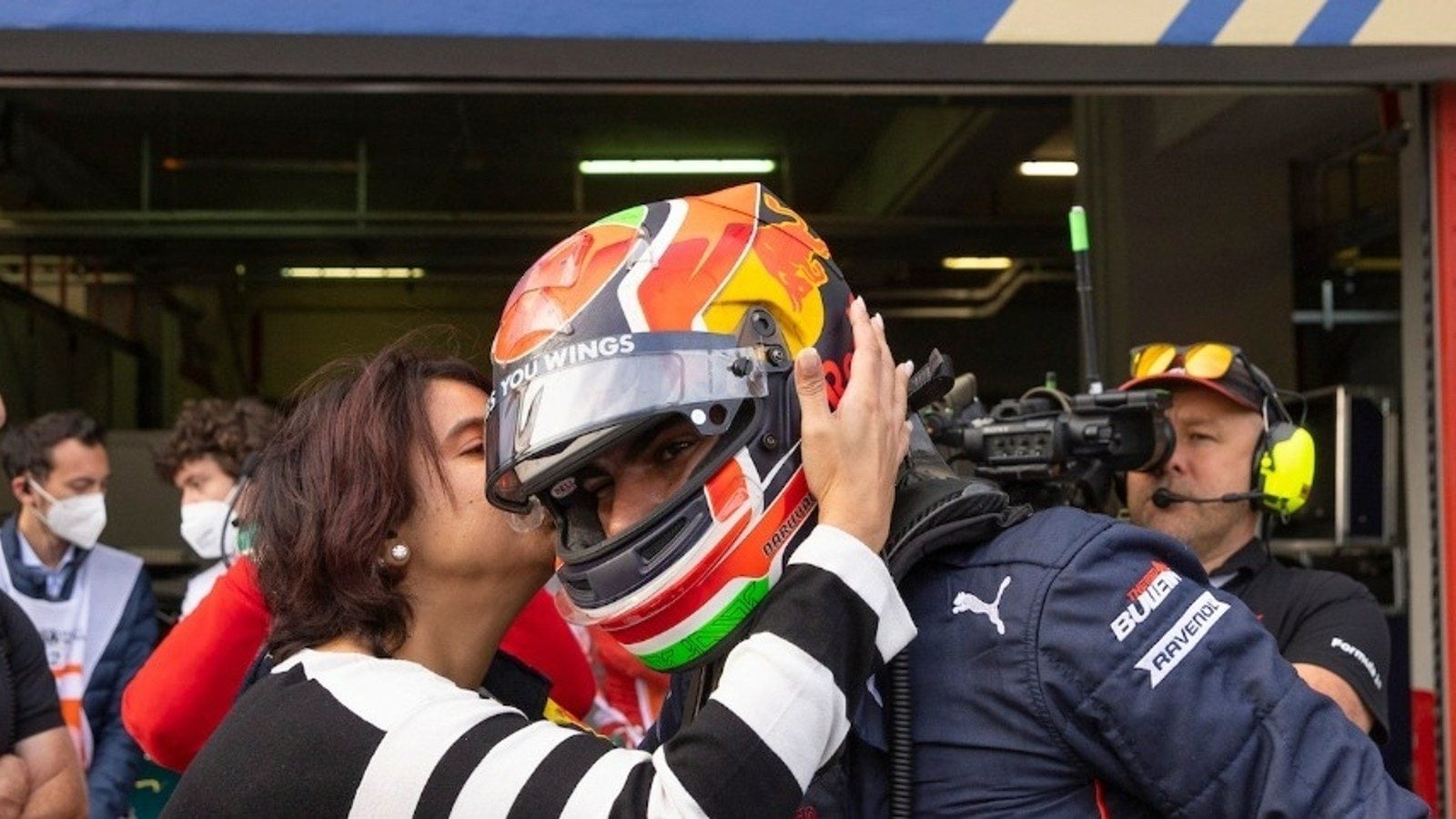 
India’s Jehan Daruvala only just missed out on victory, with the Red Bull-backed racer coming away with a second-place finish in the sprint race of the Formula 2 championship’s Imola round.

On Saturday evening, the 23-year-old, who started third, rocketed off the line to slot into second behind Marcus Armstrong, who took the lead after Sprint race pole-sitter Logan Sargeant made a tardy getaway and dropped to fifth.

Jehan kept the position through an early safety car and then a subsequent Virtual Safety Car period before unleashing his pace.

He cranked up the pressure on Armstrong, nagging him for the lead as he closed to within a second of the Kiwi racer.

But with overtaking proving to be tricky on the narrow Imola track, Jehan crossed the line 1.4 seconds behind the Hitech driver. His Prema team-mate Dennis Hauger was third, completing a double podium for the Italian team on home soil.

His second place in Imola was Jehan’s third podium from as many rounds this season and 10th overall in Formula 2. It also lifted him to third in the overall drivers’ standings.

“Firstly, I got off the line better than the guys at the front but because I had to avoid Logan I lost some momentum and couldn’t get Marcus. But after that, the race wasn’t easy. I was trying to put him under a lot of pressure early on in the race but it was really hard to follow, especially in the middle sector. I had DRS but I was never quite close enough to mount an attack. I tried to cool down and give it a go at the end but again when I got closer I really struggled to follow. All in all, we had great pace but couldn’t really use it much,” said Jehan.

Jehan now heads into Sunday’s Feature race. Starting eighth, the 23-year-old will have his sights set on another strong result.