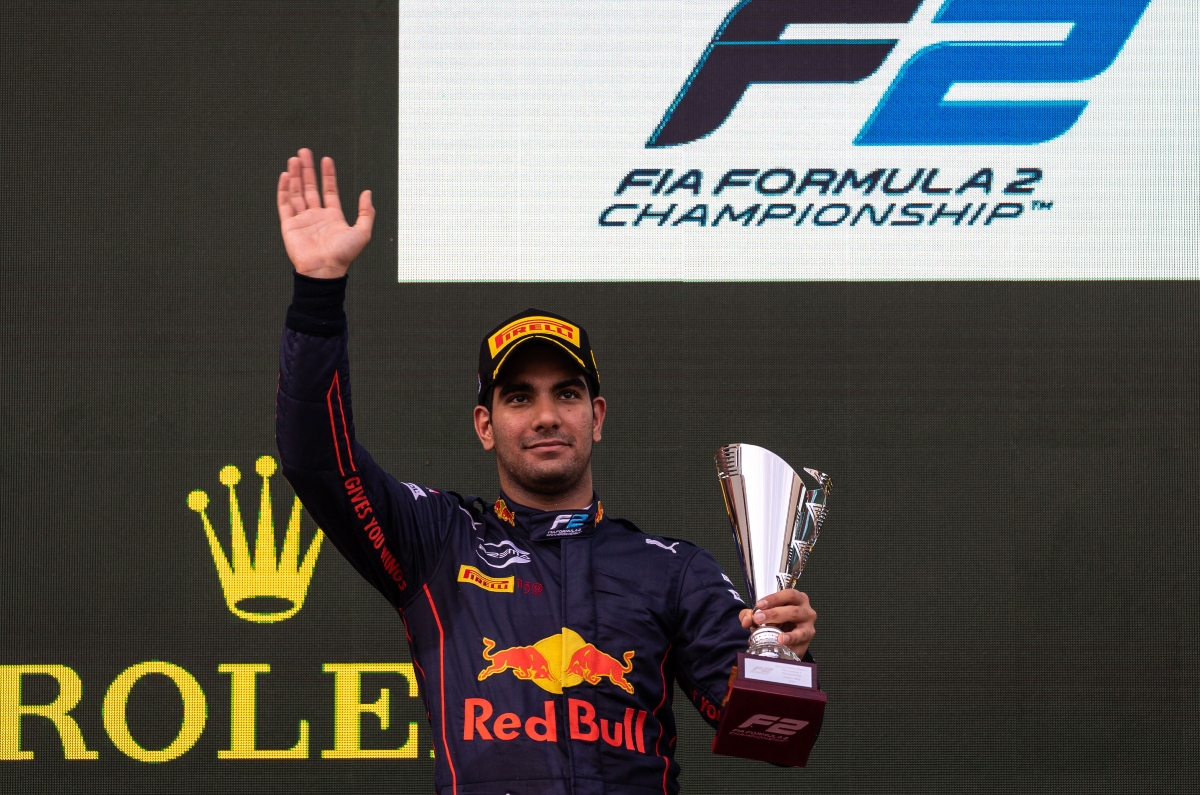 Daruvala moves up to third overall in the 2022 F2 championship after a strong showing at Imola.

Jehan Daruvala finished second in the F2 Imola GP sprint race, to further bolster his championship charge. The Indian racer has finished on the podium in all three F2 rounds this season, and his latest results have propelled him to third in the overall standings.

Starting from third on the grid, Daruvala quickly moved up to second after a good getaway off the line. He was being chased by his Prema teammate Dennis Hauger, but the Norwegian driver couldn’t find a way past Daruvala. The Indian driver upped his pace after the Virtual Safety Car period (triggered by Ralph Boschung) ended, and started closing the gap to race leader Marcus Armstrong.

However, overtaking is tricky on the narrow Imola track, and Daruvala had to eventually settle for second place.

Prema and Daruvala opted for the alternative strategy in the feature race, starting on medium tyres. But an early safety car essentially gave all the drivers who started on soft tyres a free pitstop, while Daruvala had to stay out.

He inherited the race lead on Lap 9 and held on to it for a significant portion of the race. Hopes for another opportunistic Safety Car didn’t play out. Instead, Roy Nissany’s retirement resulted in a Virtual Safety Car and the pit lane being closed, which further hurt all the medium tyre runners like Daruvala.

By the time he took his mandatory pit stop and re-joined the track, Daruvala had dropped to 14th place. But he charged up the field to finish ninth, and set the fastest lap in the process. It may not have been the result he was hoping for, but the race did show that he had the pace to perhaps fight for victory, had it not been for the ill-timed safety cars.

“After the fighting for the win yesterday, I was obviously hoping for more,” Daruvala commented. “It’s a real shame the safety car came out when it did because we clearly had the pace to win.”

“The car felt great, I was able to get into a really good rhythm and I felt very comfortable in the lead. You can always dwell on the what-ifs, but my focus now is very much on carrying this momentum into the next round in Barcelona.”

2022 is going to be a make-or-break season for Daruvala’s F2 aspirations, and so far, the Indian is certainly delivering the results. He’s the only F2 driver this year to have finished on the podium in every round so far, and is also the leading Red Bull junior in the standings.

The next F2 round will be held on May 20-22 at Spain’s Circuit de Barcelona-Catalunya.

Jehan Daruvala on his F1 ambitions: I must perform well this year