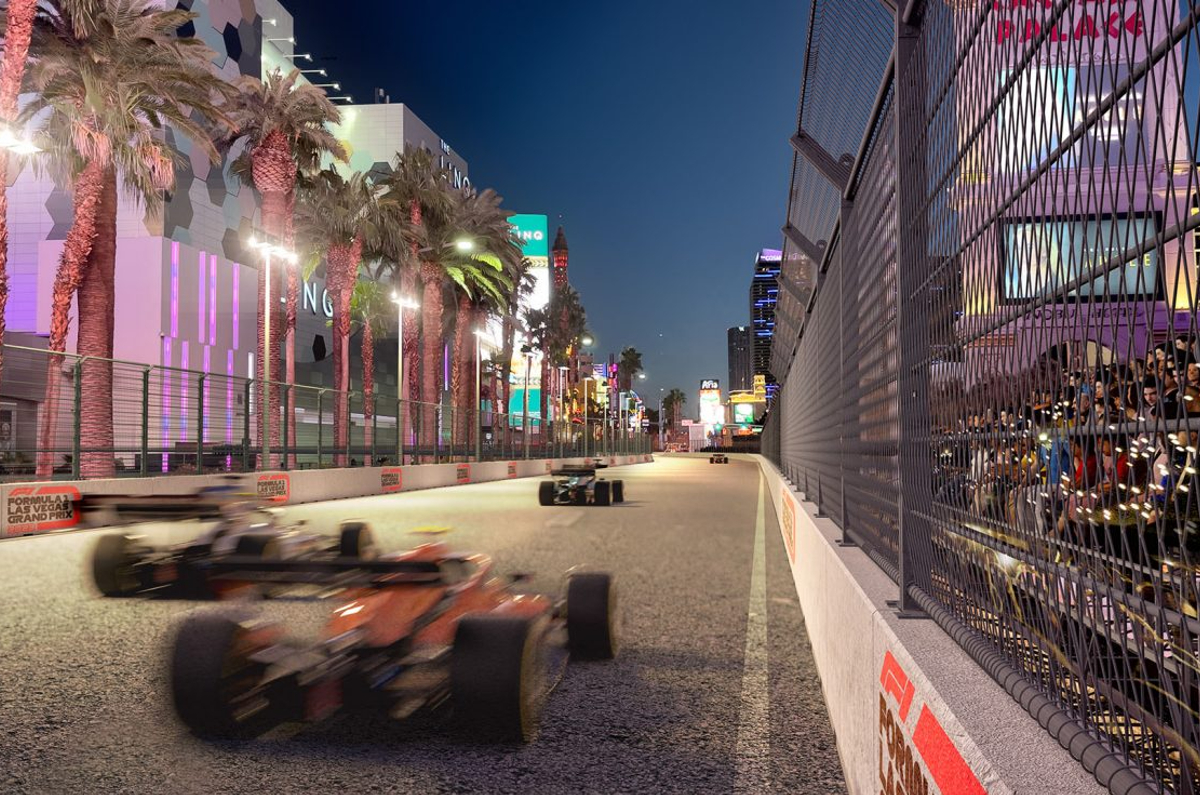 Formula 1 is headed to Las Vegas in November 2023, with a Saturday night race along the famous Strip.

Formula 1 is returning to Las Vegas in 2023 after over 40 years, and this time around, the cars will race at night on the iconic Las Vegas strip – taking full advantage of the city’s neon spectacle. So what can you expect from the newest addition to the F1 calendar? We run you through all the highlights:

The 6.12km long street circuit will weave its way through some of Las Vegas’ most iconic hotels – Caesars Palace and the Bellagio – and casinos along the famous Strip. This would make it the third-longest track on the calendar, behind Spa and Jeddah.

The track will feature 14 turns, three straights, a high-speed cornering sequence and a single chicane section. Average speeds around the track are expected to be comparable to Monza – around the 342kph mark. This means that teams will have to bring the low downforce-spec cars here.

Moving away from tradition, the Las Vegas GP will be held on a Saturday, rather than Sunday, with Saturday being a primetime slot for the US audience.

So, everything will take place a day earlier than usual. The first two practice sessions (FP1 and FP2) will be held on Thursday, FP3 and Qualifying will be on Friday, followed by the race on Saturday.

F1 hasn’t announced the dates for the race, but has confirmed that it will be held sometime in November 2023.

Ahead of the race, the layout will be resurfaced to iron out bumps as much as possible. The cars will race down one side of the Las Vegas Strip to avoid taking out the central reservation, but the track is still expected to be around 12-15 metres wide.

Not the first F1 race in Vegas

F1 had earlier raced in Las Vegas all the way back in 1981 and 1982, but that temporary track was built entirely in the Caesars Palace casino’s car park.

Reflecting on the championship’s growing popularity in the USA, Las Vegas will be the third American track on this year’s calendar. The Miami GP street race will make its debut on May 6-8 this year, while Austin’s Circuit of the Americas has now become an F1 staple.