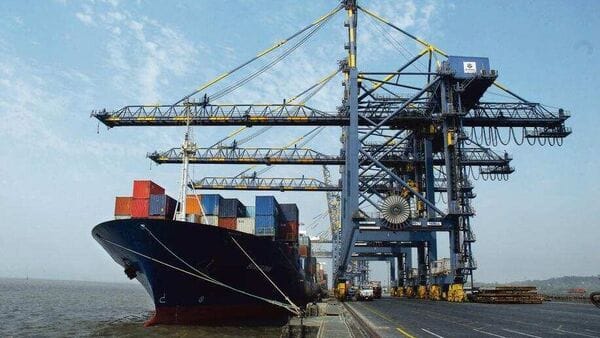 At the beginning of March, nearly $400-500 million worth of export payments to Russia were stuck, according to industry estimates. However, exporters told Mint that there had been no case of payment defaults, with Russian buyers trying to make payments through alternative routes and keen to buy more.

However, despite high demand from Russia, the lack of insurance cover and blocked shipping routes are preventing fresh consignments from getting shipped.

“Payments have started moving from Russia in euros through smaller banks. We are told that around $100 million worth of payments has already come in. There are no default cases by Russian importers, and they are willing to buy more from India,” said Ajay Sahai, chief executive officer and director-general, Federation of Indian Export Organisations (FIEO).

While the US imposed fresh sanctions on more banks, covering the state-owned Sberbank and private lender Alfa-Bank last week, the latter reportedly said it will continue transactions in rubles, euros and other currencies, while halting those in dollars.

“There are smaller Russian banks that are not on the sanctions list. So some of the dues are coming via these banks, but there is a lot of uncertainty on this front,” said Anshuman Kanoria, chairman of the Indian Tea Exporters Association. He added that consignments to Russia remain stuck due to the unavailability of shipping lines. “Shipping giant Maersk, for instance, has said they will halt cargo bookings to and from Russia, and this has slowed shipments on the route,” he added.

Queries emailed to the spokespeople for the department of commerce and Russian Embassy remained unanswered till press time.

Mahesh Desai, chairman of the Engineering Exports Promotion Council (EEPC), confirmed that payments were being made in euros by Russian importers. “There is a ban on nine big Russian banks. There is no ban on smaller banks. So Russian buyers are making small payments for goods that they have received in euros,” Desai said.

He added that while Russian buyers were willing to buy and pay, the problem was the consignments are yet to be shipped due to the lack of insurance cover.

“Russian buyers want to buy goods from India. There are a huge amount of goods lying ready for shipments in the factories of Indian exporters. But, due to the lack of ECGC cover, no bank is willing to give concessional finance to exporters. Besides, while smaller payments are coming in, larger payments are still a question mark,” Desai said.

In February, state-owned Export Credit Guarantee Corp of India (ECGC) modified the cover category shipments to Moscow from ‘open cover’ to ‘restricted cover’ category and increased premiums. The restrictive cover has revolving limits (normally valid for a year) and is approved specifically on a case-to-case basis. An exporters’ body chief said that most of the exporters could receive payments for the shipments that the Russians received.

“Part of the payment is in euro and part of it is in rupee. However, there is a worry about payments of shipments that are stuck on their way. Sberbank of Russia has a branch in India, and they are processing the payments. Besides, SBI Delhi is also managing the rupee-ruble mechanism,” he said on condition of anonymity.

Sujit Patra, secretary of the Indian Tea Association (ITA), also confirmed that payments were coming in.

“Initially, there were payment-related issues, especially after Russia was cut off from the Swift payment gateway. But some exporters have started to get their payments for tea shipments. Russia is a big market for Indian tea, and it is crucial that we receive our payments to continue to engage with them,” he said, adding that the association has requested a rupee-ruble trade mechanism to streamline payment. Russia is India’s second-largest market for tea, with shipments worth $88 million in 2020-21. Russia accounted for 13% of India’s total tea exports in 2020-21.

In FY21, India’s export to Russia stood at $2.6 billion, while imports stood at $ 5.5 billion. Among the top exported items, India shipped $469 million worth of pharma products and $301 million worth of electrical machinery to Russia. Other items of exports include tea and coffee, apparel and textile.