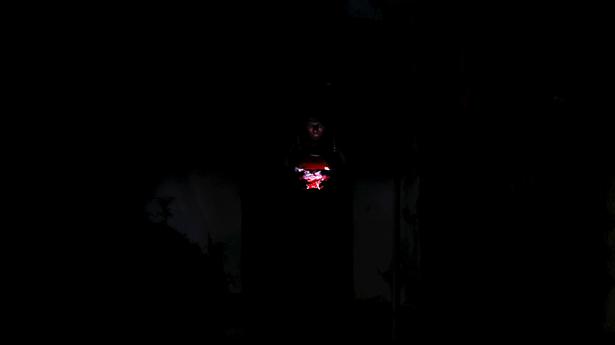 The Sri Lankan economy has been facing a crisis owing to a serious balance of payments (BoP) problem. Its foreign exchange reserves are depleting rapidly. It is becoming increasingly difficult to import essential consumption goods. The country is unable to repay past debts. This article is an effort to locate the proximate causes of the current crisis and document the roles of different groups and organisations in its making.

One can, of course, trace the roots of the crisis to colonialism and Sri Lanka’s post-war developmental pathway but let us stick to the last decade for our purposes. Even in the 21st century, Sri Lanka’s economic fortunes continued to be tied to the export of primary commodities such as tea and rubber, and garments. It mobilised foreign exchange reserves through primary commodity exports, tourism and remittances, and used it to import essential consumption items including food.

When Sri Lanka emerged from a 26-year long war in 2009, it was expected that economic growth would revive. Possibly because of pent-up demand, Sri Lanka’s post-war GDP growth was reasonably high at 8-9% per annum between 2009 and 2012. However, the economy was on a downward spiral after 2013 as global commodity prices fell, exports slowed down and imports rose. The average GDP growth rate almost halved after 2013. A counter-cyclical fiscal policy was ruled out, as the hands of the then Mahinda Rajapaksa government were tied by a $2.6 billion loan obtained from the International Monetary Fund (IMF) in 2009. During the period of the war, budget deficits were high. Further, the capital flight that accompanied the global financial crisis of 2008 drained Sri Lanka’s foreign exchange reserves. The IMF loan in 2009 was obtained in this context, with the conditionality that budget deficits would be reduced to 5% of the GDP by 2011.

With no pick-up in growth or exports, and the continuing drain of foreign exchange reserves, the new United National Party (UNP)-led coalition government approached the IMF in 2016 for another US$1.5 billion loan for a three-year period between 2016 and 2019. The IMF’s conditionality was that the fiscal deficit must be reduced to 3.5% by 2020. Other conditionalities included a reform of the tax policy and tax administration; control of expenditures; commercialisation of public enterprises; flexibility in exchange rates; improvement of competitiveness; and a free environment for foreign investment.

In 2019, there were two further shocks to the economy. First, the Easter bomb blasts of April 2019 in churches in Colombo led to the death of 253 people. Consequently, the number of tourists fell sharply leading to a decline in foreign exchange reserves. The blasts dealt a severe blow to the prospects of economic recovery.

Secondly, the UNP-led government was replaced in November 2019 by a new government led by the Sri Lanka Podujana Peramuna (SLPP), headed by Gotabaya Rajapaksa. The SLPP had promised lower tax rates and wide-ranging sops for farmers during their campaign. On the surface, these promises appeared divergent from the IMF package. However, in the absence of a concrete policy alternative to the IMF’s neoliberal package, these promises were hollow.

Gotabaya Rajapaksa was quick to implement the ill-advised plan to slash taxes. In December 2019, the value added tax (VAT) rates were reduced from 15% to 8%. The annual threshold for VAT registration was raised from LKR 12 million to LKR 300 million. The annual income threshold for waiver of personal income tax was raised from LKR 500,000 to LKR 3,000,000. The nation building tax, the PAYE tax and the economic service charges were abolished.

The COVID-19 pandemic in 2020 made the bad situation worse. Exports of tea, rubber, spices and garments suffered. Tourism arrivals and revenues fell further. The pandemic also necessitated a rise in government expenditures: the fiscal deficit exceeded 10% in 2020 and 2021, and the ratio of public debt to GDP rose from 94% in 2019 to 119% in 2021.

Sri Lanka annually spent about $260 million (or about 0.3% of its GDP) on fertiliser subsidies. Most of the fertilisers are imported. To prevent the drain of foreign exchange reserves, the Gotabaya government came up with a novel, but thoroughly bizarre, solution in 2021. All fertiliser imports were completely banned from May 2021, and it was declared that Sri Lanka would overnight become a 100% organic farming nation. This policy, which was withdrawn in November 2021 after protests by farmers, literally pushed Sri Lanka to the brink of a disaster. Agricultural scientists were unanimous in warning the Gotabaya government of the potential losses from the organic farming policy. They wrote to the government that yields may drop by 25% in paddy, 35% in tea and 30% in coconut if chemical fertilisers were banned.

The scientists were proven right. In February 2022, the IMF assessed that there was a “worse-than-anticipated impact of the chemical fertiliser ban on agricultural production”, which was likely to drag down the prospects of economic recovery. As agricultural production fell, more imports of food became necessary. But increasing imports was difficult in the face of foreign exchange shortages. Thus, inflation rose to 17.5% in February 2022. Also, a fall in the productivity of tea and rubber led to lower export incomes. And thus, the organic farming policy, which aimed to soften the pressure on reserves, ended up straining them even further.

The current Sri Lankan economic crisis, then, is the product of the historical imbalances in the economic structure, the IMF’s loan-related conditionalities, misguided policies of authoritarian rulers and the official embrace of pseudo-science. The future looks bleak too. The government might approach the IMF once again for a new loan with fresh conditionalities. With the global outlook appearing dim, a renewed push to such a deflationary policy would not just limit the prospects of economic revival, but also exacerbate the sufferings of the Sri Lankan people.