More
HomeNewsExplained: What is moonlighting? Is it ethical to do more than one...
News

Explained: What is moonlighting? Is it ethical to do more than one job in India? 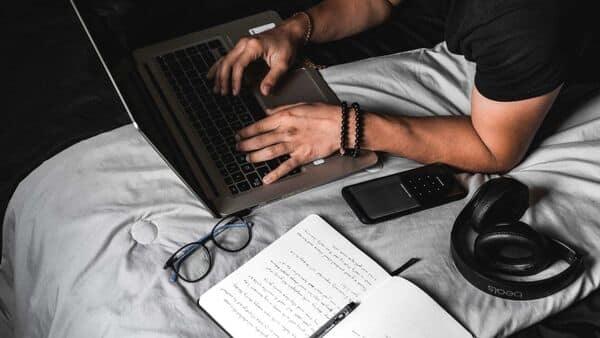 In the June quarter, the net hiring for the top three IT firms, Wipro, Infosys and Tata Consultancy Services (TCS), exceeded 50,000. Despite concerns of an impending global recession, there hasn’t been a significant moderating of recruiting targets for the entire fiscal year, according to the industry.

While the hiring boom has encouraged tech workers, concern lines have started to form among IT employers regarding previously unheard-of turnover rates, growing labour expenses, and problems like moonlighting.

“Doing two remote jobs at once was already happening; it was the biggest open secret out there in tech,” a US techie was quoted by The Guardian as saying.

After major IT companies like Infosys, TCS, and Wipro said they would delay, postpone or reduce the variable payout to employees for the first quarter of the fiscal year 2023 due to weaker margins, moonlighting garnered attention.

The practice of working for one organisation while also taking up extra responsibilities and jobs, typically without the employer’s knowledge, is referred to as moonlighting. It is called so the side employment is typically performed at night or on the weekends. The phrase became well-known when Americans began looking for second jobs in addition to their regular 9-to-5 jobs to supplement their income.

The IT sector is divided when it comes to moonlighting. Some call it unethical while others believe it is the need of the hour. Wipro Chairman Rishad Premji is absolutely clear about his take on this. “There is a lot of chatter about people moonlighting in the tech industry. This is cheating – plain and simple,” he earlier tweeted.

Mohandas Pai, however, disagrees with Premji on the issue. The former director of Infosys does not consider moonlighting “cheating”.“Employment is a contract between an employer who pays me for working for them for ‘n’ number of hours a day. Now what I do after that time is my freedom, I can do what I want,” Business Today quoted him as saying.

CP Gurnani, the MD of Tech Mahindra, stated it was “not rampant”. Gurnani added that his organisation would probably “make a policy” to allow workers to openly pursue multiple jobs at once. “If you want to do it, sure. But be open about it and share with us,” Gurnani said at an event.

N Ganapathy Subramaniam, the CEO of TCS, also described it as an “ethical issue”. You lose out in the long run when decisions like this are made for short-term gains, he said.

Swiggy earlier announced an “industry first” policy that allowed moonlighting for its employees. “Any project or activity that is taken up outside office hours or on the weekend, without affecting productivity, and does not have a conflict of interest, can be picked up by the employees,” Swiggy said.

Is moonlighting legal in India?

Overemployment is technically permissible in the US and the UK from a tax perspective. A second employment in the UK could alter a worker’s tax status, but it wouldn’t be expressly noted as such to the payroll department of the first employer and would probably go unreported in larger organisations. The US tax system is simpler since it is built on the idea of self-assessment and voluntary reporting.

A person may work more than one job in India without breaking the law. However, a person with a similar set of jobs could give rise to concerns about a violation of confidentiality because many employers include such restrictions in their employment agreements in addition to prohibitions against holding down multiple jobs.

Under the Factories Act, double employment is prohibited. However, in some states, IT companies are exempt from that rule. Before looking for side jobs or starting a business, it is crucial for employees to carefully check their employment contract with their principal job to ensure compliance with any moonlighting policies.