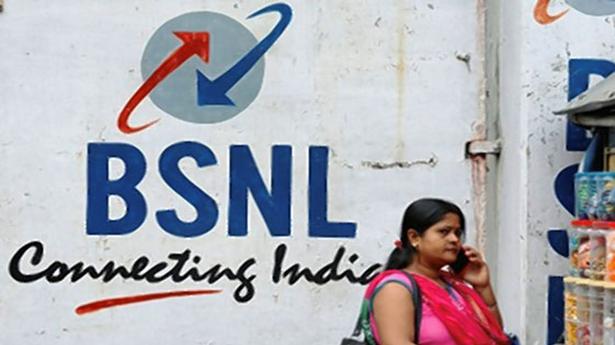 Telecom Minister Ashwini Vaishnaw had informed Lok Sabha earlier in March that BSNL was making operating profits and was a stable entity. Separately, it was informed that there was no proposal to disinvest MTNL or BSNL.

Telecom Minister Ashwini Vaishnaw had informed Lok Sabha earlier in March that BSNL was making operating profits and was a stable entity. Separately, it was informed that there was no proposal to disinvest MTNL or BSNL.

The story so far: Telecom Minister Ashwini Vaishnaw, during the recently-concluded Budget session of the Parliament, had said the state-owned telecom operator, BSNL, was now a stable entity and making operating profits. Further, the Telecom Minister informed the House that the telecom services provider would soon be able to roll out its home-grown radio and core 4G network.

Operating profit refers to the revenue remaining with a business after subtracting its variable and fixed operating costs. In contrast to net profit, it accounts for debt, one-time costs, and taxes.

In 2019, the Union Cabinet had approved a proposal to revive BSNL and MTNL which included measures such as a merger of the two entities, reducing employee-related costs, restructuring debt by raising bonds through sovereign guarantees, monetisation of assets, and administrative allotment of spectrum for providing 4G services throughout India.

Earlier this month, Minister of State for Communications Devusinh Chauhan had informed the Rajya Sabha that the merger of the state-owned telecom operators had been deferred owing to financial reasons including high debt of MTNL. Additionally, he said there was no proposal for disinvesting the two public sector undertakings (PSUs).

Specifics of the 2019 package

Merger: Former Minister of State for Communications Sanjay Dhotre had said in Lok Sabha in 2020 that a merger would help the entities acquire a pan-India footprint, create synergy in operations, reduce fixed costs and overheads, enable conditions for sharing of technical infrastructure, and enhanced enterprise business.

“Since MTNL is operating in metros of Delhi and Mumbai and BSNL operates in rest of India, merger will help in Pan-India footprint and synergy in operations,” the then Minister of Communications Ravi Shankar Prasad had said in the Rajya Sabha earlier.

The merger was expected to be completed in 18-24 months.

Allotting spectrum: The move was aimed at enabling the PSUs to provide high-speed broadband and other data services throughout the country, become competitive, and spur their average revenue per user (ARPU). The spectrum was funded by the Central government with a capital infusion of Rs 20,140 crore. In addition, the ensuing GST of Rs 3,674 crore related to the spectrum was also borne by the Centre.

U.S.-based CTIA explains that spectrums are the invisible radio frequencies on which wireless signals travel, facilitating phone calls and Internet usage. Depending on their capacity and ability to travel distances, they are categorised under ‘bands’.

Number of Base Transceiver Stations (BTSs) of BSNL and other operators. BTSs send and receive radio signals from mobile devices and convert them into digital signals and route them to other terminals in the network or Internet. Source for the table: Reply tabled by MoS Communications Devusinh Chauhan in the Rajya Sabha, dated February 11, 2022

Employee cost reduction: The 2019 package offered voluntary retirement to all employees of the telecom operators aged 50 years and above through the Voluntary Retirement Scheme (VRS). As per the government’s release from the Press Information Bureau (PIB), the ex-gratia component of the scheme required an additional Rs 17,169 crore. It was informed that the Centre would bear the expenses pertaining to pension, gratuity and commutation.

Separately, as per the Ministry’s statement a year after the implementation of the revival package in January 2021, there was a sharp reduction in the wage bill owing to VRS, with nearly 50% of BSNL and 75% of MTNL staff reduced.

The Dept of Investment and Public Asset Management (DIPAM) facilitating the entire asset monetisation process explains that many public sector assets are sub-optimally utilised and could be appropriately monetised for greater financial leverage and value for the companies and of the government’s equity invested in them. It states the objective is to, “… create hitherto unexplored sources of income for the company and its shareholders, and contribute to a more accurate estimation of public assets which would help in better financial management of government/public resources over time.”

Current Minister of State for Communications Devusinh Chauhan informed the Upper House earlier this month that DIPAM had approved monetisation of six land and building assets of MTNL, with a tentative value of Rs 5,158 crore in Phase 1. He added that International Property Consultants (IPCs) have been appointed for the same. Of the six properties, two had been taken for e-auction at a reserved price of Rs 290 crores.

Restructuring debt: The proposal said the two PSUs would raise long-term bonds of Rs 15,000 crore for which the Centre would provide sovereign guarantee. Using the same, the two entities would restructure their existing debt and also partly meet their capital expenditure, operational expenditure and other requirements.

“BSNL and MTNL have very successfully raised money from the bond route. In the recent bond-offer of MTNL, the issue was subscribed more than 3 times and for BSNL more than 2 times,” the Communications Ministry stated in January 2021.

Where are we now?

The Dept of Telecommunications (DoT) had classified BSNL as ‘incipient sick’ in September 2017. It was incurring losses since 2009-10. The Centre informed in January 2021 that both entities had turned positive EBITDA (earnings before interest, taxes, depreciation and amortisation) in the first six months of that financial year. BSNL’s EBITDA rose to positive Rs 602 crore in the mentioned period from negative Rs 3,596 crore for half year ending September 2019. MTNL’s EBITDA rose to positive Rs 276 crore for the mentioned period compared to negative Rs 549 crore in the comparative period.

Total revenue and expenditure of BSNL and MTNL since 2017. MoS Communications Devusinh Chauhan’s reply in the Rajya Sabha on April 1, 2022

Share
Facebook
Twitter
Pinterest
WhatsApp
Linkedin
ReddIt
Email
Telegram
Viber
Previous articleIndia concerned about risks to global recovery due to rising uncertainty: FM
Next articleIf US wants friend in India it should understand that the friend should not be weakened: FM Sitharaman on stance on Russia
MORE TRENDING ARTICLES
More
Sports