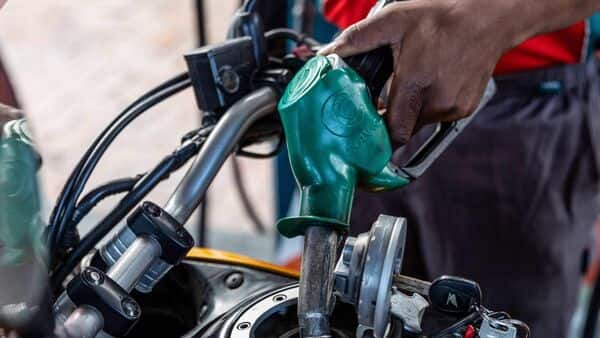 India’s excise duty cut on fuel products is expected to put pressure on the country’s fiscal deficit which is pegged at 6.4% of GDP for the current financial year FY23. These tax deductions will lead to a revenue loss of ₹1 lakh crore for the government.

Last week, on Saturday, to give consumers relief from the high fuel prices and multi-year inflation, the government trimmed excise duty on petrol by a record ₹8 per litre and that on diesel by ₹6 per litre.

ICRA in its research note said the revenue loss to the Centre in the rest of FY2023 from the recently announced excise duty cut is estimated at ₹860 billion. While this, along with the lower-than-budgeted transfer of the RBI’s surplus and the need for additional spending on food and fertilizer subsidies, will impart upside risks to the fiscal deficit, a large part of this would be offset by higher taxes on account of a low growth embedded in the FY2023 BE for taxes and the low nominal GDP growth assumption.

“Our calculations suggest that the direct impact of the reduction in central excise duty on MS and HSD on the June 2022 CPI inflation print would be ~18-20 bps. The number of states that cut VAT rates will affect the eventual first and second-round impact on the CPI inflation,” ICRA’s note added.

Further, Acuité Ratings and Research Chief Analytical Officer Suman Chowdhury said the excise duty cut and rate revision on import and export of certain commodities including steel products will have adverse implications on the fiscal position for FY’23 which may deteriorate over the budgeted 6.4 per cent, leading to higher borrowings, reported by PTI.

Chowdhury stated that it could also lead to slower growth in exports as commodities such as iron ore and pellets contributed to stronger export growth in the last two fiscals.

Meanwhile, a BofA Global Research report, pointed out that the government’s recent duty measures are expected to exert pressure on the fiscal deficit.

As per BofA, incremental news articles raise the sizable risk to our estimated divestment proceeds, and the recently approved ₹300 billion dividend by the RBI to the government also falls short of budgeted numbers. All in, we now see a 40-50bp fiscal slippage risk in FY23.

Finance Minister Nirmala Sitharaman in her budget speech on February 1, announced the fiscal deficit target of 6.4% of GDP for the financial year 2022-23. This is consistent with the broad path of fiscal consolidation that FM announced last year to reach a fiscal deficit level below 4.5% by 2025-26.