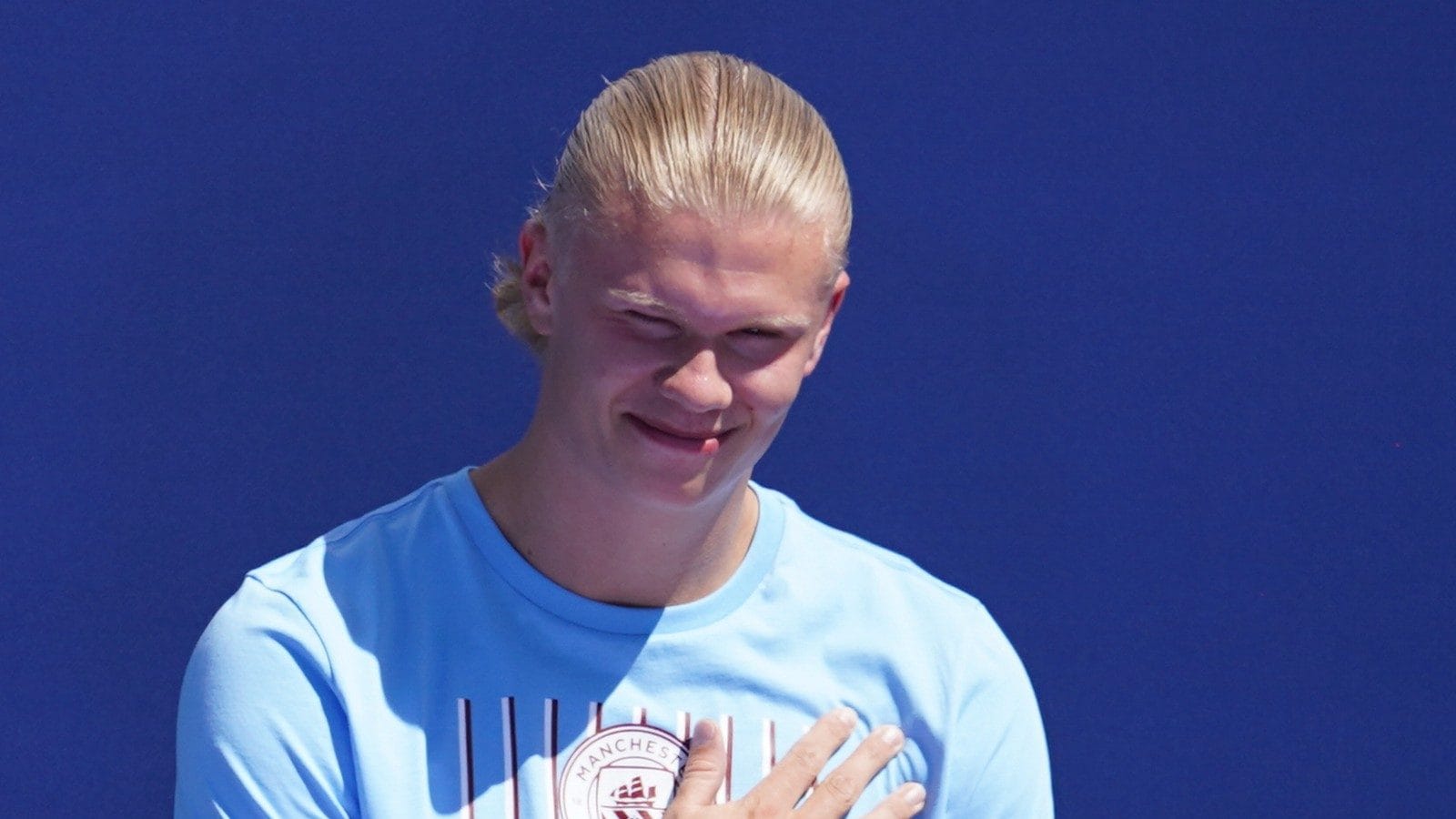 
Erling Haaland has warned the contenders to Manchester City’s title that he will only improve in the competitive environment of English football as the Norwegian prepares for his Premier League debut away to West Ham on Sunday.

Haaland is the marquee arrival to the Premier League from over £1 billion ($1.2 billion) spent by the 20 top-flight English clubs so far this summer.

The 22-year-old had his pick of top clubs after scoring 86 goals in 89 games for Borussia Dortmund, but said the demands of playing under Pep Guardiola was behind his reason for choosing City.

“As a young player, playing for Pep Guardiola, playing for the best club in England, I have to keep developing and get better at a lot of things,” Haaland told Sky Sports.

The English champions are already Haaland’s fifth club after spells at Bryne, Molde and Red Bull Salzburg before joining Dortmund.

“Part of the game is to get out of your comfort zone which is something I’ve been doing and something I like because then you develop more as a human being as well,” he added.

“I’m a player that’s hungry for goals, that gives 100 per cent, that wants to win every single game. They are simple things but also really important things.”

After the hype around his arrival, Haaland had a debut to forget, missing a glorious chance towards the end of City’s 3-1 defeat to Liverpool in the Community Shield on Saturday.