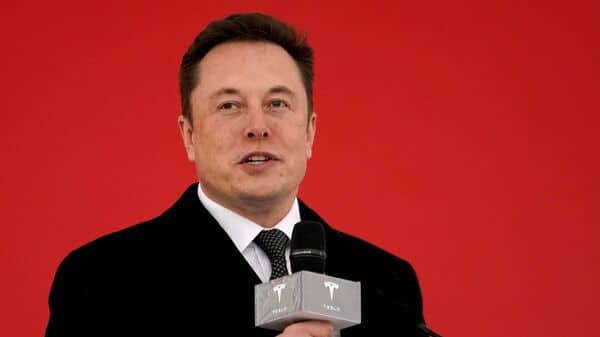 
After unveiling last week a roughly 9% stake in Twitter, Mr. Musk was offered a seat on the board, which he declined on Saturday.

A series of tweets over the weekend by Mr. Musk, taken together, targeted the core of Twitter’s business, seemingly suggesting the company shut down its headquarters and cut staff while shifting from an ad-based business to one that depends more upon subscriptions to survive.

“The power of corporations to dictate policy is greatly enhanced if Twitter depends on advertising money to survive,” Mr. Musk said in a tweet that was later deleted.

On Monday, Mr. Musk indicated in a regulatory filing that he still might engage with Twitter on a range of issues “without limitation.” The company’s product and services, potential mergers and governance issues, were among the issues Mr. Musk might discuss with Twitter’s board and management, he said in the filing. The Tesla Inc. chief executive can express his views about Twitter on social media or speak directly with executives and board members, the filing states.

As a board member, Mr. Musk would have been limited to holding less than 14.9% of Twitter’s shares, but his reversal raises at least the possibility that he could attempt a hostile takeover.

Mr. Musk, who has expressed concern that Twitter’s content-moderation practices inhibit free speech, deleted some of the weekend tweets on Monday. The executive also “liked” a tweet Monday that said, “Let me break this down for you: Elon became largest shareholder for Free Speech. Elon was told to play nice and not speak freely.”

Twitter employees who spoke with The Wall Street Journal said the situation with Mr. Musk has created anxiety and uncertainty for some among the company’s workforce. Some employees are concerned about how Mr. Musk’s influence could change the direction of the company.

Many of the employees at Twitter now were there when Elliott Management Corp. attempted to oust former CEO Jack Dorsey in 2020. With Elliott, however, there was a general playbook for the investment firm, said a former Twitter executive. With Mr. Musk, there is no playbook, the executive said.

Last week, the company said that it was planning to host a Q&A session for employees with Mr. Musk this week. That session has now been scrapped, a Twitter spokesman said on Monday.

Analysts pondered what Mr. Musk’s move not to join the board means for his role with Twitter. It will allow him more freedom to accumulate shares as well as criticize Twitter on Twitter.

Monday’s filing by Mr. Musk states he doesn’t currently have any plans or intentions to change his holdings in the company, but it notes that he “reserves the right to change his plans at any time, as he deems appropriate, and in light of his ongoing evaluation of numerous factors.”

“This now goes from a Cinderella story with Musk joining the Twitter board and keeping his stake under 14.9% helping move Twitter strategically forward to likely a ‘Game of Thrones’ battle between Musk and Twitter,” Dan Ives, a managing director with Wedbush Securities, wrote in a note. Mr. Ives said there is a likelihood Mr. Musk takes “a more hostile stance towards Twitter and further builds his active stake in the company.”

Mr. Musk has long demonstrated a defiance of customary business norms and has shown a willingness to publicly fight for his own self-interests and views. He has sparred with lawmakers, regulators and rivals—often using Twitter as his most potent weapon. Some of his most searing fights were boardroom brawls years ago for the control of companies he was involved with personally.

In the late 2000s, as chairman of then-Tesla Motors Inc., he used his power as the company’s biggest investor to boot the startup’s founding CEO Martin Eberhard as the company struggled to put into production its first vehicle, the Roadster sports car. Mr. Musk eventually took the reins as CEO in late 2008 as the auto maker neared financial collapse during the 2007-09 recession.

He deployed his panache for generating media attention, and eventually Twitter, to stoke investor enthusiasm for financial support to keep struggling Tesla alive and growing. As part of that effort, he raised billions of dollars that ultimately turned Tesla into the world’s most valuable auto maker and built a brand that has largely used the power of free social media to eschew traditional paid advertising.

As his wealth has grown and power solidified, Mr. Musk has faced little resistance from his own board at Tesla, where his longtime business partners and brother are members. They have continued to support him even as Mr. Musk has taken steps that would have likely tanked the careers of CEOs at other publicly traded companies.

Most notoriously, his 2018 tweets about taking Tesla private led the U.S. Securities and Exchange Commission to accuse him of fraud—a claim he ended by settling with the government in a deal that included his giving up his Tesla chairmanship.

Over a whirlwind week, Mr. Musk’s 9.2% stake in Twitter was made public last Monday, and plans for him to join the board were announced Tuesday. Twitter Chief Executive Parag Agarwal announced that Mr. Musk wouldn’t be joining the board late Sunday night.

Mr. Musk is known for his unpredictable behavior as well as his business acumen. This could present a problem for the company, particularly if Mr. Musk starts accumulating more shares, Ali Mogharabi, senior equity analyst at Morningstar, said in a note.

“Musk may be considering that as a 15%-plus shareholder, he could have much more leverage,” he said. “Further, with more than 81 million followers on the platform, Musk could more effectively campaign for changes to the platform without limitations.”

What Mr. Musk plans to do with his large stake in Twitter, and the platform it gives him to reach its users, could emerge as one of the biggest challenges to Twitter CEO Mr. Agrawal, who had asked Mr. Musk to join its board but now has to try to react to his influence from the outside.

“There will be distractions ahead, but our goals and priorities remain unchanged,” Mr. Agrawal wrote in a note he tweeted Sunday. “The decisions we make and how we execute is in our hands, no one else’s. Let’s tune out the noise, and stay focused on the work and what we’re building.”