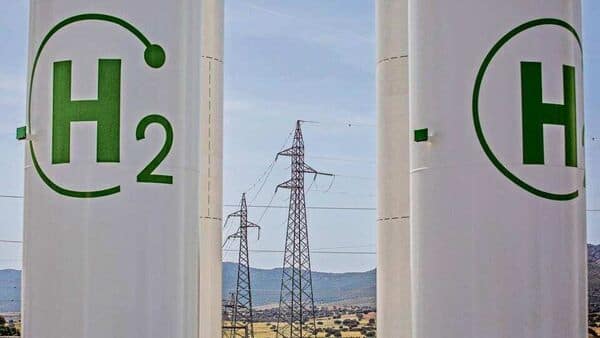 NEW DELHI : Ohmium India, an arm of US-based renewable energy startup Ohmium International plans, aims to increase its production capacity fourfold to 2GW a year by December. The India unit, which runs the company’s only facility manufacturing electrolyzers, is also exporting to the US and aims to ship electrolyzers to Europe soon.

The company has a 500MW capacity facility in Karnataka and is ramping up the factory there.

Ohmium International is open to collaborating with other companies in India to expand its presence, chairman Ahmad Chatila said in an interview.

“We have a factory that is 500 megawatts now that will be around two gigawatts by the end of December,” Chatila said. The company would be able to increase its production capacity fourfold as most of the components and technology are in-house, he said.

“We partner with other Indian factories for certain components, and we integrate all that in our factory. So we use factories mainly in Pune and in Chennai. Our factory is in Bangalore, where we integrate the final product,” Chatila said.

Ohmium’s massive expansion plans come at a time the government is focusing on green hydrogen, and even as a production-linked incentive scheme for electrolyzers, a major component for the production of green hydrogen, is in the works.

“It helps a lot to take advantage of that (incentives). Hydrogen and energy overall is fundamental for India’s economy in the long run. So we have to control as much as possible all the elements of such production. We do not want to be reliant on other countries in that regard. The government today is doing a lot of work,” Chatila said.

Lessons should be learnt from the delay in policy support to the energy industry in terms of solar power, Chatila said. Proactive support should be given for green hydrogen, he said.

Green hydrogen is the talk of the town and is expected to be a major source of clean energy. However, it is costly, and this is considered an obstacle to its mass adoption. Experts have suggested that the production of electrolyzers be increased as one of the steps towards lowering the cost of green hydrogen. Low electricity costs would also play a key role in lowering the prices, along with lower equipment costs, Chatila said.

Efforts must be made to produce around 70-80% of the components within the country, Chatila said. The Ohmium chairman expressed confidence in the government’s clean energy and green hydrogen policies. However, he said that the government should also set targets for the industry.

In February, the Union ministry of new and renewable energy released the National Green Hydrogen Policy. A comprehensive green hydrogen mission is in the works and is expected to lay down guidelines for compulsory green hydrogen purchase obligations for oil refineries, fertilizer companies, and steel producers.