More
HomeNewsEdible oil price to reduce by ₹10-12 after makers decided to...
News 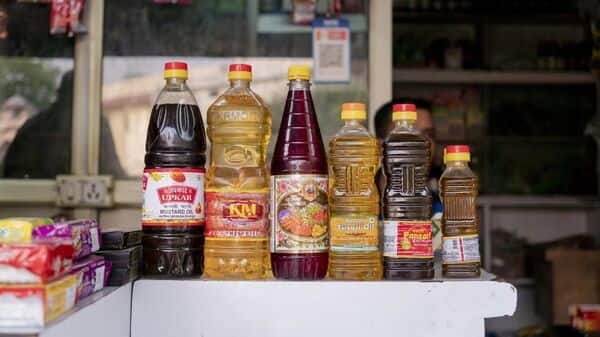 In what may come as a relief for the common man,the price of edible oils may see a further reduction in the coming days. The development took place after the edible oil processors and manufacturers agreed to cut prices by ₹10-12 to pass on the benefits of a decline in global prices to consumers, according to a report.

“Cooking oil manufacturers have agreed to further slash edible oil prices by ₹10-12 in view of softening global prices. We had a good meeting with them where we made a detailed presentation with data,” said one of the officials, asking not to be named as reported by Hindustan Times.

India is a major importer of edible oils as it imports nearly two-thirds of its edible oil which saw a huge price rise in recent months owing to Russia-Ukraine war and the ban imposed by Indonesia on the export of palm oil to other countries.

However, in a recent development, Indonesia has removed its ban on palm oil export helping in cooling off the edible oil prices in the international market and thegovernment is of the view that there is further scope of reduction in edible oil prices.

The Centre also advised that the price to distributors by the manufacturers and refiners also needs to be reduced immediately so that the price drop is not diluted in any way. It was also impressed upon that whenever a reduction in price to distributors is made by the manufacturers/refiners, the benefit should be passed on to the consumers by the industry and the Department may be kept informed on regular basis. Some companies which have not reduced their prices and their MRP is higher than other brands have also been advised to reduce their prices.

During the meeting it was discussed that the international prices of imported edible oils are on a downward trend which is a very positive picture in the edible oil scenario and, therefore, the domestic edible oil industry needs to ensure that the prices in the domestic market also drop commensurately. And, this price drop has to be passed on expeditiously to consumers without in a laggard fashion. Other issues like price data collection, Control Order on edible oils and packaging of edible oils were also discussed in this meeting.

The edible oil prices in the international market are witnessing a dramatic fall, however, the situation in the domestic market is slightly different as the fall in the prices are gradual. The Government of India stepped in and a meeting was convened by the Department of Food and Public Distribution with the leading industry representatives including SEAI, IVPA and SOPA to discuss reduction in the retail prices of cooking oils amid a fall in the global prices. The industry informed that the global prices of different edible oils have fallen by USD 300-450 per tones in the last one month, but it takes time to reflect in the retail markets and the retail prices are expected to come down in the coming days.

It may be recalled that in May 2022, the Department had convened a meeting with the leading edible oil associations and according to sources, the MRP of Fortune Refined Sunflower Oil 1 litre pack had been decreased to Rs. 210 from Rs. 220 and MRP of Soyabean (Fortune) and Kachi Ghani oil 1 litre pack from Rs. 205 to Rs. 195. The reduction in oil prices came in the wake of Central Government reducing the import duty on edible oils making them cheaper. The industry was advised to ensure that the complete benefit of the reduced duty is passed on to the consumers invariably.