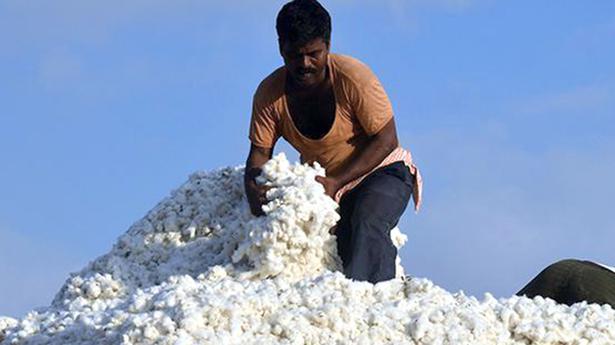 The Centre is unlikely to continue the import duty exemption for cotton beyond September 30 as the prices of cotton textiles have started easing, Union Minister for Commerce and Industry and Textiles Piyush Goyal said on Saturday.

However, if there was a need, the government could consider extending the exemption by a month, Mr. Goyal told reporters. In April, the Union government had suspended the 10% import duty on cotton till September 30.

The government was also formulating a scheme to promote indigenous manufacturing of textile machinery, he said.

Textile and clothing exports grew 40% in 2021-2022 to $40 billion. It is expected to cross $50 billion this year, he said, adding the industry and the government were working to help the industry to reach a size of $250 billion, with $100 billion of exports, in another five years.

The minister said talks were on between the Industry and Textiles ministries and Niti Aayog to come out with another Production Linked Incentive Scheme for the textile sector.

On the National Textile Corporation (NTC) mills, he said, “We are examining whether NTC can be run professionally and profitably. But, so far, NTC performance has not been profitable, has not been efficient.” The assets of NTC could be put to use by joint effort of government and the private sector, he added.