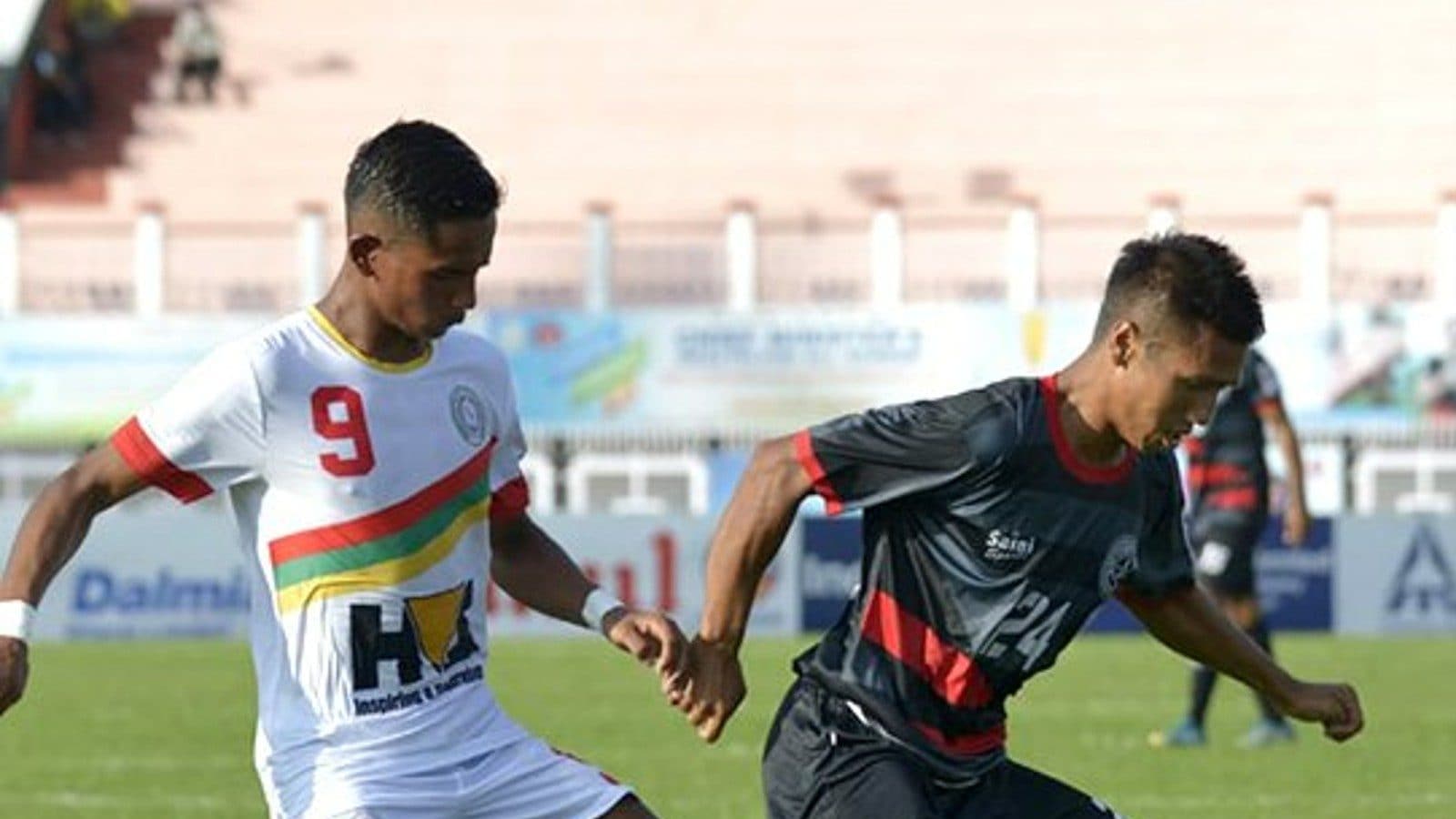 
Tiddim Road Athletic Union (TRAU) FC notched up their first win of the season in Durand Cup, with a thrilling 2-1 victory over Army Red Football Team (ARFT) in a Group C clash at the Khuman Lampak stadium on Sunday.

The Army Team looked the better one in the first half and went into the break with a 1-0 lead, courtesy of a Liton Shil strike, but goals from Boirangdao Bodo and L. Milan in the final nine minutes of regulation time completed a fine comeback performance by TRAU in the second half.

The result makes it tougher for both teams, however, to make it through to the knockouts. The Army Red team looked the better side in the first half, creating better and more chances at goal.

The first good chance came to TRAU when Khanngam got the ball at the edge of the 6-yard box but his lack of proper control saw him miss a brilliant opportunity to take the lead.

In the 20th minute, it was the Reds’ chance to miss going ahead as Deepak Singh, who had a great game on the right flank, delivered a quality cross but Shubham Rana’s header was just off target. Four minutes later, Khongsai missed from close as the Reds pressed on.

They finally broke through in the 35th minute of the game, thanks to some fantastic individual enterprise shown by their lone striker Liton Shil.

He was played on about 30 yards out from goal by Deepak from the right flank. Thereafter he beat his marker for pace, to burst inside the box and take a first-time right-footer on the run. Jedidi Haokip in the TRAU goal brought off a save, but Liton was at hand again to pounce on the rebound and slot it into the back of the goal. It was his second of the tournament.

Army Red finished the half with the lead as well as the larger share of possession. In the second half, TRAU continued to attack with pace but were lacking in creativity in the final third. The Army Red team seemed to be wanting to defend the one-goal advantage and were not creating as much as they were in the first. TRAU’s tireless running, however, finally got them the purchase they were looking for as late as the 81st minute of the game.

Kamardeep’s attempted clearance from deep inside the Reds defence struck a TRAU attacker and rebounded inside the box kindly for the forever trying Boirangdao Bodo. The home-side forward drove inside with a good first touch and powered a shot in between the legs of Army keeper Bhabindra Thakuri, who had not much to do till then in the game.

The lead came the home side’s way in the 89th minute when a cross by Roshan Singh from the right flank saw a very casual and perhaps tired clearance from the Reds defence. It only found a waiting L. Milan who was brought in just six minutes ago and he made no mistake to find the back of the net.

There was not much time for the Reds to come back and the local crowd was ecstatic with their favourite side’s first win of the tournament.

Navratri Fast 2022: Add These 5 Energy-boosting Foods to Your Fasting Menu

Navratri Fast 2022: Add These 5 Energy-boosting Foods to Your Fasting Menu