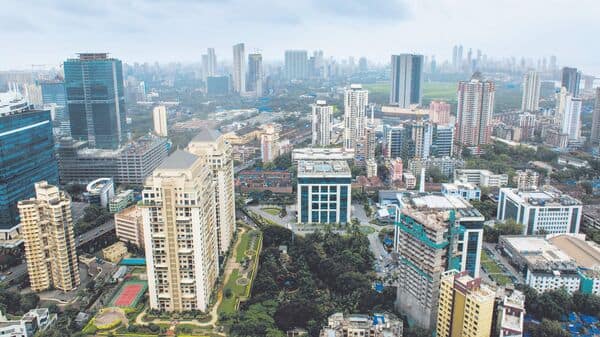 After a period of stagnation, the domestic housing market is expected to expand over the next five years. Thanks to sectoral reforms like RERA and GST, which have increased predictability, housing finance companies are well positioned to take advantage of this potential, according to PNB Housing Finance’s annual report for 2021–22.

“After a lapse of several years, the residential real estate market is expected to grow for the next five years. HFCs will be able to tap the opportunity. Consumers today are more convinced about their investments and we are confident that the housing sector offers great potential,” Prasad said.

According to Hardayal Prasad, Managing Director and CEO of PNB Housing Finance, India has shown fortitude and rebounded rapidly from the problems brought on by the epidemic, becoming one of the world’s economies with the fastest growth rates.

Transparency has been introduced to the housing market as a result of reforms over the past several years, notably the rollout of the Real Estate Regulatory Authority (RERA) and the Goods and Services Tax (GST). India is also well-positioned to become a manufacturing hotspot thanks to recent government regulations and targeted programmes like the Production Linked Incentive Scheme (PLI).

“This, in turn, will have a trickle-down impact across all the sectors and help the country emerge as a USD 5-trillion economy… As we look ahead, we feel that the Indian economy is in much better shape to tackle external shocks,” Prasad said. Speaking about the company’s financial performance in FY22, he said that PNB Housing Finance adhered to its retail first policy by allocating 97% of all of its disbursements to the retail sector.

“Within the retail segment, we continue to build our affordable housing portfolio. We opened 24 locations to cater to Unnati loans. With our strong distribution network, underwriting capabilities and customer service, Unnati loans are expected to play a significant role in driving our growth,” Prasad further added. Unnati is the company’s specialised division for financing for affordable homes.

“As per our stated policy, we reduced our corporate loan book by 39 per cent during the year through sell-down and accelerated re-payments. We closed FY22 with an Asset Under Management (AUM) of ₹65,977 crore, with the retail segment accounting for 89 per cent of AUM,” the official stated.

PNB Housing Finance provided loans of ₹11,246 crore in FY22, an increase of 8% annually. The home financing company stated that it will continue to expand its inventory of affordable housing, and it built up to 24 sites this year to support Unnati financing. The company cited a Crisil research while stating that the demand for real estate is anticipated to expand slightly from FY23 to FY24, at a rate of between 5 and 10%.

“Considering the anticipated improvements in the macroeconomic situation, a large number of people are expected to enter the home purchase market. Crisil further expects the portfolio of NBFCs/HFCs to grow by 13-15 per cent on account of improved affordability and pent-up demand. Affordable housing is expected to grow by 15-17 per cent in FY23,” the company said citing CRISIL.

According to Prasad, the strategic initiatives chosen for the previous fiscal year have formed the cornerstone for the company’s future success.

“We have continued to sharpen our focus on business growth and collections while accelerating digital interventions to build efficiencies. We have made steadfast progress in this direction, making the organisation future-ready. While we advance in our growth journey, compliance and corporate governance remain important areas for us. We have a robust governance framework in place, helping us maintain high compliance standards,” Prasad further added.

Regarding the company’s objectives for capital raising, he stated that the board has approved a capital increase through a rights issue of up to ₹2,500 crore, subject to the appropriate clearances. PNB Housing Finance, a subsidiary of the city-based state-owned Punjab National Bank (PNB), was forced to abandon a proposal to raise ₹4,000 crore in equity from a number of investors in FY22 due to regulatory impediments, including current investor Carlyle group.