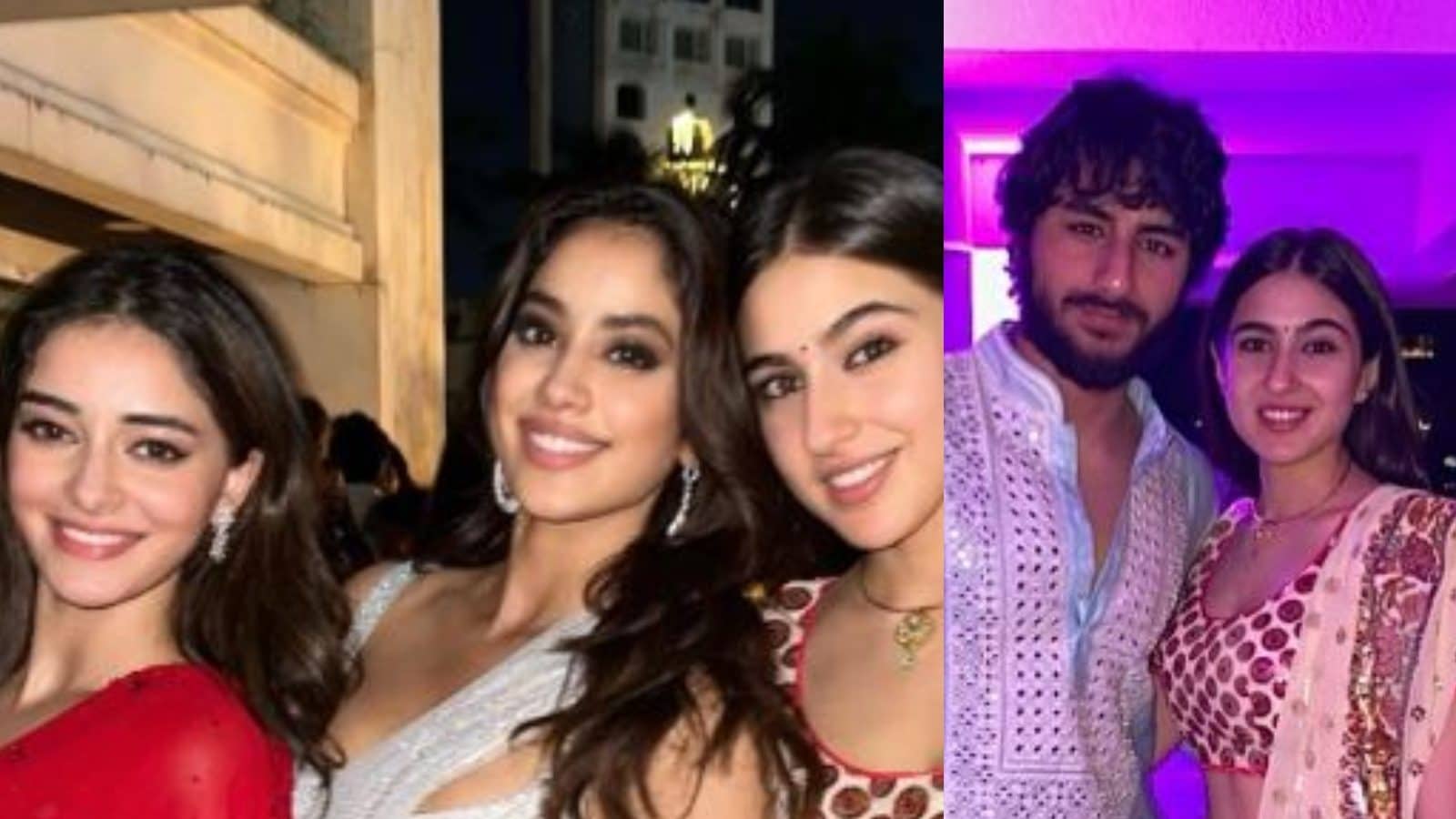 
Our social media timelines are filled with photos of Bollywood celebrities attending Diwali parties throughout the week. The gorgeous actors can be seen dressed in ethnicity as they celebrated the festival of lights with their close friends and industry colleagues. On Monday, Sara Ali Khan shared a glimpse of her Diwali celebrations and dropped a couple of gorgeous with her industry friends Janhvi Kapoor and Ananya Panday. The photos seem to be taken at Amrit Pal Bindra’s pre-Diwali celebrations.

In the first photo, Sara poses with Janhvi, Ananya and Karan Johar while in the second photo, she can be seen with her brother Ibrahim Ali Khan. The latter looks dapper as he sports a beard. The third photo features the Khan siblings with Varun Dhawan and the fourth photo sees the Gen Z actress Sara, Janhvi and Ananya looking gorgeous for the camera. Sharing it, she wrote, “Happy Diwali Love, light and prosperity to all ”

Bollywood celebs have been celebrating Diwali this entire week with some prominent names throwing pre-Diwali bashes. Manish Malhotra, Kriti Sanon, Ramesh Taurani, Anand Pandi, Ekta Kapoor, and Ayushmann Khurrana were among the ones who hosted Diwali parties this year with several A-listers in attendance.

On the work front, Sara Ali Khan was last seen in the 2021 film Atrangi Re alongside Dhanush and Akshay Kumar in lead roles. The Aanand L. Rai directorial revolved around the life of a Tamil boy who ends up getting married to a Bihari girl, played by Sara. The film also featured Akshay Kumar in a pivotal role.

Sara will next be seen in Laxman Utekar’s next alongside Vicky Kaushal. The movie follows a couple who desire to live independently from their family. Sara then has director Aditya Dhar’s The Immortal Ashwatthama in the pipeline. She will also be seen in a film titled Gaslight.