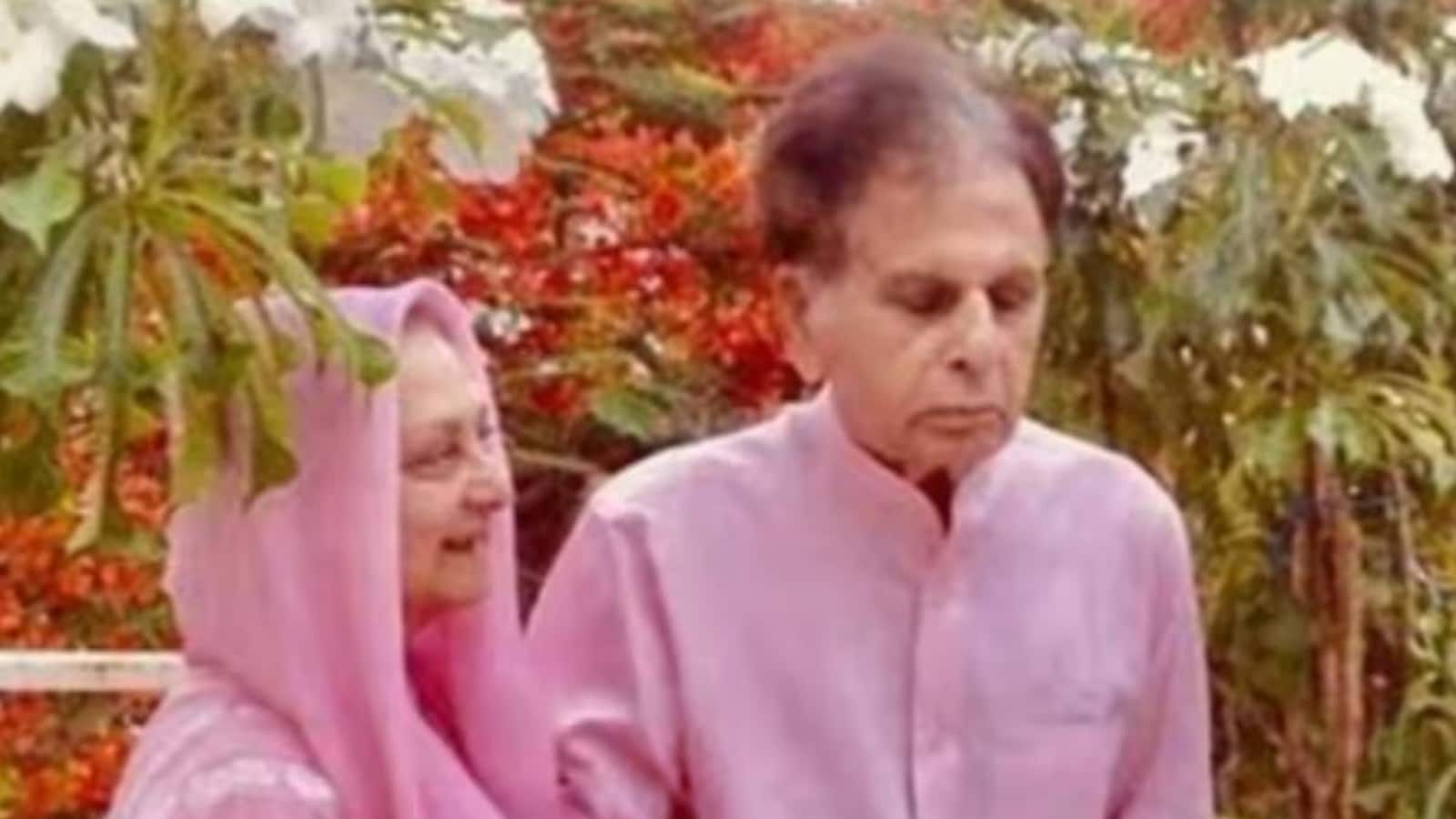 Dilip Kumar and Saira Banu had an age gap of 22 years, but they were together for years.

Saira Banu has been frequently visiting the hospital even though she has not been keeping well herself, of late.

Late actor Dilip Kumar’s younger sister, Farida, has been hospitalised in Mumbai. Although the family has been tight-lipped about it, reports suggest that Saira Banu and Farida’s nephews are looking after her. According to ETimes, Farida has been admitted to Kokilaben Ambani Hospital for seven days now.

The media house also reported that she has been unwell for quite some time. Farida’s nephews, Saqib (Mehboob Khan’s grandson) and Imran (Fauzia’s son) have been taking care of her. Along with them, Saira Banu is also looking after her. The veteran actress was quoted as saying, “They (Saqib and Imran) are a great source of strength.” Saira Banu has been frequently visiting the hospital even though she has not been keeping well herself, of late.

Dilip Kumar and Saira Banu had an age gap of 22 years, but they were together for years. The couple had become each other’s pillars of strength through thick and thin.

Dilip Kumar was known as one of Hindi Cinema’s finest actors. The legendary actor was credited for bringing a sense of realism into acting. Filmmaker Satyajit Ray used to call him the ‘ultimate method actor’. The late actor played prominent roles in several classic Hindi films in the 1950s and 1960s. Some of them include Mughal-E-Azam, Devdas, Naya Daur, Ganga Jumna, and Ram Aur Shya, among others. He was honoured with two of India’s highest civilian awards – Padma Bhushan in 1991 and Padma Vibhushan in 2015.

After a protracted illness, Dilip Kumar breathed his last at the age of 98 on July 7 last year. He was laid to rest at the Juhu Qabarstan in Santacruz, Mumbai.