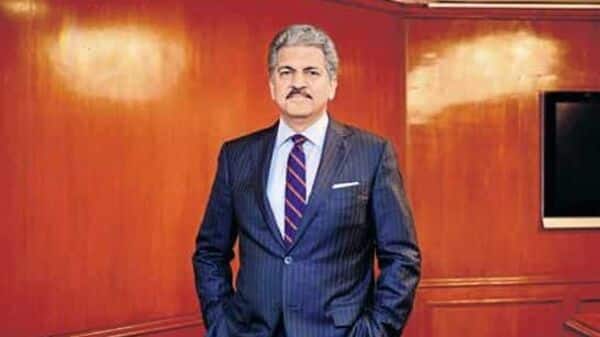 The demolition of Noida’s twin towers was an epic moment in the history of India. Over lakhs of viewers were glued to the TV channels while thousands came to the site on Sunday to see the unprecedented explosion which reduced the 100-metre tall structures to a huge pile of rubble.

The extraordinary moment has also grabbed the attention of Anand Mahindra. The industrialist, who every Monday shares a motivational message, shared the demolition of Noida’s twin towers this time on Twitter.

Anand Mahindra said the demolition reminded him that sometimes “We need explosives to demolish the excess ego”.

The business tycoon captioned the video as “Why am I using the demolition of the Noida towers for Monday Motivation ? Because it reminds me of the dangers of letting our egos get too tall. Sometimes we need explosives to demolish the excess ego”.

On Sunday, the illegal twin towers in Noida‘s Sector 93A were grounded by waterfall implosion technique in 12 seconds. Mumbai-based Edifice Engineering and South Africa’s Jet Demolitions were the two companies that carried out the challenging task – the Central Building Research Institute (CBRI) and the Noida Authority began a structural audit of the adjoining buildings.

Many people travelled to Noida hours ahead of what could be a once-in-a-lifetime sight, as 3,700 kilos of explosives bored into the pillars and walls of the two residential buildings went off in quick succession.

Just after 2.30 pm, the floors of the twin towers collapsed onto each other in a stack that then sat amid other complexes in Noida, Uttar Pradesh.

As the doomed buildings went down, a cloud of dust rose obscuring the doomed towers’ very final moments.

A group of people gathered in the open cheered and clapped. “It was worth it,” Ashish Suman, who had come from Delhi’s Uttam Nagar, said.

About 5,000 people from the adjoining Emerald Court and ATS Village societies had left their homes hours before the demolition under the evacuation plan. Nearly 3,000 vehicles and about 200 pets were also taken out of harm’s way for the next several hours.

The dust settled in a few minutes. Water sprinklers and anti-smog guns were activated at the site soon after the demolition to help contain the dust.

Officials reported cracked windows and a broken boundary wall, but apparently no significant structural damage to the high-rises next to the demolished towers.

The Supreme Court had ordered the demolition on August 31, 2021, upholding a verdict by the Allahabad High Court. It held that illegal construction has to be dealt with strictly to ensure compliance with the rule of law.